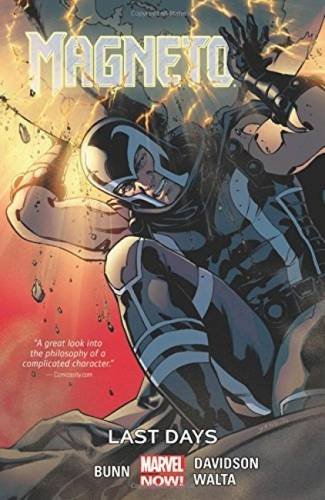 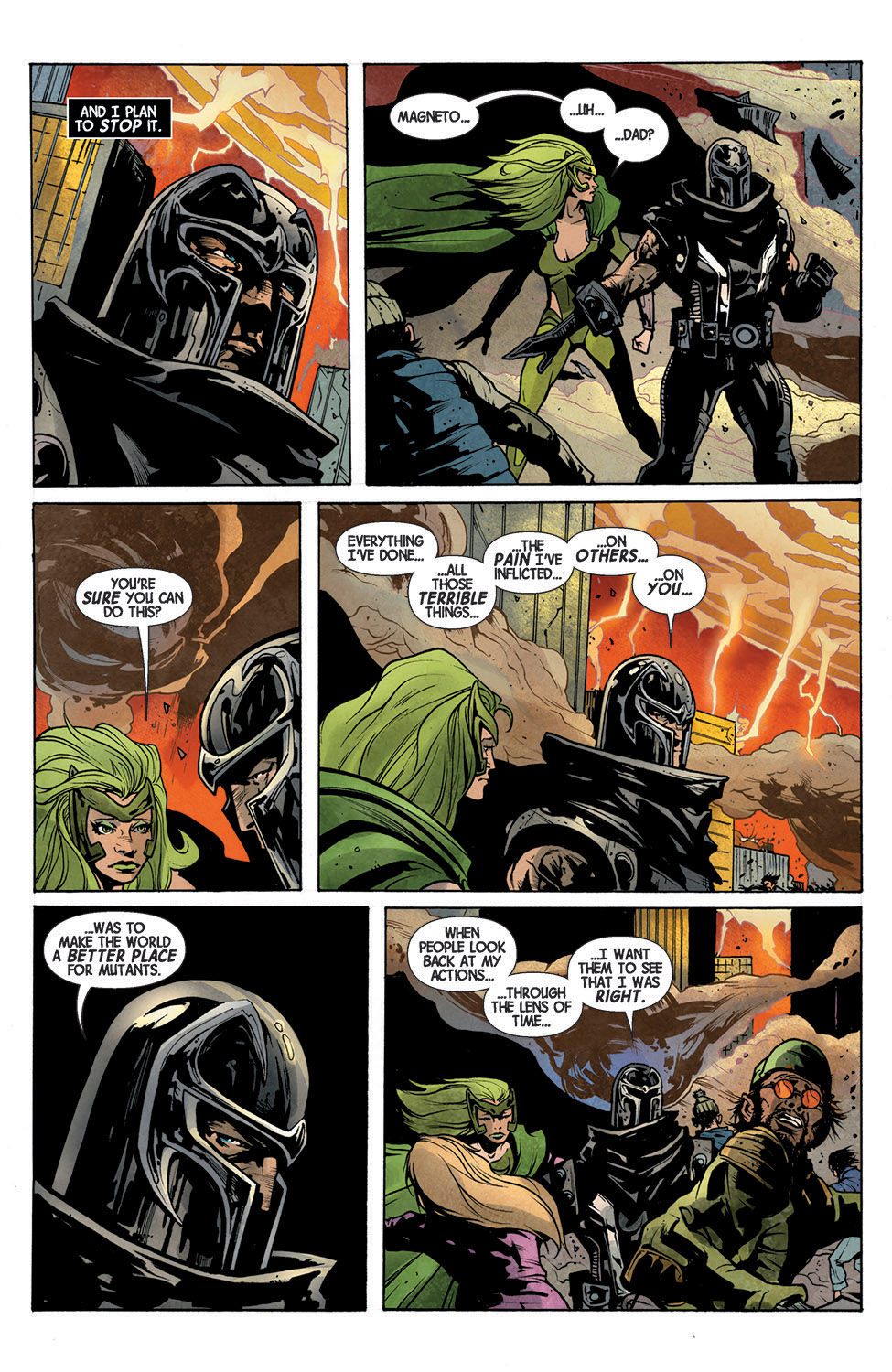 While it’s been patchy overall, the consistency of Cullen Bunn’s Magneto series has been a constant questioning of ethical priority. Since Chris Claremont first reconfigured him from out and out villain into a more rounded character in the 1980s, ethics have been at the core of any decent portrayal of Magneto. Bunn has stripped him down and reconstituted him, and in Shadow Games Magneto again concluded his role was as the protector of mutants. Events have someone overtaken him, though, and he takes on the larger role of protector of the entire planet as the concerns of Secret Wars intrude.

Unfortunately, that inconsistency manifests again. The opening chapter depicts three fine conversations with Namor, the Sub-Mariner, enveloped by the ongoing problem of “incursions”, characterised by pompous and expository dialogue not really concealing a lack of plot. These holding manoeuvres continue until the final chapter. The sections completely devoid of desperate last battles against incursions are very good, filling in gaps from earlier moments in the series, and underlining some, but the remainder is dull. It seems Bunn had no interest in the crossover material being shoehorned into his series, and it shows, and what’s intended as a widescreen emotional conclusion doesn’t really work. Not least because it’s a plot run so many times in superhero comics that it lacks any credibility, no matter how well the lead-in has been constructed.

Paul Davidson is very good in portraying the differing emotional moods contrasting a definitive last stand, but it’s nice to see original series artist Gabriel Hernandez Walta back for the concluding chapter. He’s enhanced by the colour work of Jordie Bellaire, whose work is far more subtle than that of Paul Mounts in the preceding chapters, and Walta continues Davidson’s process of using different styles to distinguish past and present.

As this would be a very slim collection at a mere four issues of comics, there’s what can either be viewed as padding or a welcome bonus. Polaris, Magneto’s daughter, appears throughout the present day narrative, so we’re presented with her first appearance from the 1960s. This isn’t the work for which Jim Steranko will be most remembered, but even half-hearted Steranko is very good. His spectacular sense of design and ambitious layouts still impress decades on, although he’d lost all interest by the end. Unfortunately Arnold Drake’s accompanying script lacks coherency and his dialogue is woeful.

Bunn’s Magneto has been sporadically interesting, but never consistently, and that’s frustrating, not least because when Bunn’s on form there are excellent moments. All the strengths and weaknesses of previous books are on display here, and those who’ve enjoyed them will enjoy this.