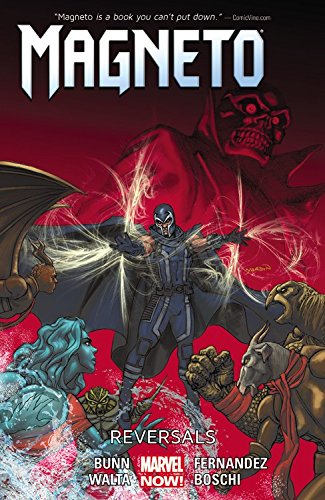 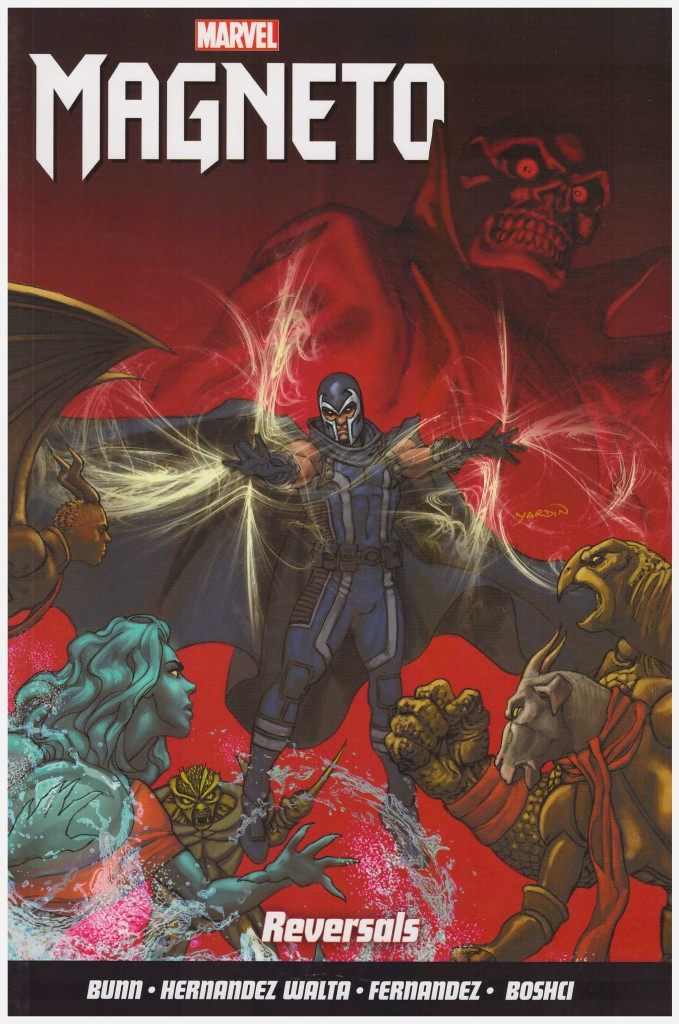 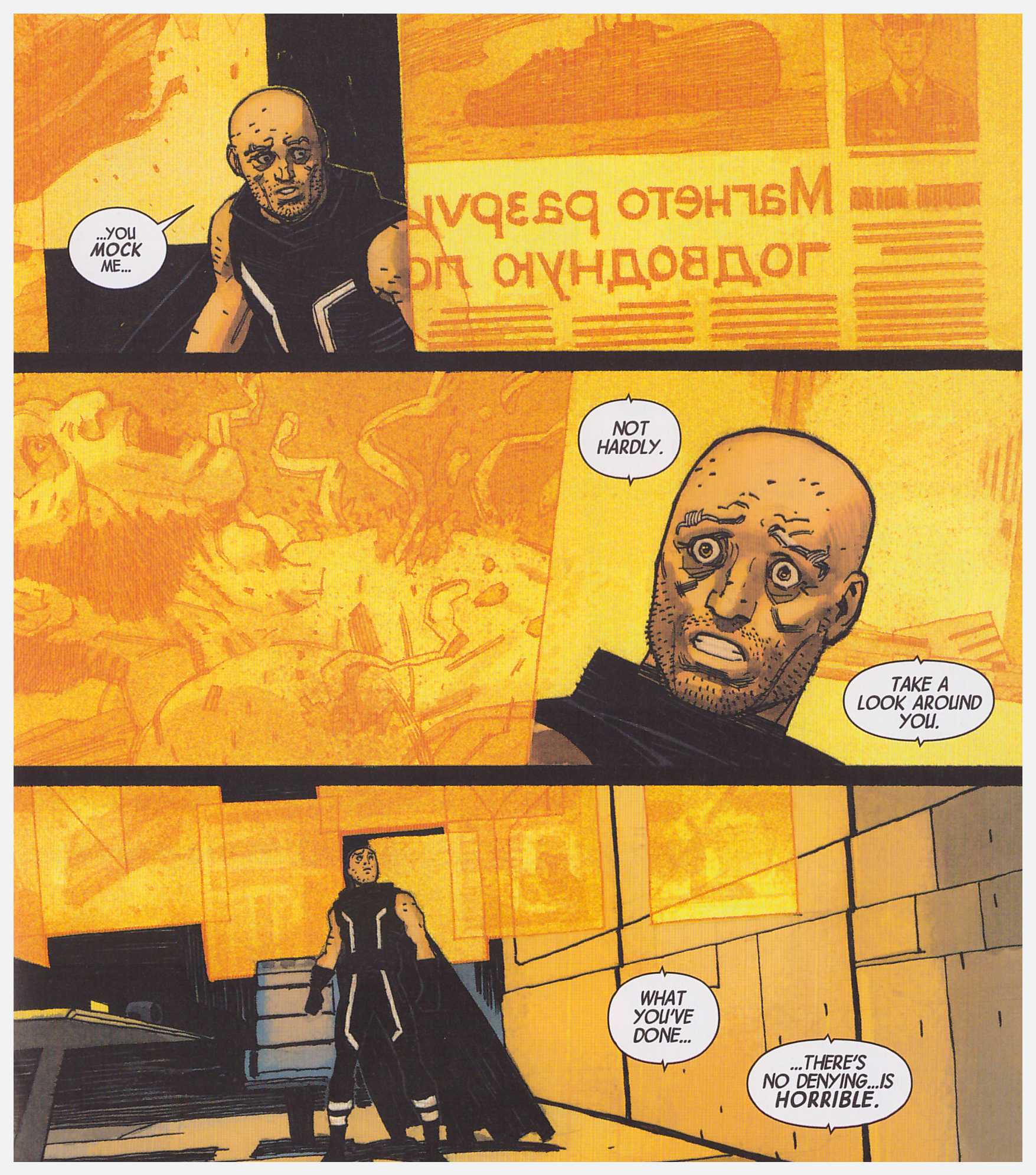 The Magneto presented in this series is not quite the master of magnetism he once was. His abilities have been diminished, and he’s now reliant on manipulating smaller objects, although does so very effectively. His agenda remains that of pro-actively protecting mutants, and he’s been hunting down and slaying those who have been persecuting them. He’s also none to fond of those peddling Mutant Growth Hormone, a synthesised drug requiring mutant tissue, and temporarily conferring mutant powers to those who inject it.

In Infamous he acquired an ally able to point him in the direction of problem areas, and the opening chapter finds him in Hong Kong, where mutants are abducted from the streets and forced to fight to the death in a seedy gladiatorial arena. There are also S.H.I.E.L.D. agents on his trail.

Most of the previous book featured the very distinctive pencils of Gabriel Hernandez Walta, but he only completes two chapters here, sharing two more with Javier Fernandez whose style isn’t quite as appealing. Neither are the functional, but bland layouts of Roland Boschi.

Beyond the Hong Kong interlude the story ties in with the Axis crossover, first as Magneto attempts to free and inspire mutants held captive by the Red Skull, then as he gathers a group of villains to fight back against how the world has been changed. Writer Cullen Bunn splices this with much self-questioning, and a few interludes from the past as Magneto’s current philosophy is laid out, and he eventually reaches some conclusions. While interesting to begin with, it’s a formula that’s rapidly becoming ponderous. The series continues with Shadow Games.