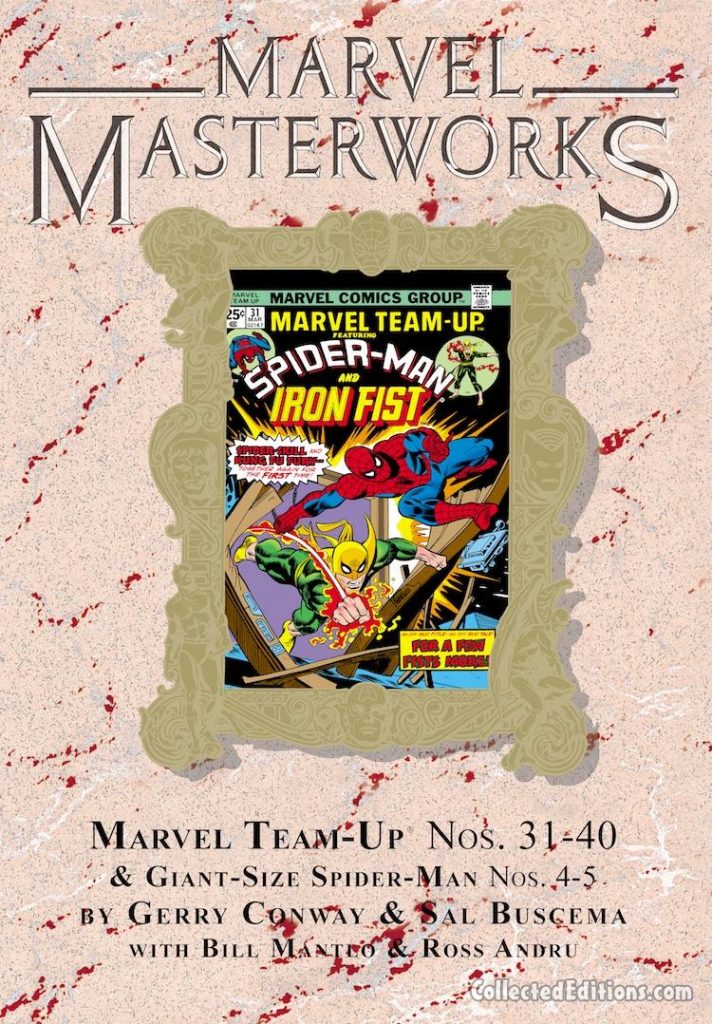 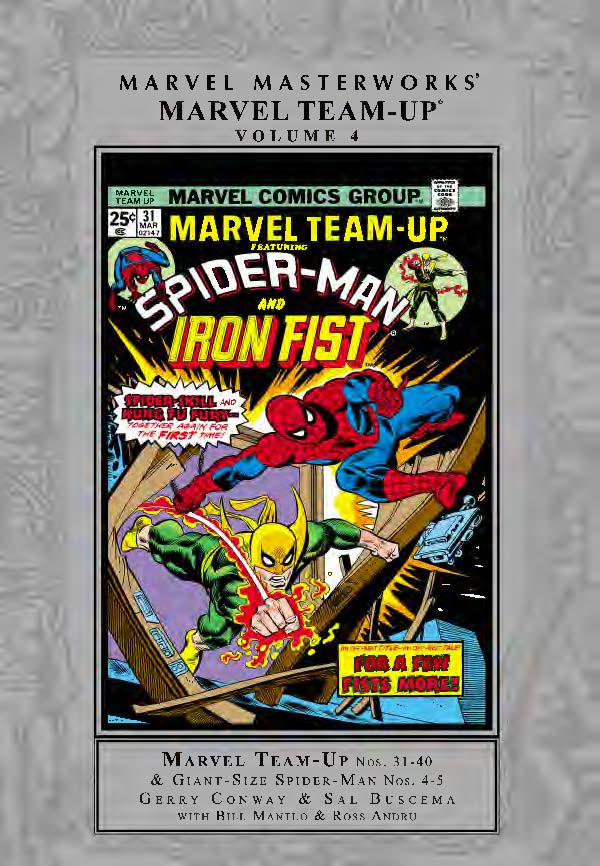 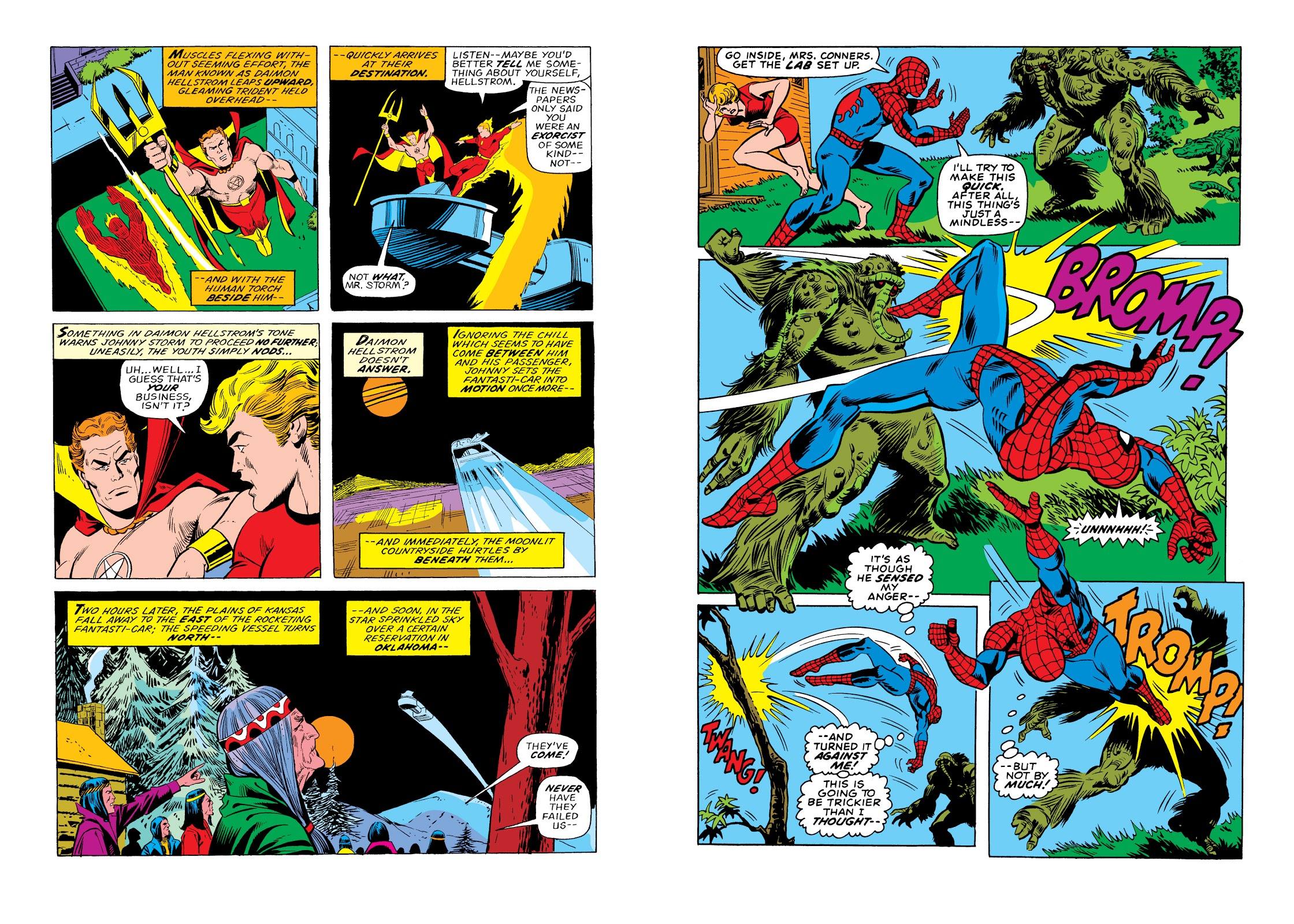 If an indication is needed about how Marvel thrashed around between genres during a period of expansion in the mid-1970s, this volume is surely it, with Spider-Man the poor schmoe slotted into stories featuring monsters, martial artists and a murderous assassin. To counterbalance that we have more commonplace superhero team-ups with Nighthawk, Valkyrie and the Human Torch, and the jaw-dropping realisation that not only did Marvel cover-feature a character called Son of Satan, he came with his own bespoke logo.

Len Wein, the most uninspired writer featured in the three previous volumes is absent here, and Gerry Conway, not always inspired himself, writes nearly everything. Likewise Jim Mooney, the most perfunctory of artists, only draws the opening story, making way for the refined clarity of Sal Buscema. That alone raises the quality level, but Conway injects some inspiration previously absent. The opening story with Iron Fist may start with another of those scenes where the heroes meet and beat on each other, but the idea of a villain living his life backwards is interesting, and the Punisher’s appearance isn’t just another round of New York gangsters. Instead he and Spider-Man infiltrate a slave labour camp.

Hero battling co-star is reprised with Son of Satan, Nighthawk, Man-Thing, and Man Wolf, in total, fully half the team-ups, and while most of the stories are average, not all are. Ross Andru draws a great Florida swamp, and the involvement of a suicidal scientist is well handled, and there are some surprises in Conway’s swansong, which sees Spider-Man first meeting Frankenstein’s Monster, then Man-Wolf.

After that Bill Mantlo becomes the regular series writer, taking us into Volume 5, and starting well with a crime story guaranteed to pique the interest of anyone who remembers the earliest Spider-Man material. There’s a Masterworks edition of that, fyi. It sets the Big Man against the Crime Master, but aren’t they both dead? It’s that mystery sustaining what’s otherwise ordinary, and drops down further for the forced involvement of martial artists Sons of the Tiger. The solution, though, is inventive and unpredictable. It indicates Marvel Team-Up is on an upward quality curve, and the next volume bears that out.

All but the Punisher and Man-Thing stories are also available in black and white in Essential Marvel Team-Up Vol. 2.