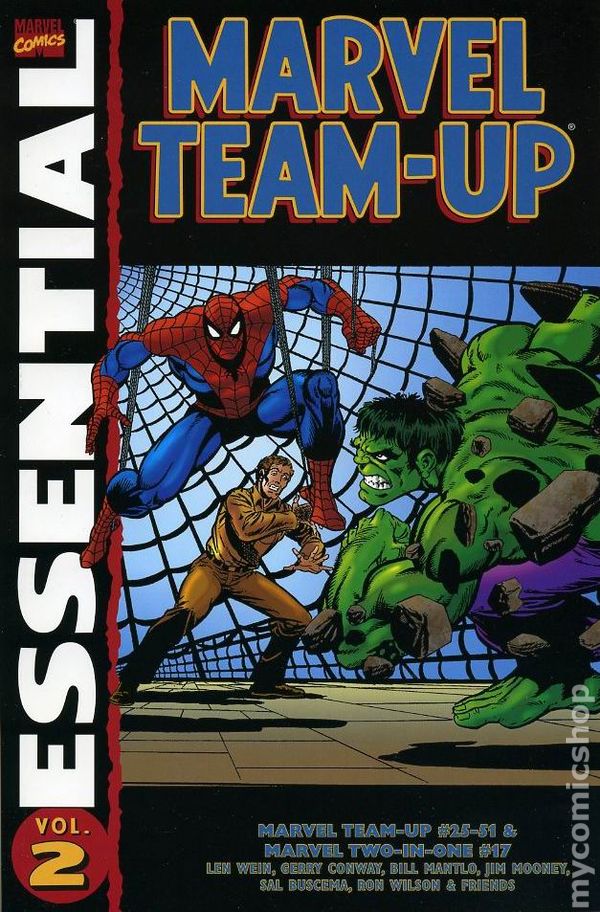 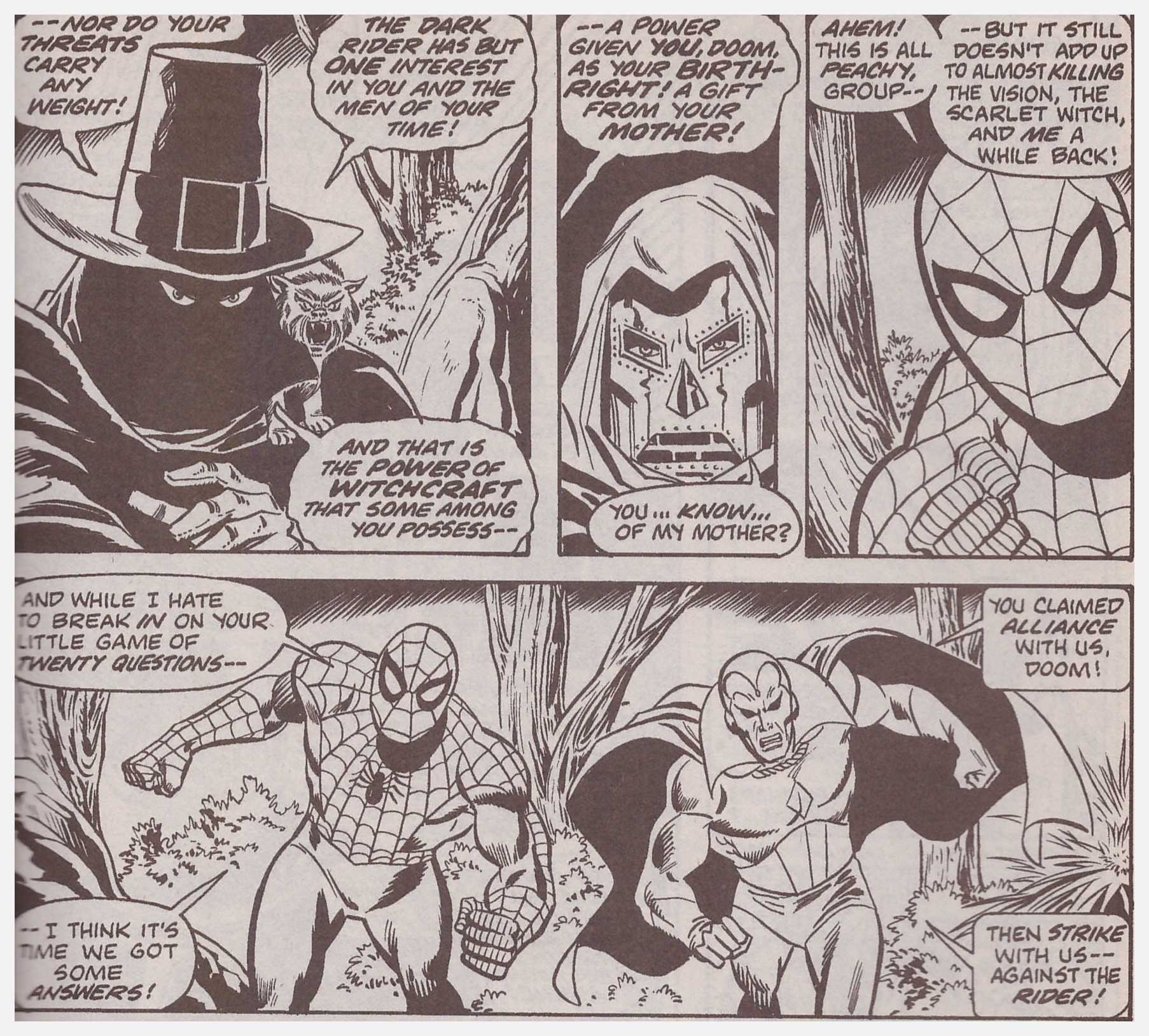 The earliest chapters continue the run of mediocrity that characterised the first volume of Essential Marvel Team-Up, bottoming out with a preposterous story in which Manhattan is sheared from its bedrock, towed into the Atlantic and held for ransom. Thankfully Hercules is on hand to tow it back into place. An enquiring world wants to know what Gerry Conway was smoking the night he wrote that one.

For a while at the start of the book it appears commercial common sense has been editorially instituted, with more of Marvel’s top of the line character’s starring alongside Spider-Man or the Human Torch, but insanity prevails with a run of consecutive issues co-starring the Falcon, Iron Fist, Son of Satan, Nighthawk, and Valkyrie. Yes, there was time when Marvel would not only publish a character called Son of Satan, they’d splash his name all over a cover complete with bespoke logo. As previously, there’s little thought applied to the content, by primary writers Len Wein and Gerry Conway, but dig those 1970s fashions. When Jim Mooney draws a pair of creased flares you could slice your pizza with them.

Two-thirds of the way through the book, though, the quality rises slightly as Bill Mantlo becomes the writer. He quickly realised that no-one cared about the content as long as the pages were filled each month, but was a little more creative in his outlook. This is best exemplified by a four chapter story involving Spider-Man, the Scarlet Witch, the Vision, Doctor Doom and Moondragon being dragged back to the era of Cotton Mather and the Salem witch trials. Some elements are every bit as daft as the preceding issues, but it displays far more ambition than that material. It’s followed by a trip to the future in which Spider-Man meets Killraven, then Deathlok, and Mantlo introduces his own supporting characters, with police Captain Jean DeWolff a particular favourite. The story featuring her is another highlight, the mystery well perpetuated at the start, and moving into unpredictable areas. Mantlo’s plotting is efficient, but his dialogue all too often lets it down.

The majority of the later material is pencilled by Sal Buscema, always prioritising storytelling clarity above all else, and that’s about the highlight for this selection. Matters improve with Volume 3.