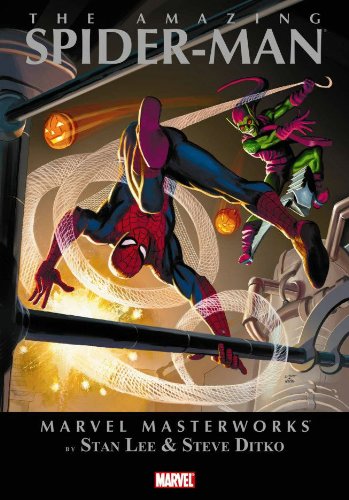 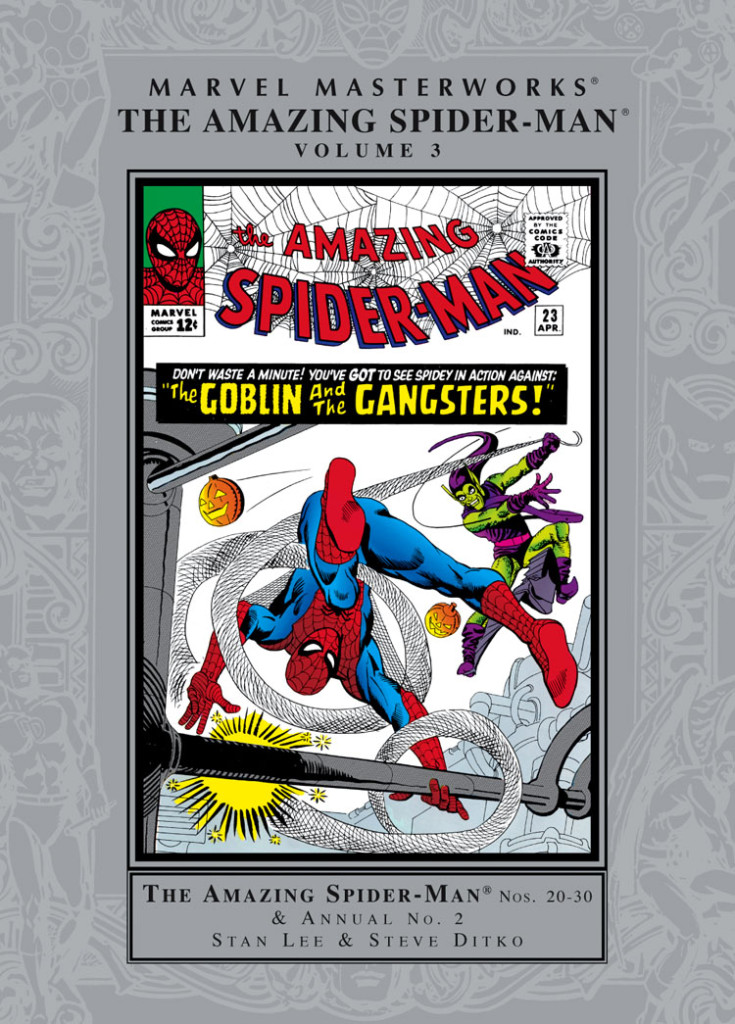 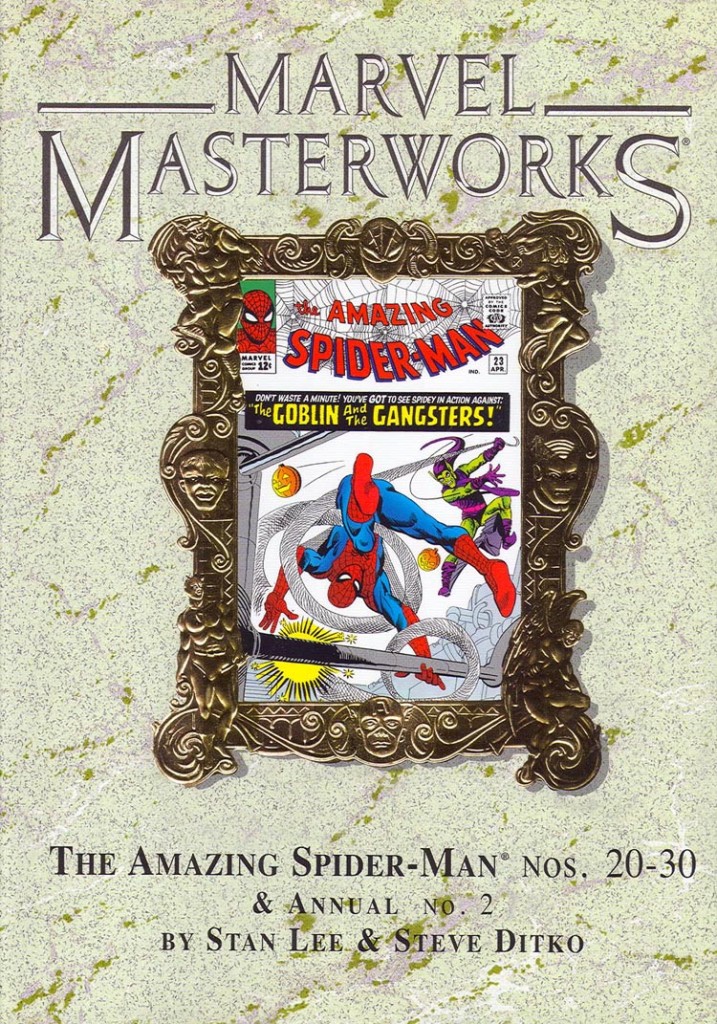 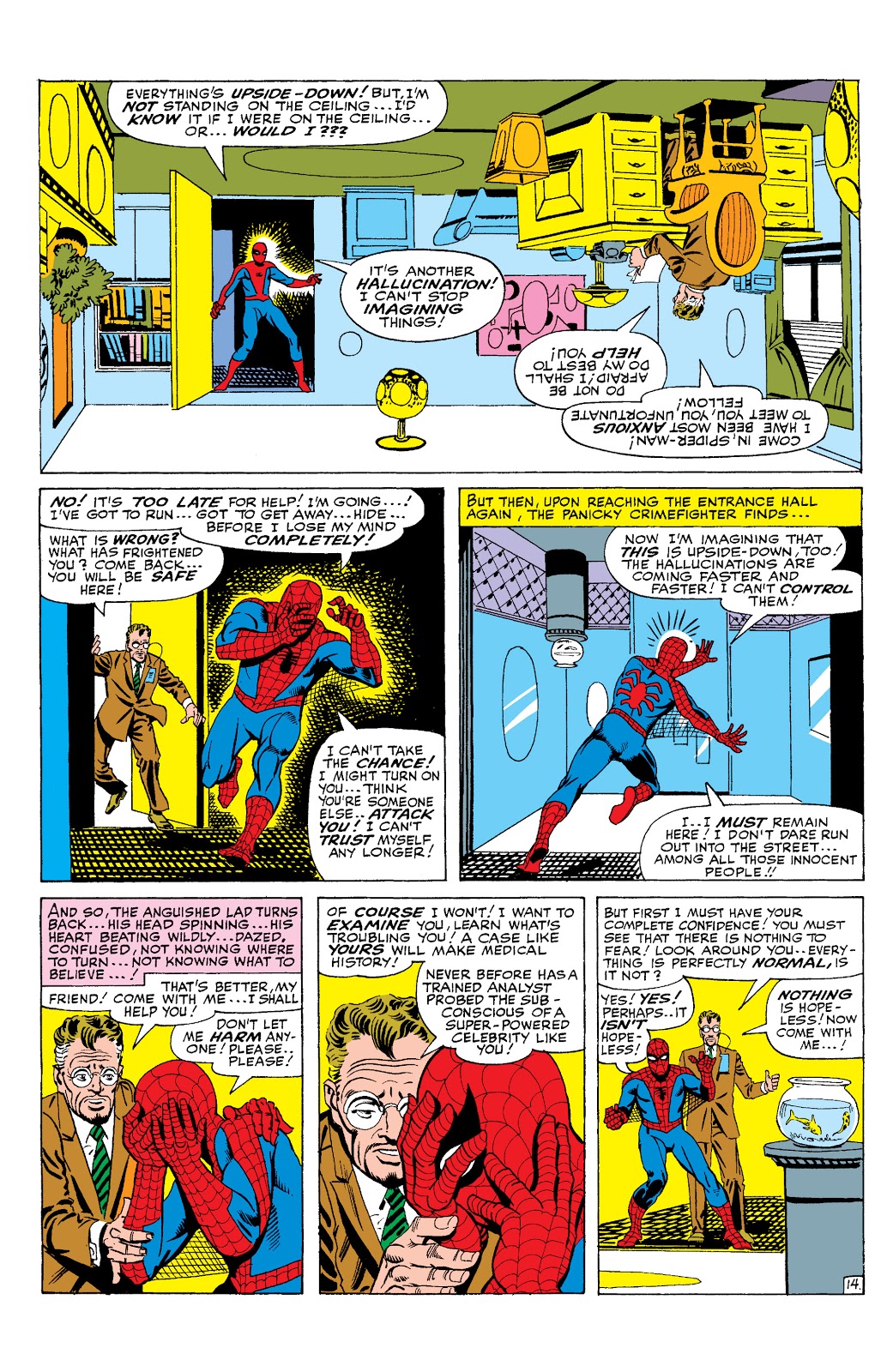 This third presentation of Spider-Man’s earliest comics, largely from 1965, shifts emphasis a little. It’s been reported that artist Steve Ditko felt crediting Stan Lee with writing the material that he created from often extremely brief plot outlines under-valued his contribution. The opening stories reprinted here still credit Lee as writer, but from midway through it’s Ditko plotting with Lee scripting. In volume four Ditko delivers what’s possibly the most fondly recalled of the earliest Spider-Man material (after his origin story), but there’s a less-remembered, yet equally classic tale here.

In the first volume a surprising face was revealed when the gang leader known as the Big Man was unmasked. Having served his time, many don’t believe he’s truly reformed, particularly not with a new mysterious and masked gang leader named the Crime Master now operating. The suspicion over this person’s activities is well built up over several tales, and another earlier story sees the Green Goblin starting to muscle his way into the gangs. It all explodes in a brilliantly layered two part crime drama with the tension maintained until the final pages, and Ditko’s rendering of seedy dockland hideouts extremely evocative.

If only all the content were up to that standard. Whoever truly plotted the preceding material, it’s very much ebb and flow. Some only marginally varies previous stories. There’s a rapid recall for the Circus of Crime, a troupe Lee loved, and another bout of friendly rivalry with the Human Torch. The better plots have Spider-Man visiting a therapist, with some outstanding art from Ditko (and it’s easy to speculate the plot was his), and the origin story of the Scorpion with J. Jonah Jameson crossing a line. Earlier printings omit this tale, which was included in earlier printings of volume two.

Ditko saves his best artwork for an annual, teaming Spider-Man with the other character he was working on at the time, Doctor Strange. The disorientation Spider-Man experiences when entering the worlds Strange inhabits is a stunning melange of bizarrely connected miniature spheres, decorative flat planes and areas of illogical open space. Again, earlier printings are missing this story, which can be found in the earliest printings of volume four.

Also making their debut here are the Spider-Slayer, a robot commissioned by Jameson to deal with Spider-Man (ho-hum), and the far better introduction of the Molten Man. He’s a career criminal who receives an accidental power upgrade, and has connections with a member of Peter Parker’s supporting cast. That cast appears less in this volume with the exceptions of Jameson and Betty Brant, on/off girlfriend. Aunt May’s participation is notably minimised.

The better stories here are the best Spider-Man comics to this point, visually and narratively imaginative, but they’re countered by around a third of the book lacking the same sparkle, whereas the previous volume was consistent throughout. Volume four is better.

Everything here is also available along with all the other early Steve Ditko Spider-Man tales in the Amazing Spider-Man Omnibus volume one, and collected along with the material from the next volume in the more affordable black and white Essential Spider-Man volume two.