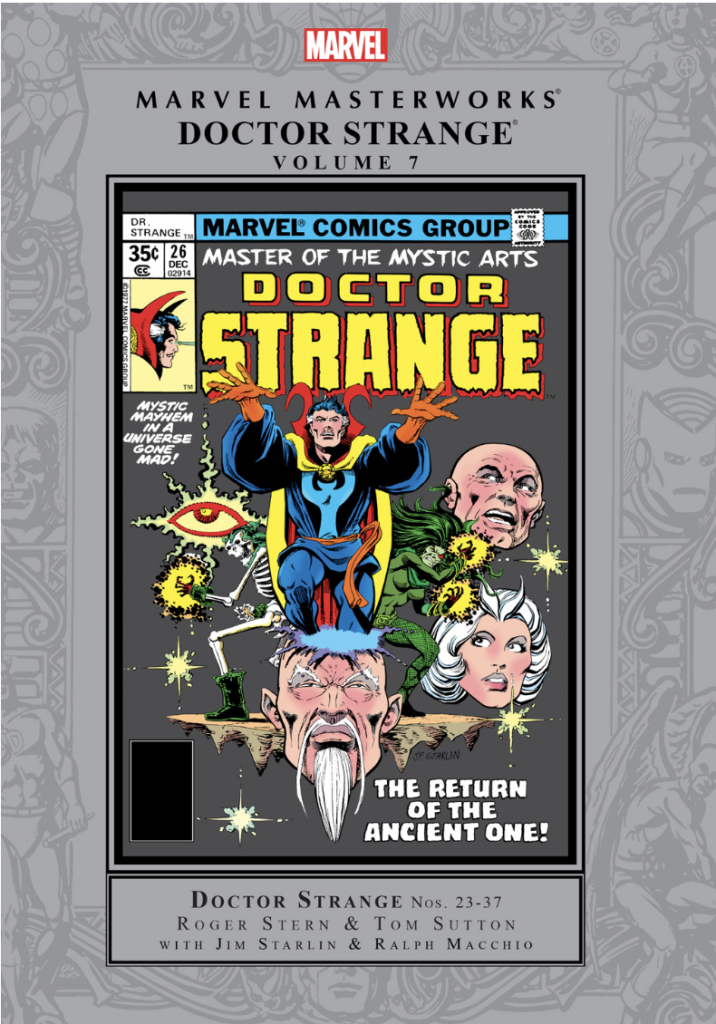 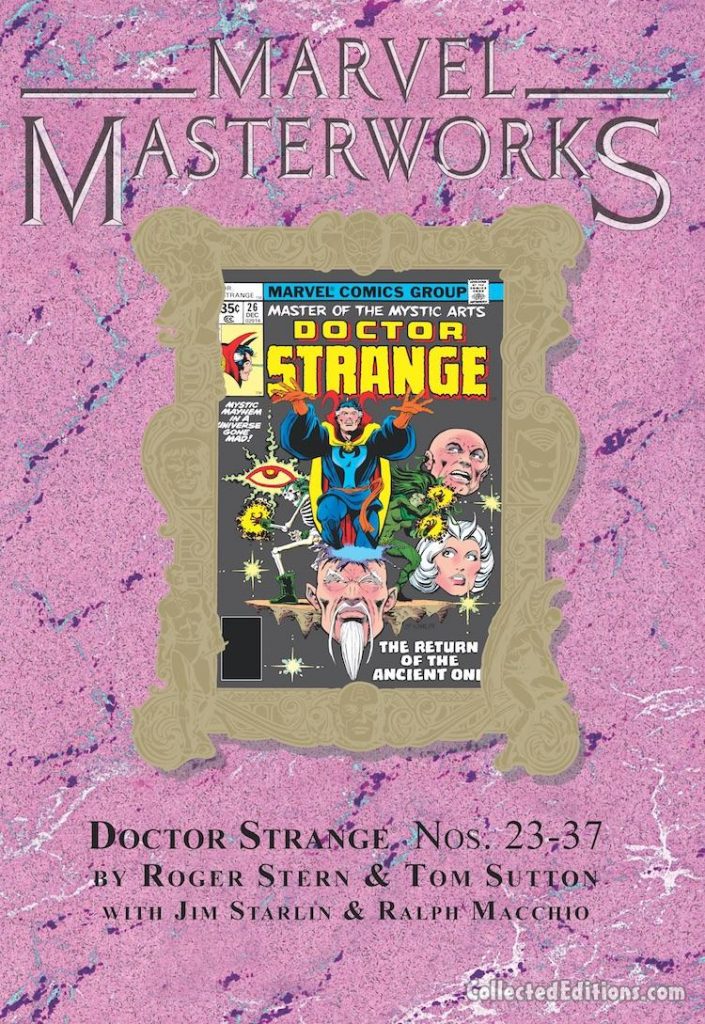 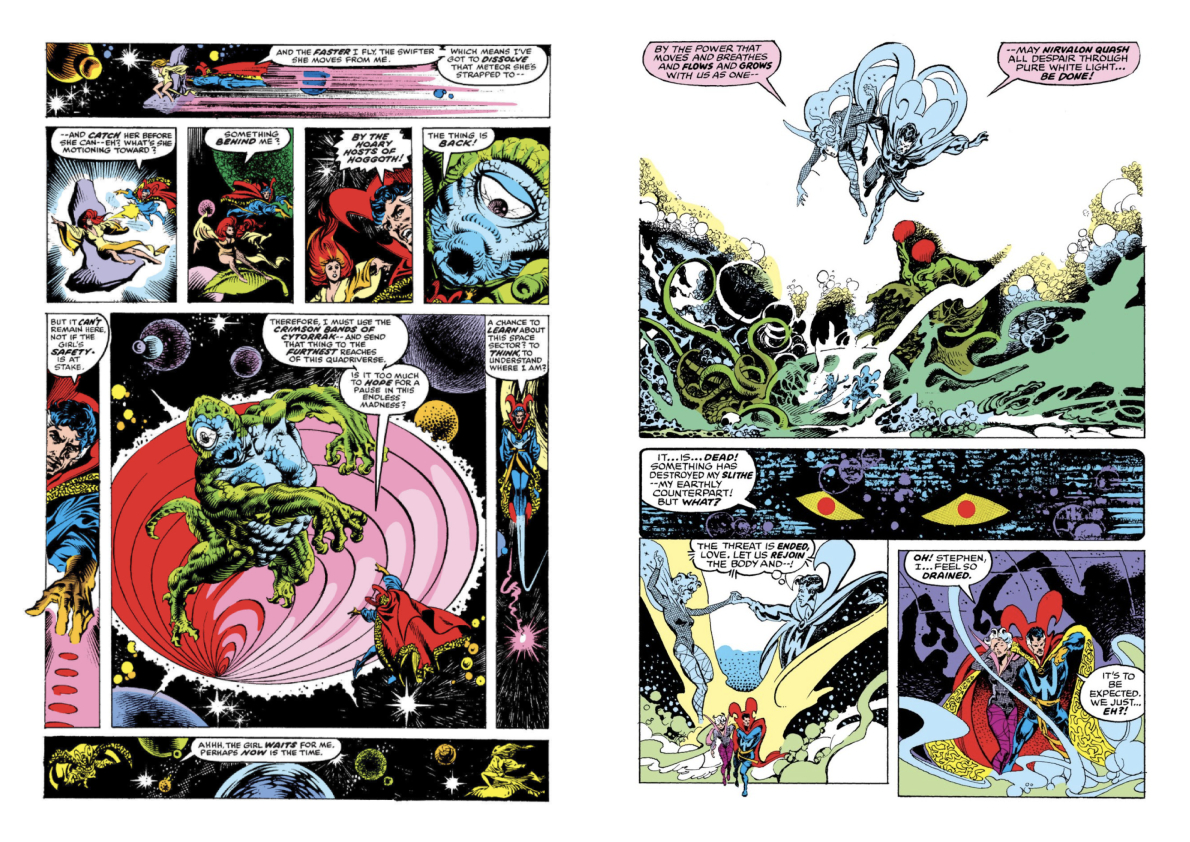 When taking over from Steve Englehart, Marv Wolfman summarily demoted Doctor Strange from the ill-defined role of Sorcerer Supreme (see Volume 6). If Wolfman aimed to draw the character back to more earthly concerns, (as Roy Thomas had done in Volume 3), there’s no sign of it, with Strange caught up in the same inter-dimensional god-bothering. This time, it’s with hooded (non) entities The Creators, who want to destroy his/our universe. Writing duties pass to Jim Starlin, who introduces the In-Betweener and ‘cosmic balance’ themes from his Warlock series, then leaves rookie (as the latter’s foreword notes) Roger Stern to conclude the story. Routine overall, the arc has many memorable moments, including the boar-headed ‘Dr Stranger Yet’, the Ancient One’s back-alley return to Earth, and a confused Clea throwing spells at Police and civilians. However, these are undermined by some fantasy barrel-scrapings, like a rescued damsel and medieval knight flying an eagle. The Quadriverse proves anti-climactic, with Strange having apparently navigated all four sectors and effortlessly passed their supposed challenges, without fanfare, until the denouement explanation.

The historic strength of Doctor Strange has been the visualisation of the magical worlds and phenomena, and here stories only work as well as their art team. The pencillers are all strong, with fill-ins by Alan Kupperberg and Ricardo Villamonte merging seamlessly, but the ink and colour is a lottery. Past masters of mystic artwork Tom Sutton and Jim Starlin, are mismatched with inkers Ernie Chua and Rudy Nebres, though the latter yields impressive if mannered results (pictured, left). P. Craig Russell, and Pablo Marcos represent the best and worst inkers on Sutton. When Sutton is finally able to ink himself, he delivers some stunning pages (pictured, right) approaching the series’ peaks of Steve Ditko, and the Colan/Palmer team. Joe Sinnott, acclaimed inker on Jack Kirby, is similarly mismatched with Howard Chaykin. Gene Colan returns for the last two instalments, with Dan Green aiming to approximate Palmer’s inking.

Roger Stern channels the Roy Thomas era (Masterworks 3 and 4), keeping Strange on Earth, and menaced by a Lovecraftian ancient evil, this time The Dweller in the Dark. He has fun with a series of shorter stories manoeuvred by the off-stage foe, tying them into the Marvel universe, with guest appearances from the Avengers, and Strange’s Defenders colleagues Nighthawk, then Namor. Some cast Strange as a (Sherlock Holmes style) consulting detective, sought by superheroes, detectives and adventurers, facing supernatural problems. Stern borrows heavily, as well as those mentioned, incorporating the Black Knight, and his neighbour, (Ditko era Strange associate) Victoria Bentley. The resourceful Stern even weaves together elements from two horror shorts. Initially hired as an assistant editor, Stern proves himself a capable writer under pressure, though on this showing, adding few new ideas.

Given the pressures on the expanding Marvel operation, and ever-changing personnel on this series, the result is a decent book. There are some memorable moments amongst two routine arcs. Some brilliant artwork surfaces through the mismatched inkers, with Sutton’s best work here approaching the best so far on the series. Colan continues into Volume 8, with Chris Claremont, at the peak of his X-Men success, taking over script duties.

The same material is included in the fifth paperback Epic Collection: The Reality War. 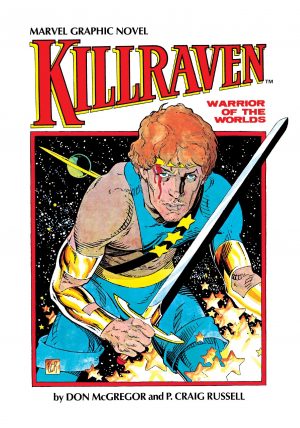