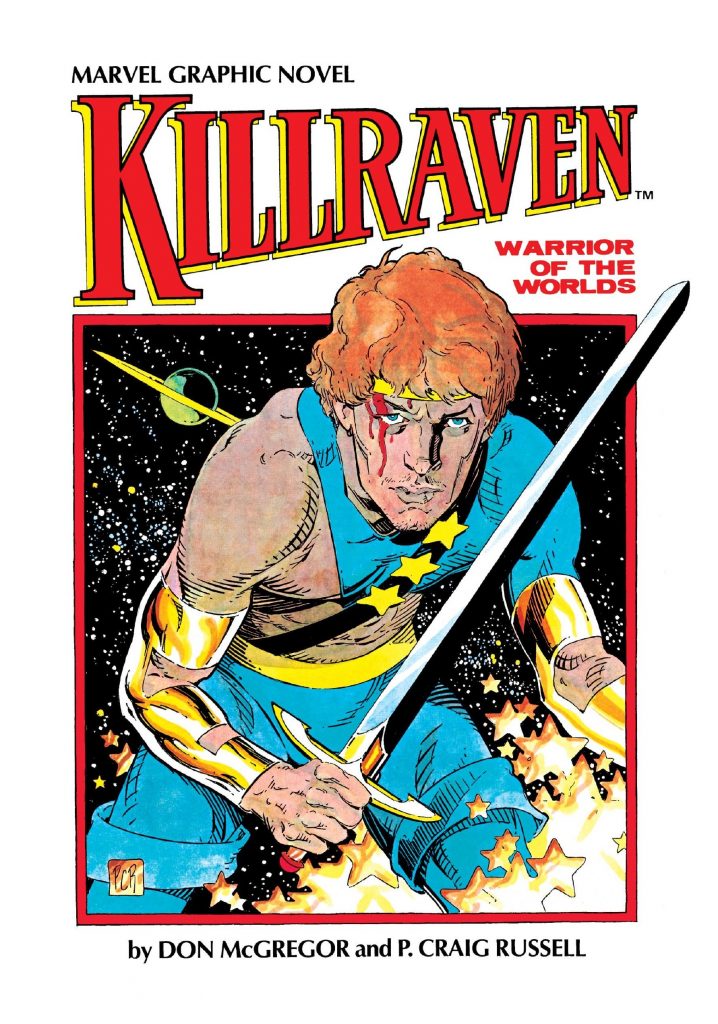 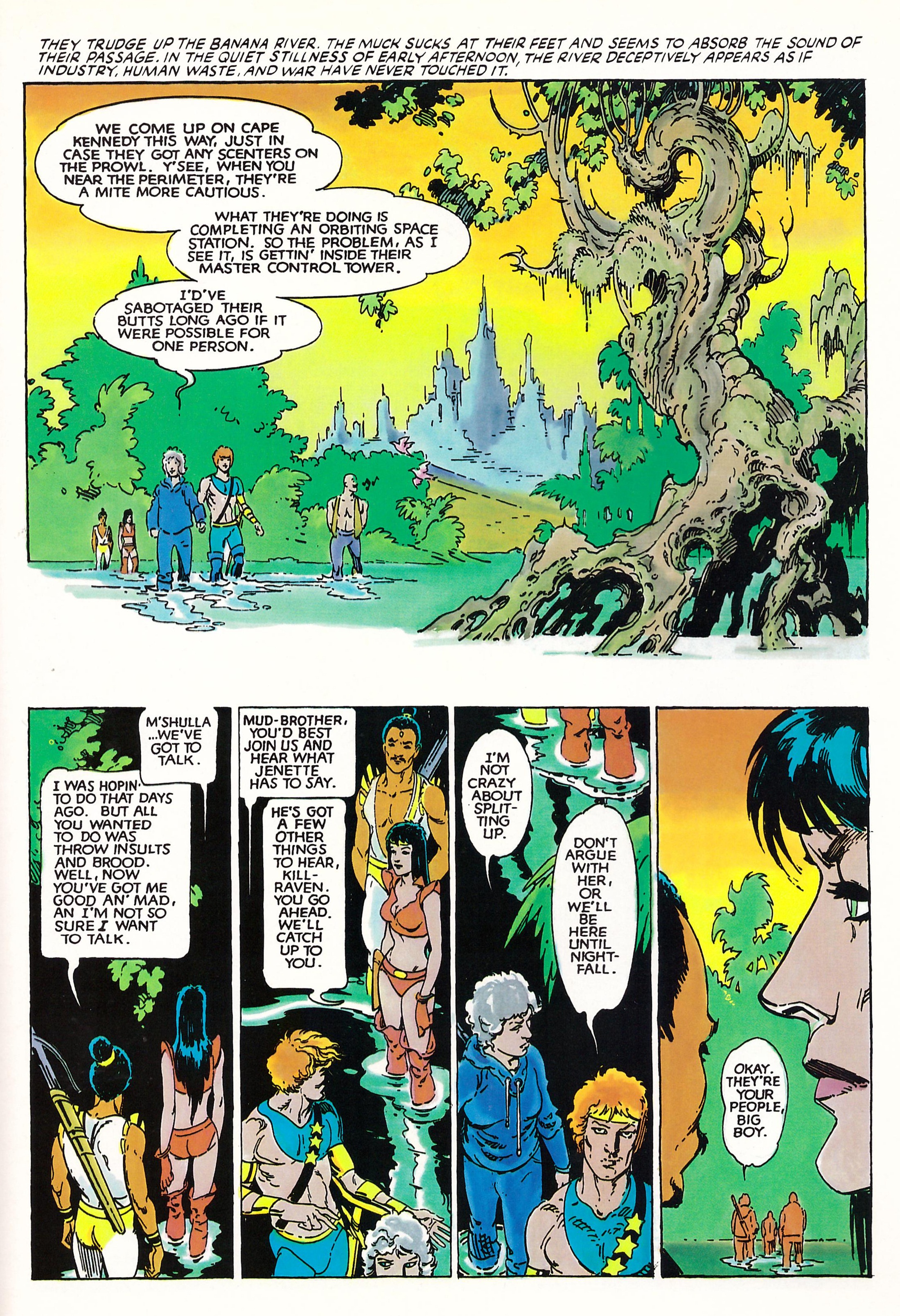 Killraven is a warrior on a desolated and devastated Earth, leading a band of freedom fighters attempting to overthrow the Martian invaders, these the tripod-using blobs from the H. G. Wells novel War of the Worlds. From the mid-1970s Don McGregor and P. Craig Russell had produced an increasingly idiosyncratic and beautiful looking series about Killraven and his allies that defied conventional wisdom about what science fiction adventure in comics should be. It’s all now available in a Marvel Masterworks hardcover.

That edition encompasses Warrior of the Worlds, but there’s a lot to be said for looking out this original printing. For starters, second hand editions are very cheap, not much more than the price of a standard comic in 2019, and that’s for sixty pages of Russell’s sumptuous art on clear white paper stock that’s survived the decades, and a larger than usual format. Furthermore, the reprint has been tinkered with to excise a few of the more adult panels, yet it brightens the colouring to good effect, and rectifies a page printed off-register. Less understandably, the caption leading off the sample page is missing.

In hindsight, the wonder is not that McGregor and Russell’s series was cancelled before completion, but that it lasted for several years. Given the opportunity for another shot seven years after cancellation, McGregor chose not to wrap up the entire series in sixty pages, but to address a few plot points. There was a vague connecting thread of Killraven and his associates making their way across the USA to where his brother may still be held captive, and that journey is the priority. Killraven has a limited form of telepathy, able to remotely enter the mind of a Martian, providing a form of guidance as his quest plays out.

Instead of his emphasis being on the wondrous unknown as it had been, Russell spends a lot of time illustrating the debris of a planet now largely bereft of humans, managing to give cars reclaimed by nature a strange beauty. Three pages of photo collage aren’t as impressive, but that’s small potatoes as time after time Russell nails a beautiful portrait of Killraven or provides a spectacularly coloured scene unique to his sensibilities. Curved structures with pointed turrets are a feature of Russell’s work, and some beauties are presented here.

McGregor continues the rambling style of the original series, but tones down the presence of the more exotic threats until the finale, permitting plenty of character interaction and the introduction of people, who bring something new to the group gestalt. There is some over-writing, especially the text accompanying the collage pages as Killraven comes to understand much about what he is, but Warrior of the Worlds still reads extremely well, and even if it doesn’t resolve every sub-plot from the 1970s series it’s a far better stopping point than the strange interlude that brought the original series to a close.