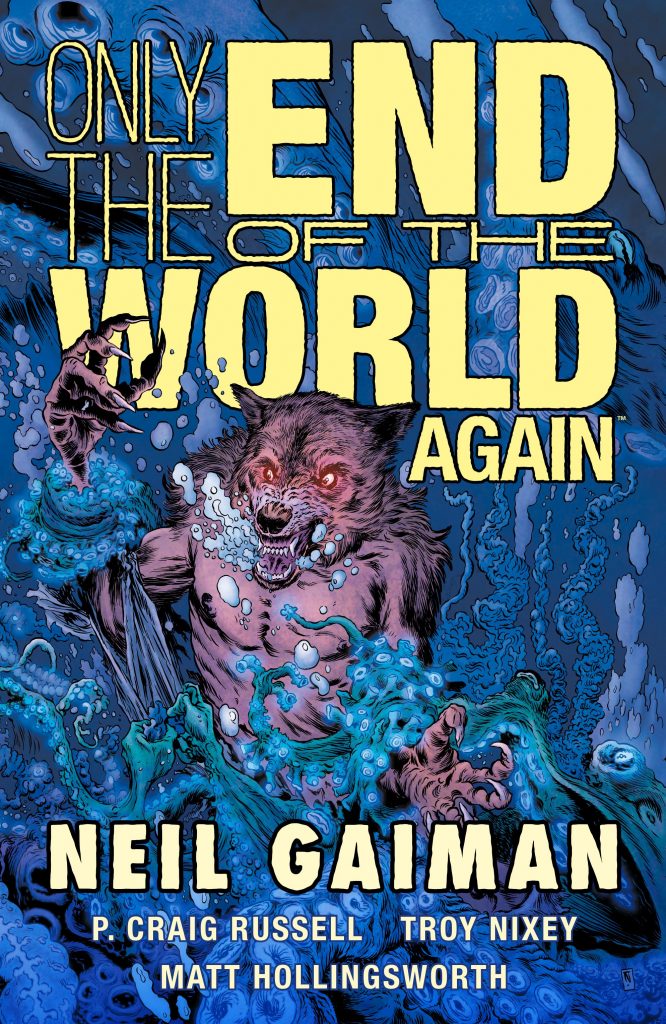 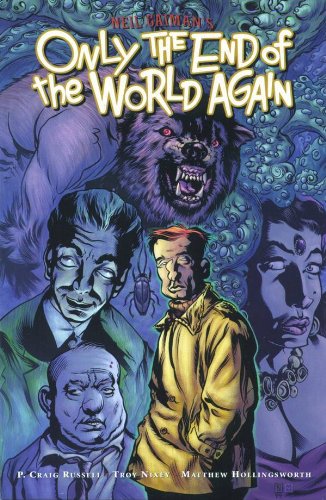 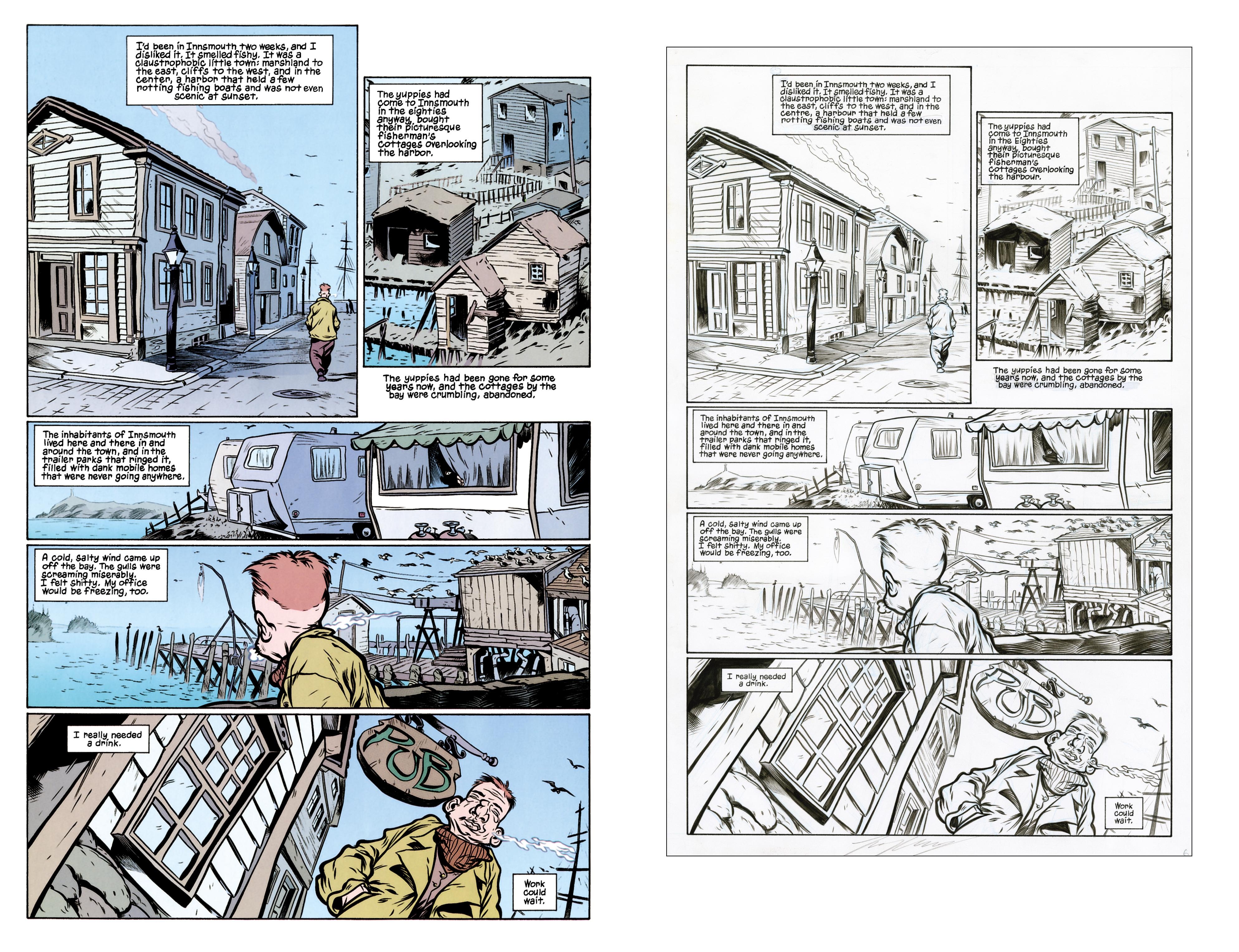 Lawrence Talbot is a werewolf, which has frequent unfortunate consequences. Everyone in Innsmouth appears to have an idea as to how he can end his curse, but Lawrence isn’t that bothered. He’s an adjustor by trade, Neil Gaiman’s little joke, recently arrived in the New England town, set up in his shabby office and, as becomes apparent, he’s not very welcome.

Beware this adaptation is the short advice, because there’s not very much of it. Just about a third of the page count, in fact. The content is padded out with the page breakdowns P. Craig Russell provided for Troy Nixey to draw the story, and with the black and white results, which had been the form of an earlier edition from Oni Press in 2004. The difference here is that Matt Hollingsworth has applied colour, very nicely, but is it worth $20 for a hardcover that in effect presents the same story three times?

The presumption is that Russell’s adaptation uses as much of the text from Gaiman’s short story as possible. It certainly reads that way, and also as much as anything as an exercise on Gaiman’s part, to summon the mood of H.P. Lovecraft. He’s a skilful writer, and the result is a skilful pastiche, but hardly anything that bears more than a single reading as Lawrence is gradually embroiled in sinister events. That’s rather damning on Nixey, whose lumpy people are a complete contrast to Russell’s precision on other Gaiman adaptations and offer a different insight. He’s very good. Otherwise, though, slight and unmemorable.