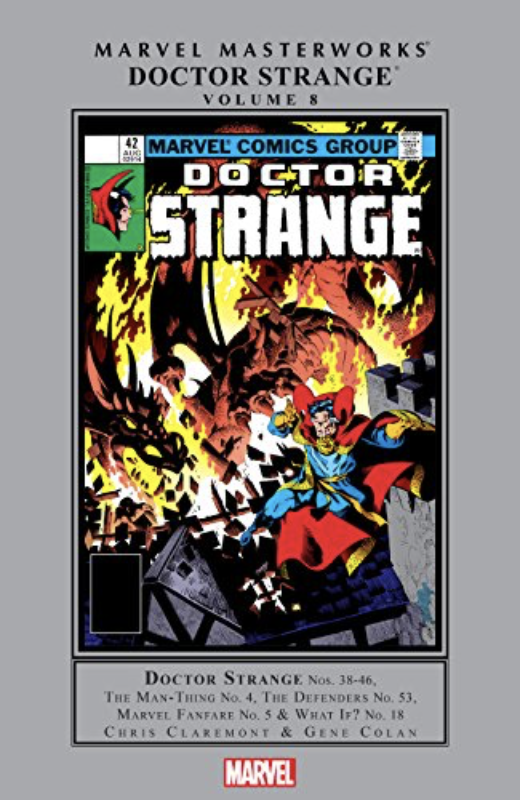 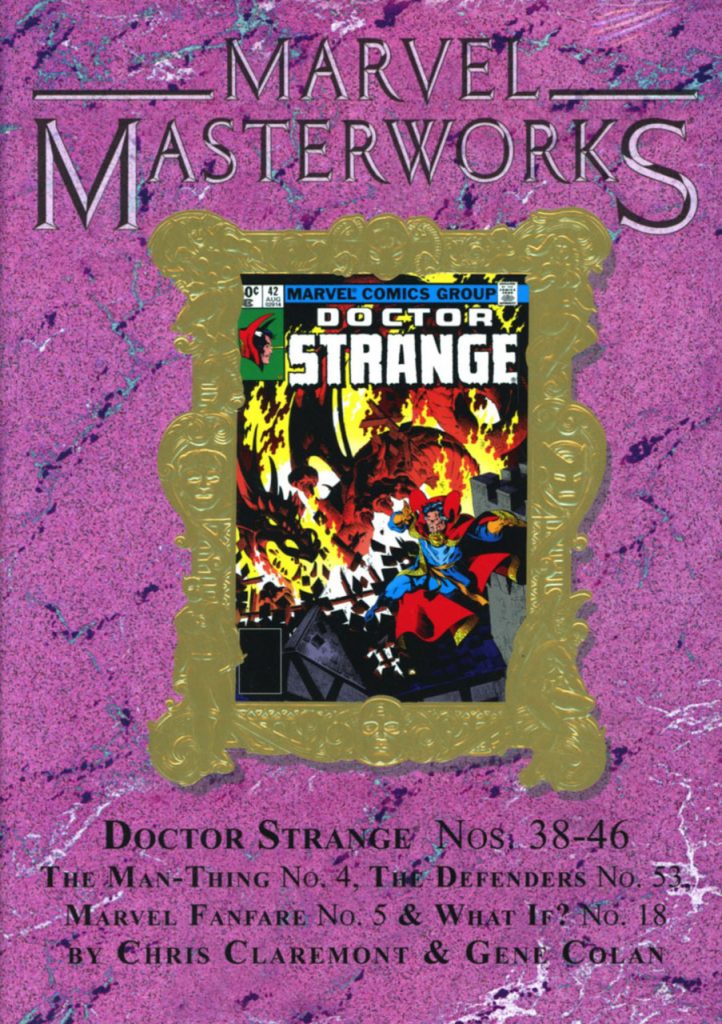 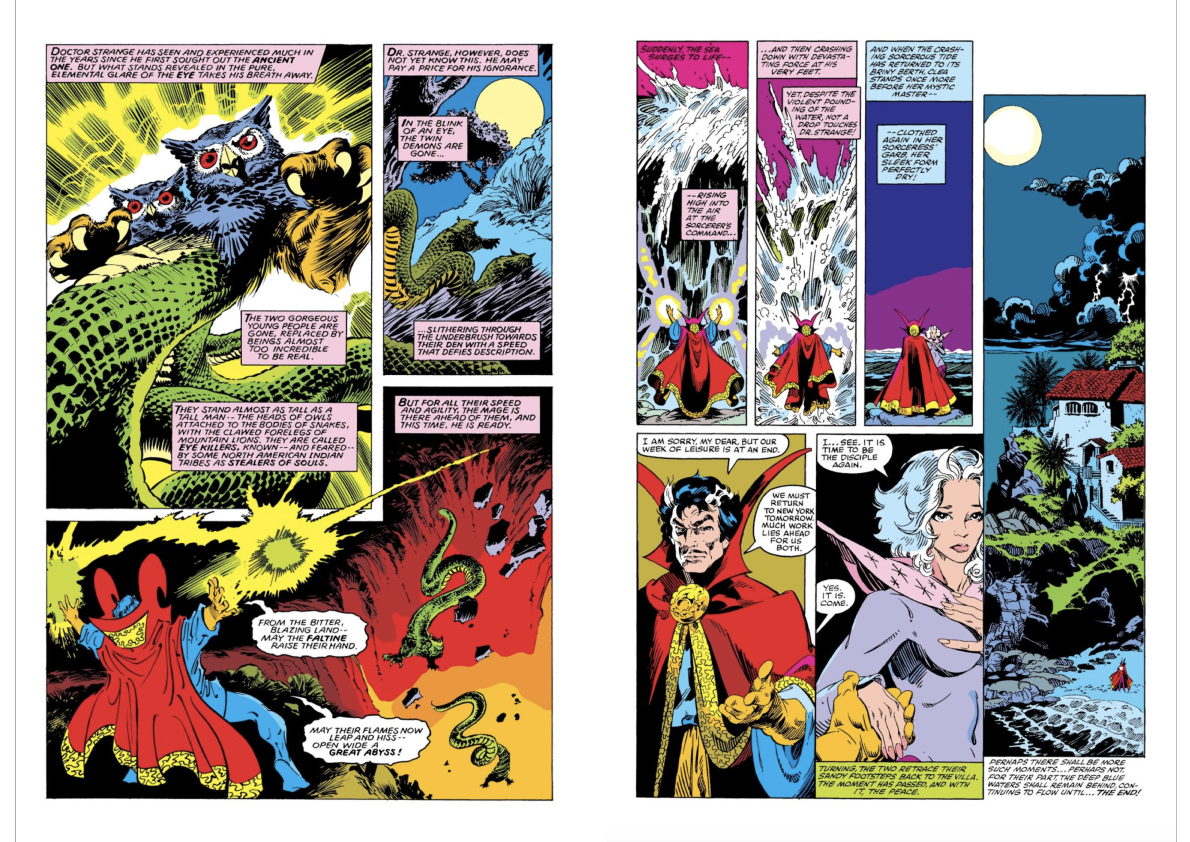 This eighth chronological collection of Doctor Strange, continues the third run on the series by artist Gene Colan from Volume 7, here joined by popular X-Men writer Chris Claremont. This presents nine instalments, from around the turn into the 1980s, with some crossovers, and contemporary related material.

Writer changes have seen the series swing between earth and magical realms. Claremont initially focusses on the earthly, establishing the Greenwich Village setting, and practicalities like date-night and domestic finances. He expands the cast around Strange, introducing French old flame Madeleine, and Native-American neighbour Sarah Wolfe, while making more of established ‘family’ – valet Wong, and disciple/lover Clea. Claremont also adds mystics from Native American and Chinese traditions, and takes Strange (by earthly means) to different locations, so channeling the internationalism and diversity he brought to X-Men.

Clea had been rescued by Strange from the Dark Dimension, (though only after she had taken great risk to save him), and she’s still, too often, someone needing rescued. Steve Englehart (Volumes 5 and 6), had notably tried to progress Clea, as does Claremont here, developing her abilities and confidence, and giving her a mission to track down Wong, now apparently the one needing rescued. It’s a welcome move for Clea, and develops some backstory for Wong. She’s further empowered in her first solo story, and features with Strange in one-offs.

Claremont delivers some fresh stories. Entertaining plots encompass the earthly – car-chases and news-hounds, and the supernatural – the return of original rival Baron Mordo, and a crossover with Man-Thing. He uses both magical and earthly elements, notably Madeleine, to delve fruitfully into Strange’s pre-sorceror past. Claremont can slip into heavy narration, but uses it effectively, putting us into Strange’s inner doubts and fears, so creating a real sense he might fail. There are some glitches, and tenuous plot devices that are easily ignored.

Taking the sorcerer into a sword and sorcery world is a sound premise, and there are colourful touches, amongst over-familiar fantasy staples. A strong story of sorceress Shalimar, is tied into a fascinating backstory for Wong, but getting them in the same place requires an unconvincing plot device. Moreover, the core tale is burdened by too much exposition of the politics of the story-world, complete with unmemorable ‘alien’ names, making it a slog at times.

Extras include the ‘novel-length’ ‘What If Doctor Strange Became the Disciple of Dormammu?’ This could be predictable, but is elevated by drawing creatively on lesser known details of Doctor Strange stories.

This run of Doctor Strange, (minus the What If? and Marvel Fanfare stories), is included in the more affordable Doctor Strange Epic Collection: The Reality War.