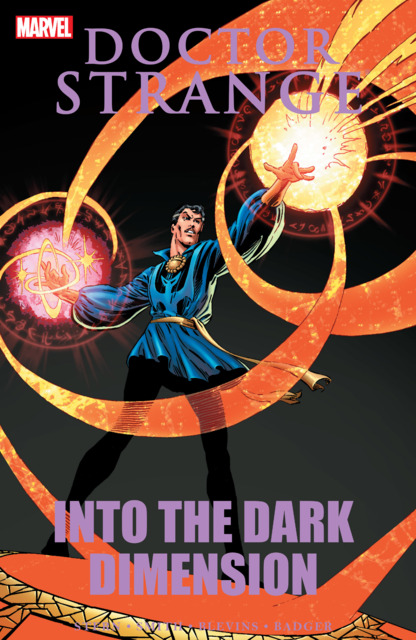 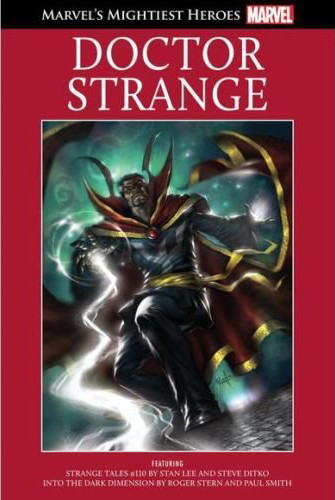 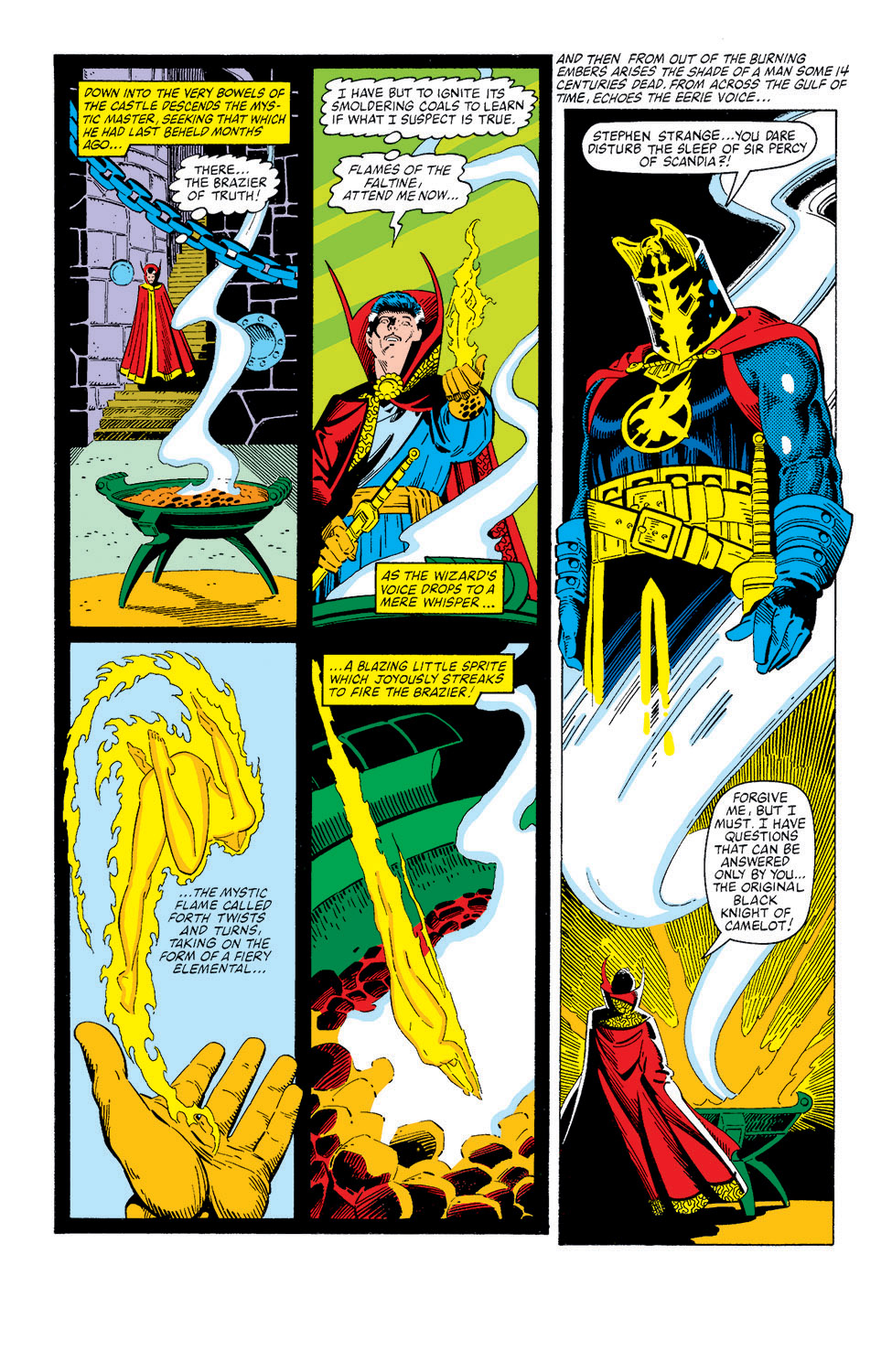 This gathers a run of 1980s comics notable for both the decorative art of Paul Smith and the creative plots of Roger Stern, both of which stand up very well. In other ways, however, this is a graphic novel steeped in the problems plaguing comics of the era. At least in hindsight.

We begin with the Black Knight, throughout his Marvel history a sporadically seen British hero, armoured and possessing a winged horse and mystical sword. He’s behaving uncharacteristically, and while not immediately apparent, this ties into the plot occupying the remainder of the book. The Dark Dimension is usually ruled by flame-headed demon Dormammu, but his defeat when last facing Doctor Strange has left his sister Umar in charge. A rebellion is brewing, though. Convinced Strange is behind it, Umar targets him. Unfortunately for her, he was unaware of the revolt, but she’s now got his full attention…

Oddly, considering how good he is overall, Smith appears to have far greater interest in the non-mystical scenes set on a cruise liner, or in New York, filling these with character and detail, while the scenes set in the Dark Dimension are somewhat ordinary in comparison. There he’ll mix primitive sword and sorcery locales with unsettling floating cities at right angles to each other, but compare the spartan approach with the detail he provides when illustrating Strange checking back in Greenwich Village.

Stern’s plot ramps up the tension before the fireworks begin, even encompassing a diversion illustrated by Bret Blevins that ties into the main story in a creative way. For maximum effect Strange must remain undetected in the Dark Dimension, which is a clever method of creating extra difficulty. He can’t deal with some threats the way he usually would for fear of revealing himself, and Stern’s other passing ideas create a viable scenario, including a shocking revelation for Strange’s former partner Clea.

Yet for all the plot twists and excitement, Into the Dark Dimension is now heavy reading. Stern, in the manner of the times, has the cast express every obvious thought they have, and instead of the art telling the story there are frequent extraneous panels where, for instance, the passengers on a cruise liner look over the railings to comment on the fog as Strange combats a mystical beast. Time and again the writing explains what we already know, what we need to know in unsubtle fashion, or what we have no need to know at all.

Stern saves a good surprise for the finale, and channelling Strange’s artistic creator Steve Ditko, Smith finally brings the mystical battles to life. There’s both an elegance and power to the art and he evokes a fitting mood of desperation, then triumph.

There’s an odd coda that doesn’t fit at all well, despite being the following issue of the Doctor Strange comic. The work of Peter Gillis and Mark Badger produces a different approach, and one that comes nowhere close to matching the preceding story. Into the Dark Dimension would be a stronger collection closing off at six chapters without this.

In the UK the content forms the bulk of Hachette’s Doctor Strange book in their Marvel’s Mightiest Heroes hardback partwork.