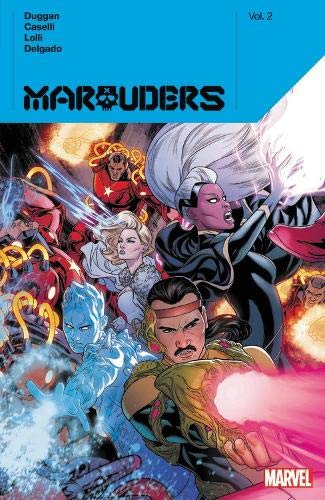 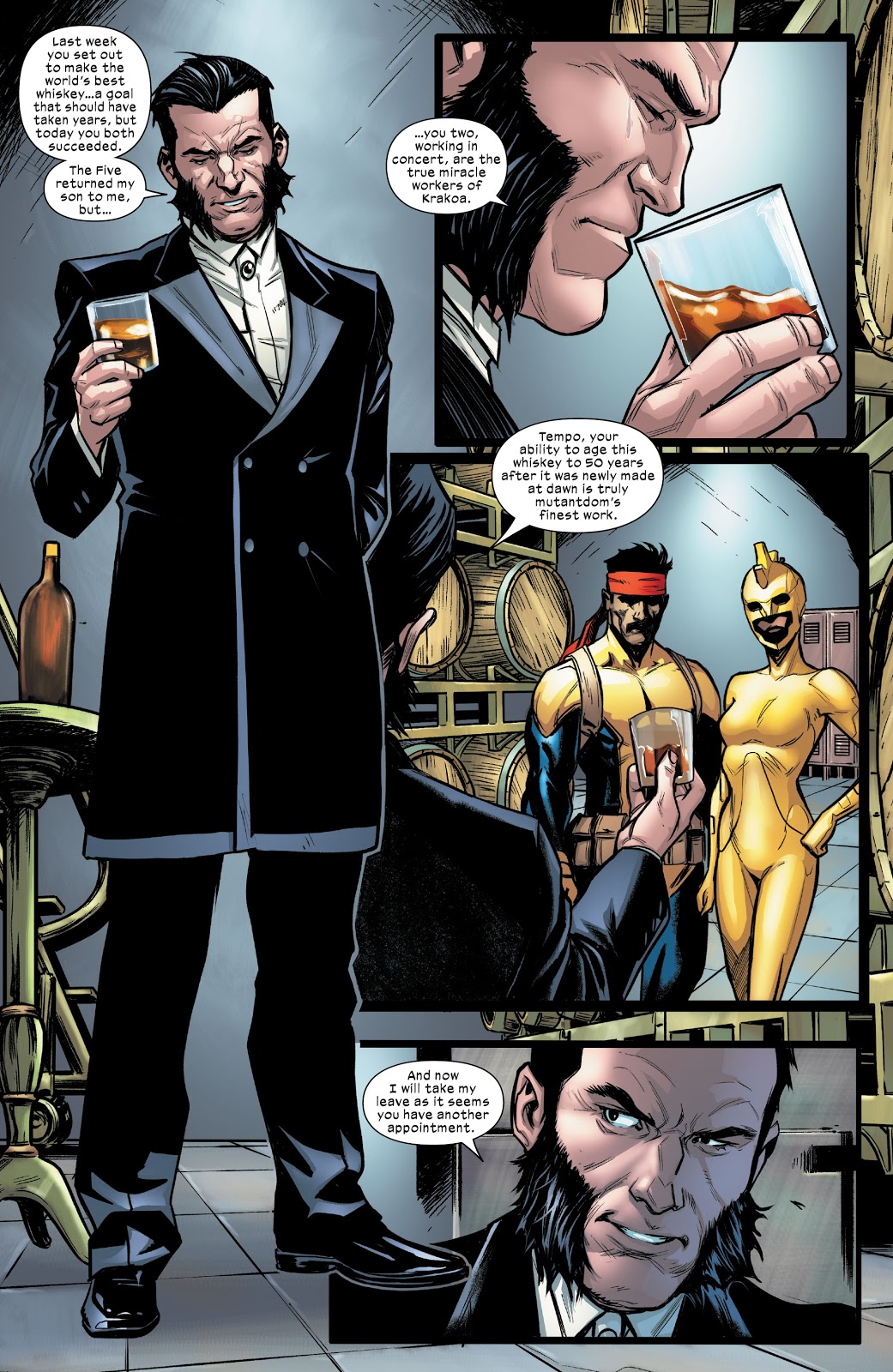 Gerry Duggan set a lot of balls in motion during Vol. 1, and ended with one hell of a cliffhanger, which he completely ignores in the first chapter here, knowing readers will be gnashing their teeth in frustration. Always leave them wanting more. It’s what he does here again.

A frustration about the opening volume is that there seemed little focus, but what’s now more apparent is that Duggan is treating Marauders as a long form story. The number of characters are limited, but they recur, and there’s always room for a few more to be introduced. Over-arching themes are present, though. There’s the political jostling for power in what was the Hellfire Club, anti-mutant sentiment, and the action thriller elements predominate. Is it by intention or design that several of the 2019 mutant titles push into genres other than plain superheroics? Topping up the brew is the idea that even given a paradise with their previous crimes exonerated, some mutants always revert to type, and criminal inclinations win out.

Although previous artist of choice Matteo Lolli contributes two chapters, he’s supplanted by Stefano Caselli, who’s altogether better. He has a better sense of how to tell a story to bring out the big moments, delivers the action better, and plain poses his cast better. Instead of looking okay, this volume looks good.

Obviously, after teasing us all, Duggan does address Vol. 1’s cliffhanger, and addresses it phenomenally well. He drags readers through emotional turmoil along with the mutants on Krakoa, and the less said here, the better the experience will be. He’s not short of other neat ideas either, one of them a throwaway use of mutant abilities many of us would appreciate, seen on the sample art. The final chapter is a form of closure because with Vol. 3 the events of X of Swords begin to predominate, but given everything we know about the person concerned, the ending is very much out of character. And that’s not the only matter. In order to compensate for years of ignoring same sex attraction, Marvel have recently given several characters a new outlook on life. In principle there’s nothing wrong with that, but changing characters who’ve been around for years and never shown any previous inclination other than friendship toward their sex is a cheap dip into fan fiction. There ought to be greater diversity, but not when it contradicts everything we know about a character.