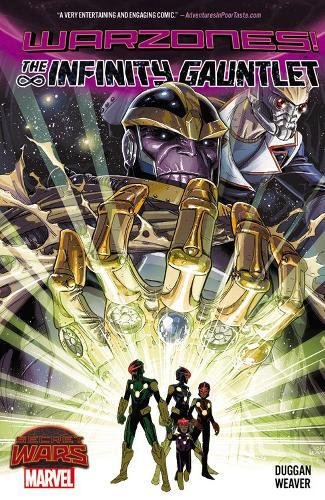 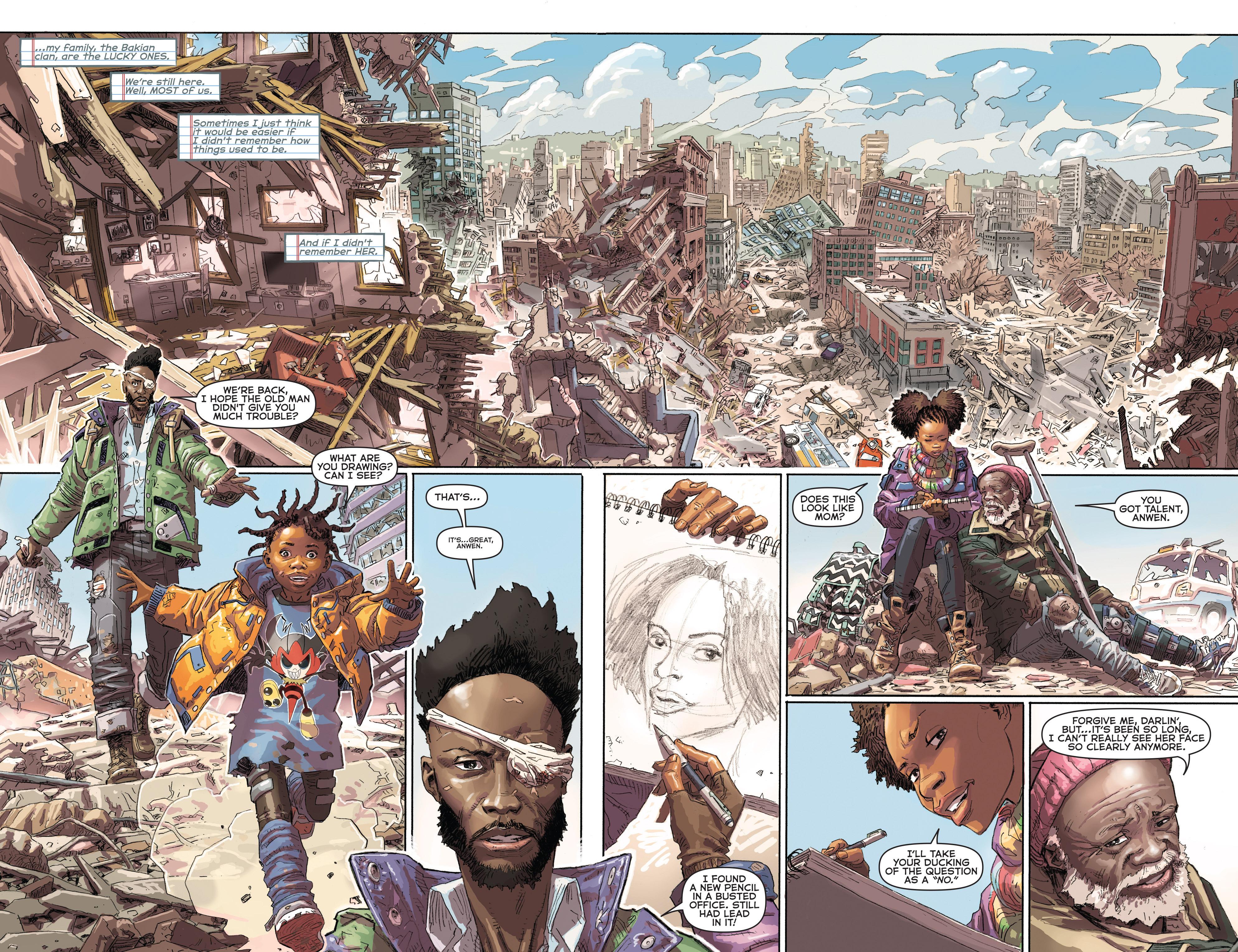 There’s a fantastic start to this iteration of Infinity Gauntlet, confounding all expectation. As this is Warzones tale tying in with Secret Wars, and the original graphic novel was a cosmic slamdown, that expectation would be of similarly cosmic events. Instead we open on Earth in what resembles a reclaimed Syrian city of recent vintage, the structures reduced to rubble. It’s superbly defined by artist and co-plotter Dustin Weaver, portraying the bare minimum of hope for the few surviving humans. This is on Earth, and the horror of the planet is that it’s over-run with giant insects.

The focus is Anwen, well characterised by co-plotter and scripter Gerry Duggan as a child in horrific circumstances who hopes against all hope for the promised return of her mother, who left from a sense of civic responsibility to join intergalactic peace keepers the Nova Corps. It’s a very gradual process, but items and people conforming to expectation sneak in, but as background elements to start with. The infinity gauntlet as known containing primal gems able to alter reality in myriad different ways is seen, and there’s one character in the Marvel universe who’s perpetually associated with it. Sure enough, Thanos turns up, but not exactly as might be expected. One of the gems controls time, and that’s key to the story.

As the cast set off to gather all infinity stones, we come to care for them, and the way that the writers depict Thanos is great. Again, it’s down to expectation. We’re used to Thanos as imperious, single-minded and threatening, not pragmatic and considerate, and the way he’s woven into what’s essentially a family story is well conceived. He’s never cuddly ol’ Unky Thanos, but he is a Thanos that’s never been seen before. Or is he?

Weaver’s art is a visual feast over the opening chapters, but the intensity required to provide the depth and detail of those has inevitable consequences as the book continues, and he begins running up against deadlines. Chapter four looks very rushed, but Weaver had one last spurt within for a great final issue, by which point he’s plotting everything himself.

Warzones: Infinity Gauntlet? Not what you expect, stands alone, and thoroughly enjoyable.