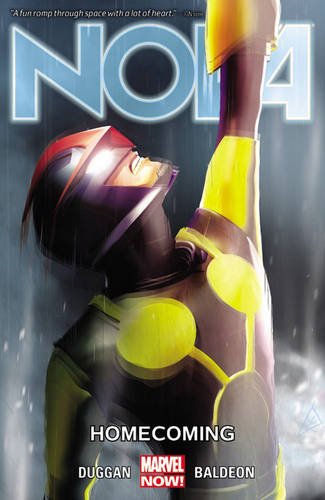 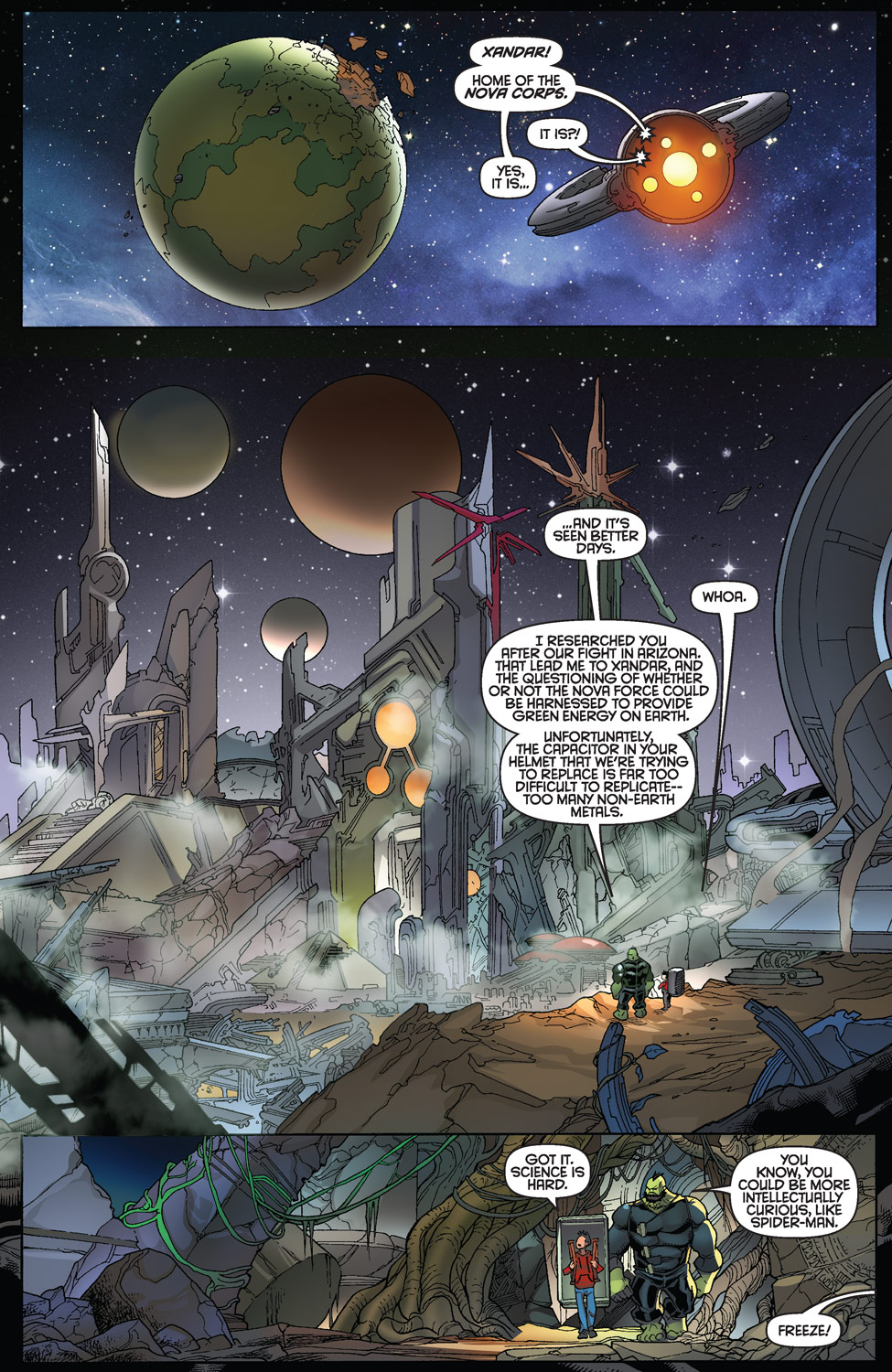 An extremely bruising encounter with the Hulk – is there any other kind? – left Sam Alexander injured, and damaged the helmet through which he accesses the powers of Nova. It was somewhat the shock therefore, at the conclusion to Nova: Axis, that Sam reluctantly found himself turning to a now less enraged Hulk for help.

Less enraged he may be, but he’s also sardonic and sarcastic, and an early sequence where he provides a device enabling Sam to preserve his secret identity is a hoot. The problem can’t be rectified on Earth, so into space they go for a possibly unique superhero team-up, beautifully drawn by David Baldeon, who never stints on the detail.

We then head into Black Vortex, and the curse of the crossover finally stakes Nova. Previous volumes might have been titled Original Sin and Axis, but Nova’s participation was either minimal or easily understood without reference to the core series. That’s not the case for what’s labelled as Chapter 8 of Black Vortex, a teaming of the Guardians of the Galaxy and the X-Men. Some may see the irony of this not being a volume named after a crossover. The core story elements featuring Nova are easy enough to follow, if an exercise in padding, but it’s populated by references and characters who’ll make little sense to those who’ve not read the remaining chapters elsewhere. What a shame.

A key element to the series has been Sam missing his father, once also Nova, and in the final three chapters Gerry Duggan sets about resolving that plot thread. It’s by turns touching, funny, exciting exhilarating and heartbreaking, as an inexperienced and naive Nova thrashes around like a bull in a china shop blissfully ignorant of what he’s setting in motion. There’s even a tearjerker ending. And it’s a proper ending to a series, the coda notwithstanding, which is in itself a rarity.

Over six books Nova has maintained a quality despite the initial constantly shifting creative teams, and despite the disappointing Black Vortex crossover, this is the best of them. That’s probably only the case, however, if you’ve read the remainder to generate the full emotional response.