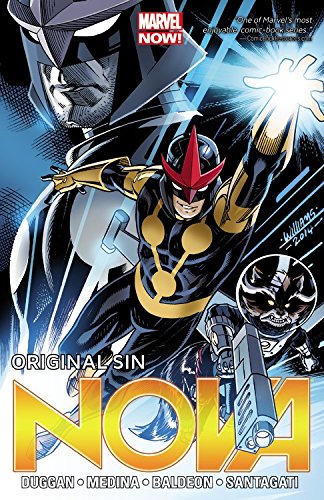 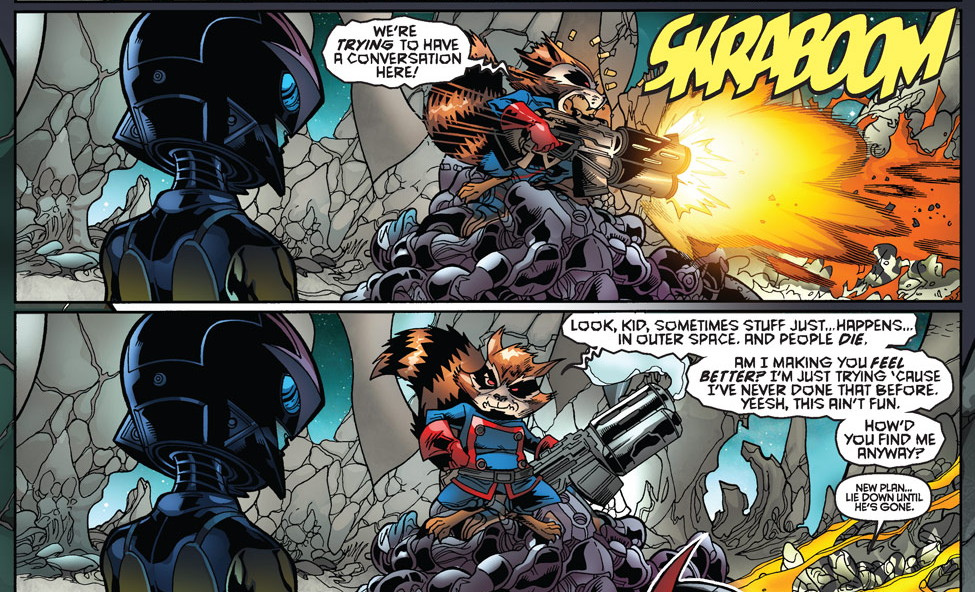 It was sidelined in Nova Corpse, but from the start of Sam Alexander’s career as Nova there’s been an odd connection with the Watcher, and that plays out here to some extent, but is rapidly forgotten, which seems strange considering that he simultaneously prompted Marvel’s summer crossover of 2014.

The book opens with another element of the series present from the beginning that requires addressing. The joyful experience of existing as Nova has been heightened when contrasted with his life as Sam Alexander, whose family exists on the breadline. Sam gives the problem some consideration and comes up with a solution, except it doesn’t quite work out that way.

Writer Gerry Duggan continues to keep Nova fresh. In this volume we have the peril of someone else wearing the Nova helmet, and, among other delights, an ever-expanding space station. That’s spectacularly drawn by David Baldeon as the architectural equivalent of vomit. As the title suggests, this volume of Nova feeds into what occurs in the Original Sin event, but it’s relatively painless without the need for additional reference. The events prompt Sam to seek some truths about his father, leading to an assignment with Rocket Raccoon. Anyone who sees Sam and his magic hat isn’t going to forget it in a hurry.

Not that all the sources are reliable, but it seems the more Sam learns of his father, the more the picture muddies. For all the stories he heard as a child it begins to seem as if Jesse Alexander wasn’t among the white hats after all.

As in the previous book, it’s left to David Baldeon to handle the chapters set in space, while Paco Medina pencils those predominantly set on Earth. It probably doesn’t help the bank account of either, but this work share provides the best of both worlds for the reader. The final chapter is drawn by Federico Santagati, and is a change of pace as Nova joins some X-Men at halloween.

This is another enjoyable volume of light-hearted superhero adventure, and the fun continues in Nova: Axis.