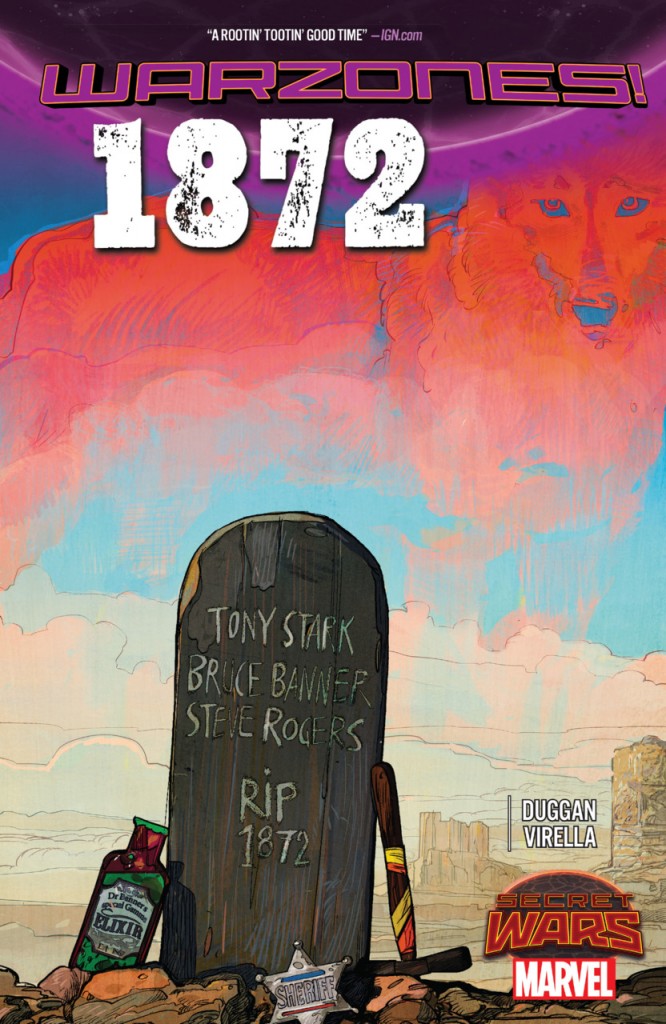 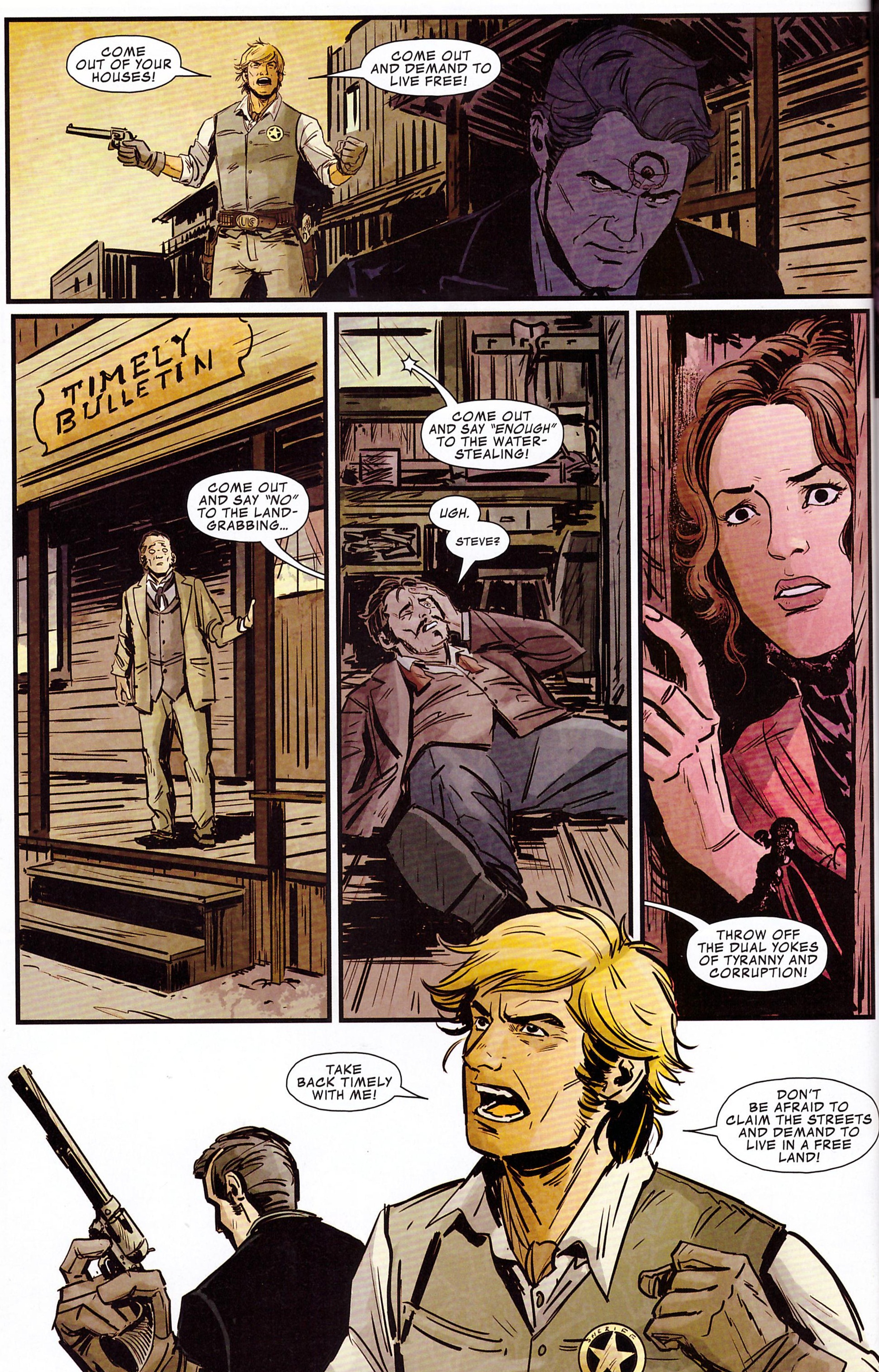 Over the course of its long and rich history Marvel has introduced numerous alternate worlds featuring variations of their heroes, or future or past iterations of known characters. Anything originally occupying more than a single comic was briefly revived to tie in with 2015’s reconfiguration of the Marvel Universe, Secret Wars, with the resulting material then issued as a phenomenal number of graphic novels. 1872 reconfigures plenty of familiar Marvel characters in microcosm as inhabitants of the old Western town of Timely.

The names are as familiar as the outlines of the old-fashioned Western. There’s a righteous and wholesome Sheriff, in this case Steve Rogers, pitted against a corrupt saloon owner, in this case Wilson Fisk. Other known Western types abound, the glamorous widow (named Natasha), the town drunk (Tony Stark), the cowardly newspaper reporter (Ben Urich) and from a more enlightened era the Native American attempting to protect his people. Red Wolf’s cause is the dam above the town set in place by the Roxxon company, and diverting the water of life from tribal lands.

Readers have an advantage in knowing roughly how the characters will act, but despite the known names, these aren’t the same people, so Gerry Duggan is free to do with them as he will. And he does. There’s a considerable surprise at the halfway point, and while there are casualties along the way, everything works its way to a satisfactory conclusion.

Nik Virella’s art is suitably gritty for a Western, and her cast has a life about them despite the fates of some being inevitable. She additionally comes up with some great alternative versions of Marvel standbys. Bullseye in a suit is interesting, but Virella’s better with mechanical technology such as that employed by this version of Dr Octopus. There’s an even more visually arresting example late in the story.

Filling out the book are two further stories from Red Wolf’s hardly extensive back catalogue. The first introduces the character in Avengers, dating from 1970 and fabulously drawn by John Buscema. As this was only a two part story it would have been nice had both parts been included, but it’s safe to assume the Avengers win. Jim Cheung drew the shorter piece in the 1990s, and it’s very much in the style of that era, so not looking great today, but with some hints of the artist he’d become. Alan Cowsill’s script is brief, but does its job.

Westerns in English language graphic novels almost have the rarity of hens’ teeth in the 21st century, so for those who enjoy the genre it’s all the more pleasing when they’re good.