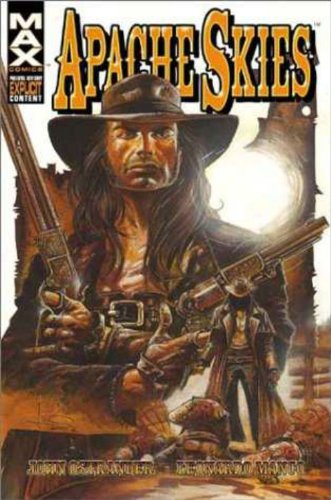 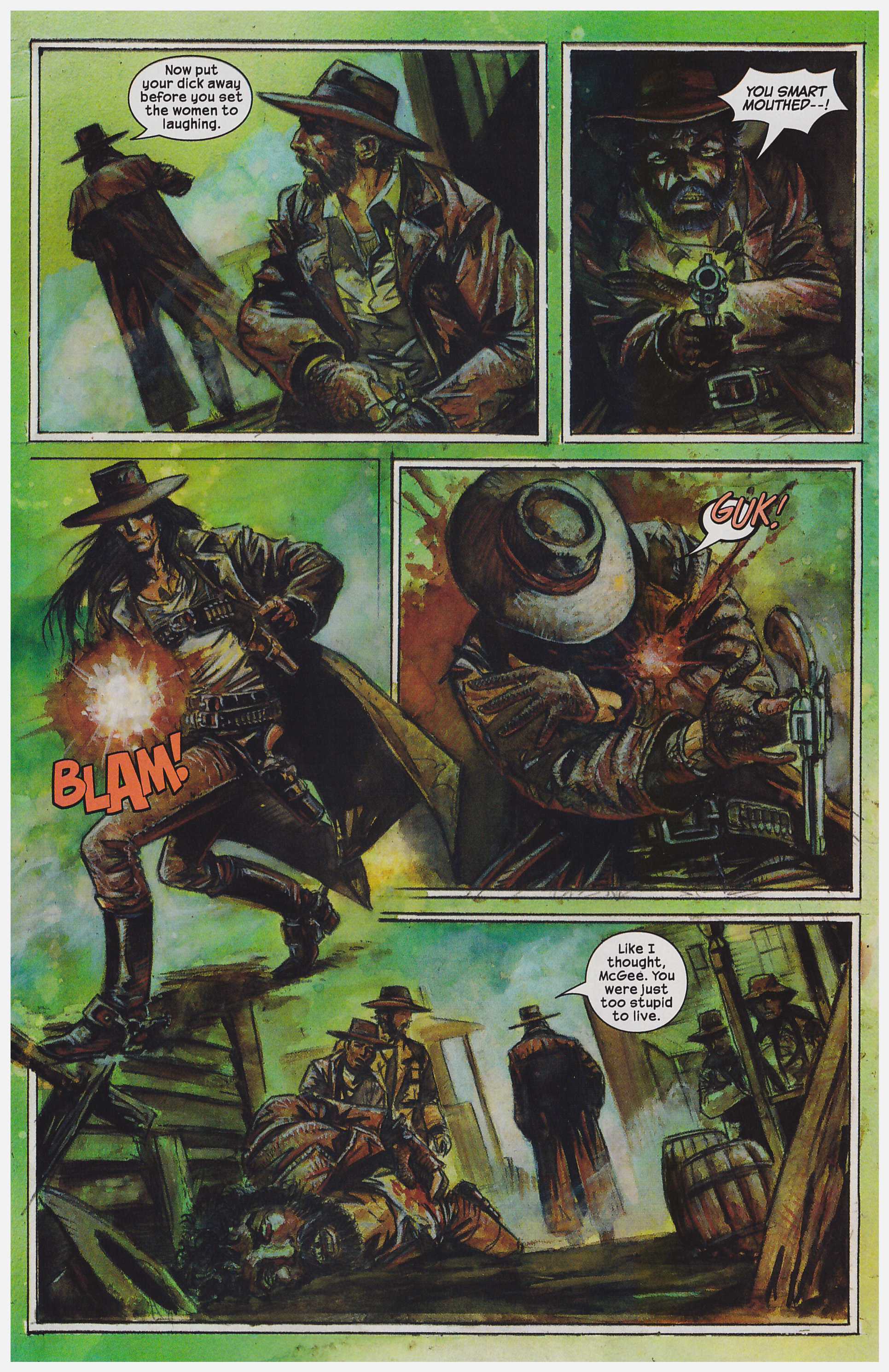 John Ostrander and Leonardo Manco’s Blaze of Glory united Marvel’s Western heroes, and served as the last round-up for some. Despite the same creative team, little else bears comparison. Blaze of Glory was a celebration, while Apache Skies is more of a wake.

It’s a very different graphic novel, Clint Eastwood as opposed to John Ford, set a year later, in 1886, after native American hero Apache Kid has been killed. Two people are tracking his killer, Billy Tyler, a troubled young man with an incredibly rich railroad tycoon father. While well aware of his son’s shortcomings and wayward nature, Tyler senior feels obliged to ensure he’s protected no matter what he may have done. This is well delivered by Ostrander as a comment on money providing entitlement.

Having produced such spectacular art for their previous collaboration, Manco elected to use a completely different style for this book. A man whose work is so meticulous and dynamic in pen and ink proves to be a very ordinary painter. When he’s producing montages, of which there are a number, they generally convey the essence of heroism and work as Western iconography, but when Manco drifts back into conventional storytelling his colour sense is odd, and his figures and faces lack precision. Artists should experiment, but this is unsatisfactory. Repeated scenes of trains would surely have looked so much more imposing in Manco’s pen and ink style.

Yet neither is this a masterpiece from Ostrander, who produces a very fragmented plot spreading the net very wide, and his finale is somewhat subverted by the art, with Manco honing in close instead of painting the bigger picture.

It should be noted that as this was originally published under Marvel’s Max imprint there is a hint of adult content. The next revival for Marvel’s Western characters was the comedy Rawhide Kid.