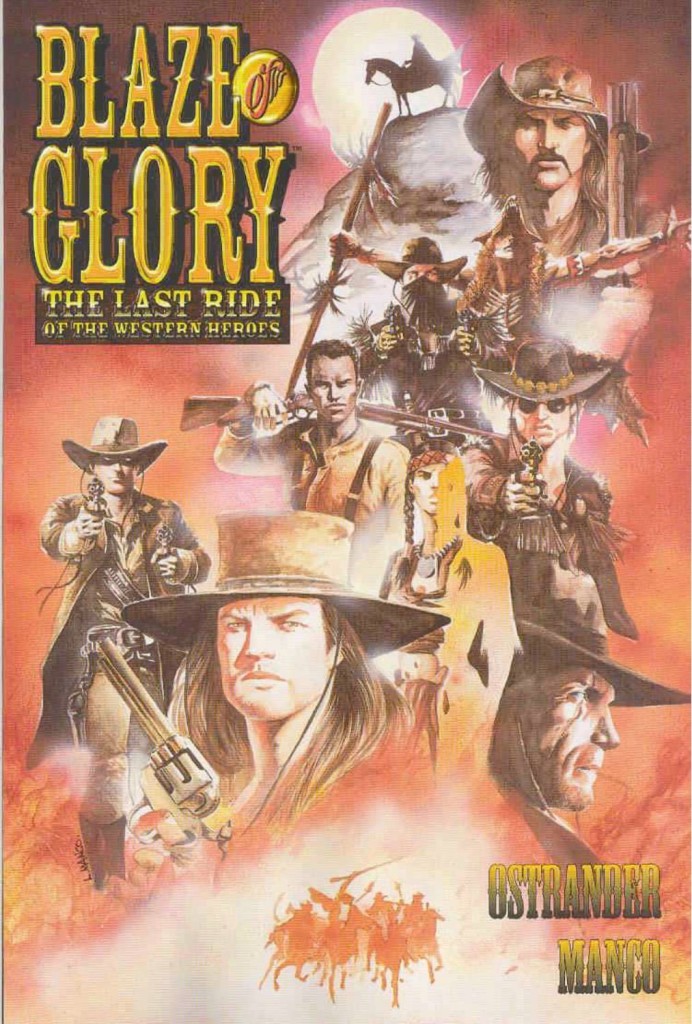 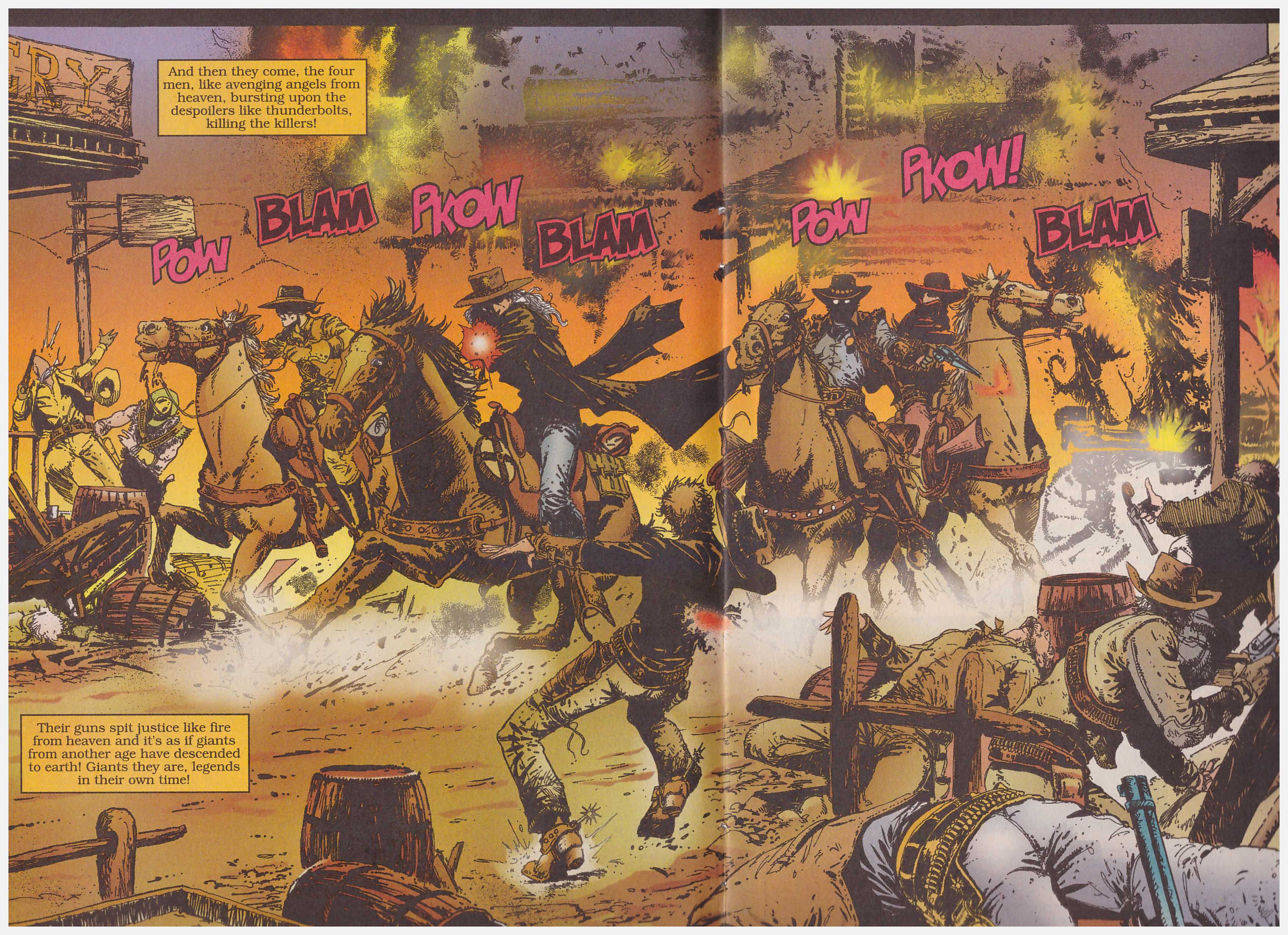 Marvel’s Western heroes experienced a sorry decline from their 1950s heyday when their genre was universally loved. In 1979 Rawhide Kid was cancelled, the last survivor of a dead theme, after which he and his compatriots were doomed to a cycle of once in a decade revivals, each striving to reposition their leads, and each short-lived. Blaze of Glory is the 1990s version.

John Ostrander doesn’t disguise his plot being a variation on The Magnificent Seven. Black gunfighter Reno Jones is now settled in a town of other former slaves living alongside Native Americans, when their tranquillity is shattered by a group of raiders terrorising the town and its outlying homes during the hours of darkness. Jones is unable to fight this on his own, but fortunately others in town also have friends they can call on.

To his credit, Ostrander doesn’t attempt to update what the characters are, although overlays a previously missing sophistication of personality on what were formerly identikit gunslingers. Outlaw Kid has a form of dual personality, Kid Colt can’t control his temper, and Rawhide Kid appears modelled on Tom Petty during his stovepipe hat and leather coat phase. Even a former villain has anticipated the times changing, and has junked his half mask to become a corporate raider.

The plot hits all the right beats of anticipation with a certain predictability until the final chapter, when there’s some righteous fiddling with expectation, although Ostrander remains true to his film inspiration. Artist Leonardo Manco, though, is perfect for this type of material. His gritty and scratchy detailed style brings 1885 to life, not only with regard to landscapes and characters, but with finely considered layouts. There’s almost a necessity to step out of the way as the horses thunder through town in the opening chapter, although the impressive image often trumps realism. Gunfighters in heroic poses on the rocks look better than crouching behind them.

There’s nothing new about Blaze of Glory, but when is that ever the case for the Western? You know what you’re going to get, and Ostrander and Manco supply it. This proved successful enough to prompt a sequel of sorts, Apache Skies.