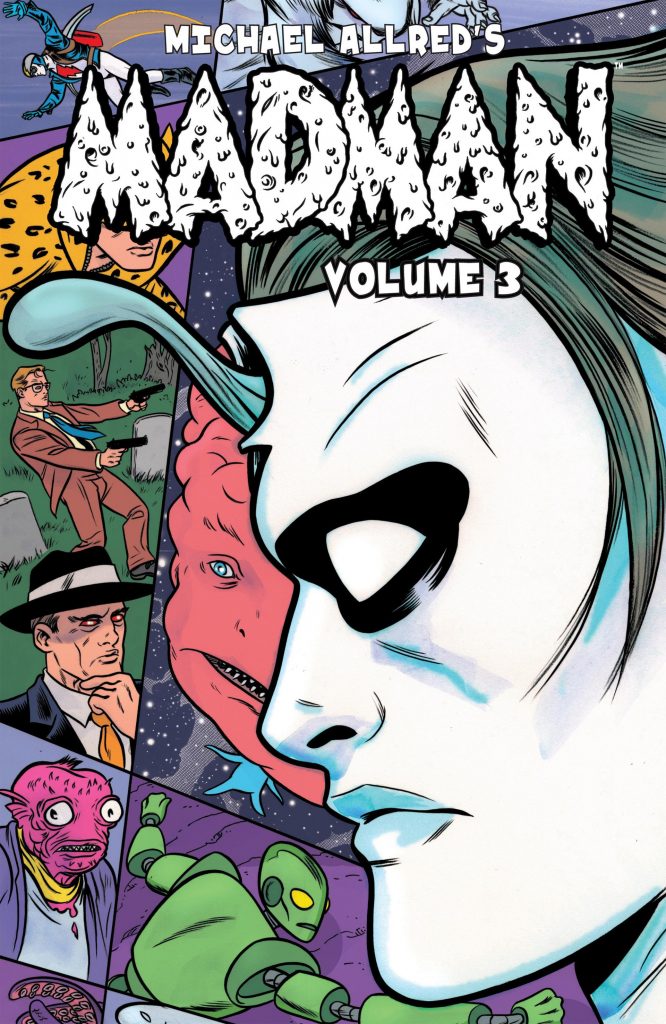 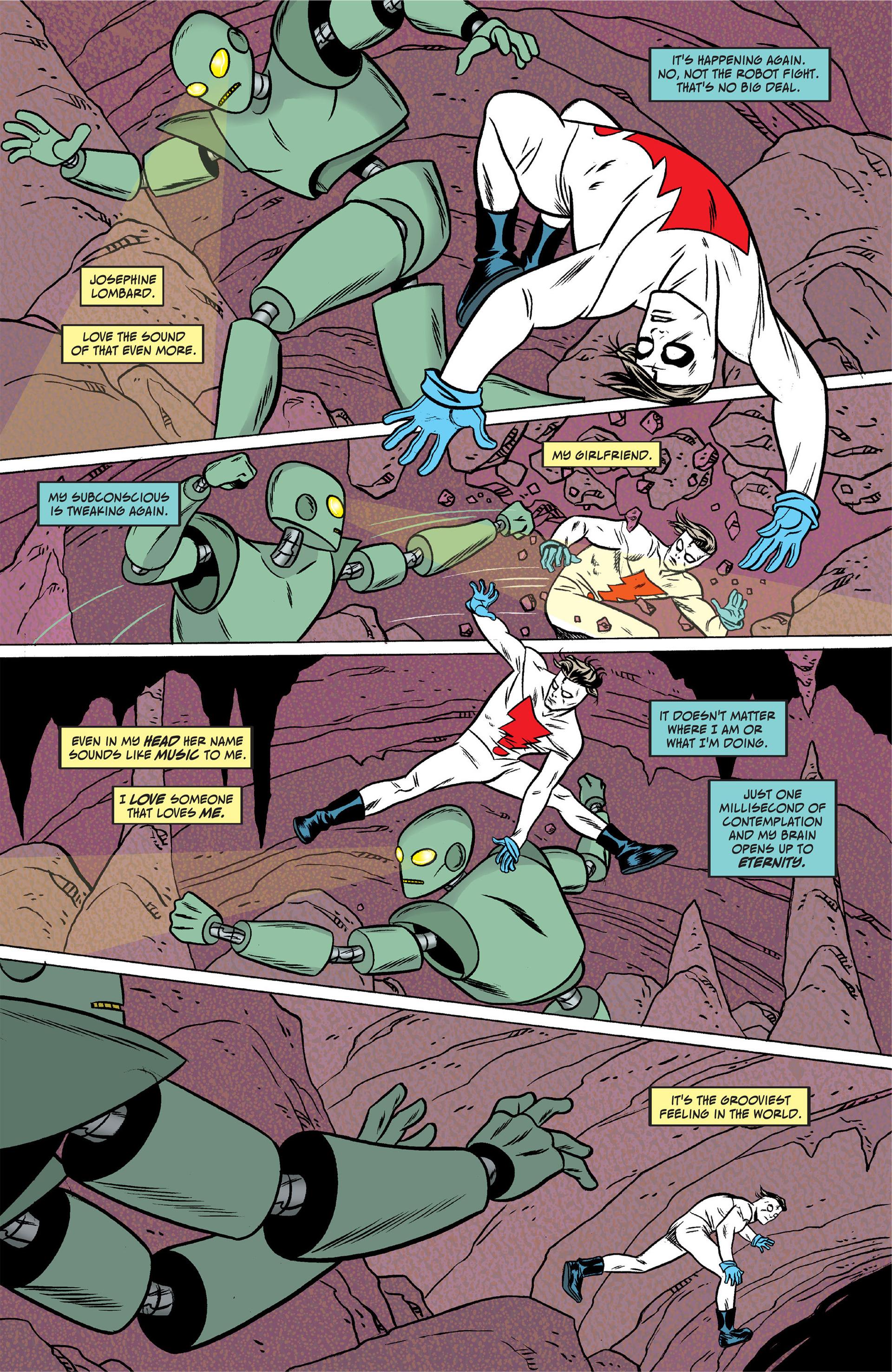 Of the three collections of early Madman material from Image, this is the weakest volume. The first may have needed a few quirks ironed out, but was largely Madman in spirit with a definite sense of progression from start to finish. The second was the complete article, frothy fun where anything could happen and where the optimistic good spirit prevailed no matter the topic. In what was originally collected in paperback as The Exit of Dr Boiffard and Heaven and Hell, Michael Allred largely jettisons the mood. As a very individual creator he’s got to keep himself interested, but the results aren’t anywhere near as satisfying.

Volume 2 ended on a cliffhanger. It seemed as if Frank Einstein was going to discover who he was before he died and returned to life. By the end of the book we even have a name, Zane Townsend, but beyond Zane seemingly not being a very nice person we’re not much further forward two hundred pages later. The opening tale switches mood and direction with every one of its four chapters, and the closing story has creepy private eyes Dean Crept (quiet and polite) and Mike Mattress (aggressive and obnoxious) pretty well evict Madman from his own title along with the light hearted tone.

More than any other Madman collection before or since, this material requires following Allred where his muse takes him. While the opening chapters are true to Madman’s established spirit, Allred introduces several weighty spiritual matters that don’t exactly sit comfortably alongside the regular mood. Similar considerations are incorporated more sympathetically via narrative captions in this book’s final story, not available in previous collections, where Madman’s fighting mutated amphibians, but we’re also privy to his private thoughts. In the earlier piece Boiffard indeed exits, but in a typically unpredictable fashion, with several others interested in acquiring his knowledge, not all of them for benign purposes.

‘G-Men From Hell’ occupies four chapters, and reworks much of Allred’s earliest material from a decade previously, which can be found as comics Grafik Musik and Graphique Musique, neither ever collected in book form. The private eyes have drifted in and out of the series, Mattress deliberately provoking Madman on several occasions, and we learn why their appearance is so distinctive and strange and why their behaviour is stranger. There are some fine moments early on, but this is largely a mixture of noir crime and horror. The shift of tone is jarring for the series, and not one that Allred’s style of cartooning entirely suits. It also hurts that Madman’s absent for almost the entire story beyond the opening episode.

In keeping with the previous collections, there are Madman pin-ups by some fantastic artists, but not as many as found in the previous books. Included is work from Frank Cho, Adam Hughes, Mike Mignola, Frank Quitely and Jeff Smith among others.

Everything here is also available in the Madman Gargantua, which collects the entire first decade of Madman in one humongous edition.