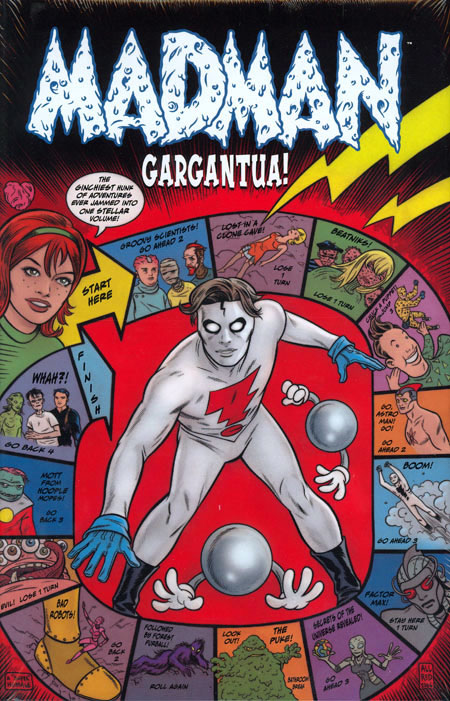 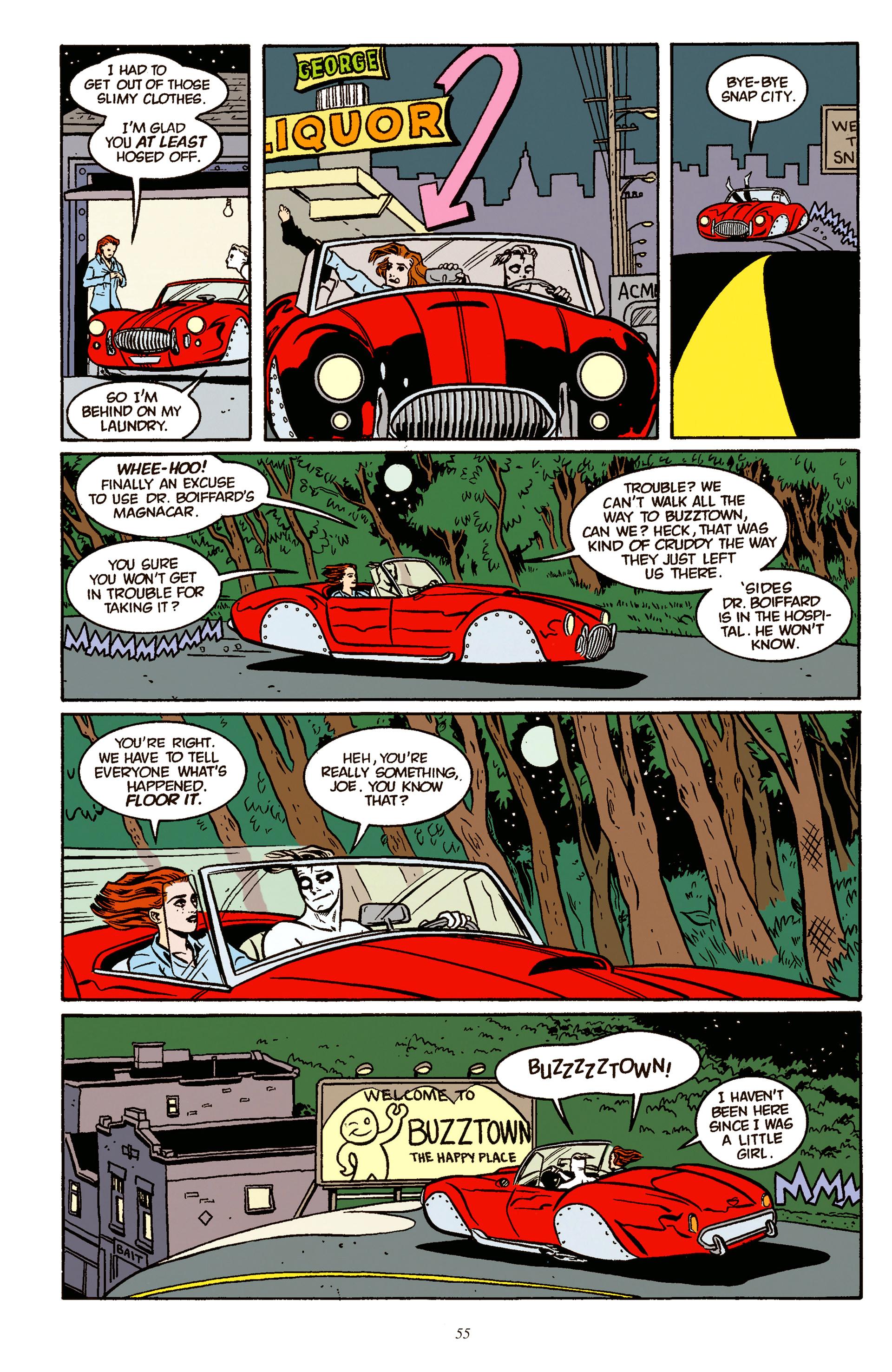 This massive oversized hardcover presents all Madman’s solo appearances over the first decade of his career. Much of the material was long out of print when this was published in 2007, but for those on a more limited budget, it was rapidly reissued in paperback as Madman Volumes 1, 2, and 3, also from Image Comics.

What strikes is how quickly Michael Allred evolved Madman as a feature. The opening story, in black, white and grey, contains some horrific moments that contrast the lighter tone of the almost all the later material, and notably features Frank Einstein in a costume covering his entire head, although that’s changed to the familiar design by the story’s end. The addition of Laura Allred’s colouring for the second story is a massive, series defining stride forward. It’s flat, very bright, and absolutely stunning. In combination with Michael’s kinetic art, it created a look unlike any other comics of the 1990s, and has survived far better than most of them, at its best still providing a fun, frothy read. Pleasingly, well over half the content falls into that category.

Allred has created a world where anything can happen, and while Madman is an athletic superhero with barely used other abilities, clever scripts ensure it’s not just fists that solve problems. Allred throws everything he loved during childhood into one massive melting pot, and almost all of it meshes logically (although the crime noir/horror fusion near the end doesn’t work as well). We have aliens, robots, beatnik thugs, nutty scientists, superheroes, music, spirituality, robots, monsters, private eyes, and a great relationship between Frank Einstein and Josephine (Joe) Lombard. An early decision was made to spurn the soap opera conventions of superhero comics, and avoid drama artificially generated by break-ups and misunderstandings. The relationship is one of mutual love, admiration and respect, and another unique aspect of the series.

In story terms there are some minor frustrations as Allred keeps sub-plots on the boil for so long that they’re not resolved. Before becoming Madman, Frank was revived from death, lacking any memory of his previous life, and the joyous and wide-eyed person he is now is curious to discover his past. Only the bare bones are disclosed over 800 pages. Also never dealt with is the appearance of all-powerful beings hinting at Madman’s special place in the scheme of things at a time to come. Without this resolution they’re clumsy deus ex-machina narrative conveniences. Madman has so much of interest going on, however, that to fixate on continuity problems is doing the series a disservice.

Is this the best way to immerse yourself in Madman’s world? There may be concerns about production, as all too many expensive hardback editions lose art and dialogue in the centre gutter, but that’s not the case here. The paper stock is thinner than some equivalents, but that makes little difference. What is notable is that the entire content was later included in the three trade paperback books, so it is format and budget rather than content that determines choice. It should also be noted that team-ups with characters owned by others aren’t included, so for the entire picture you’ll also need Superman Madman Hullabaloo and Madman Boogaloo.