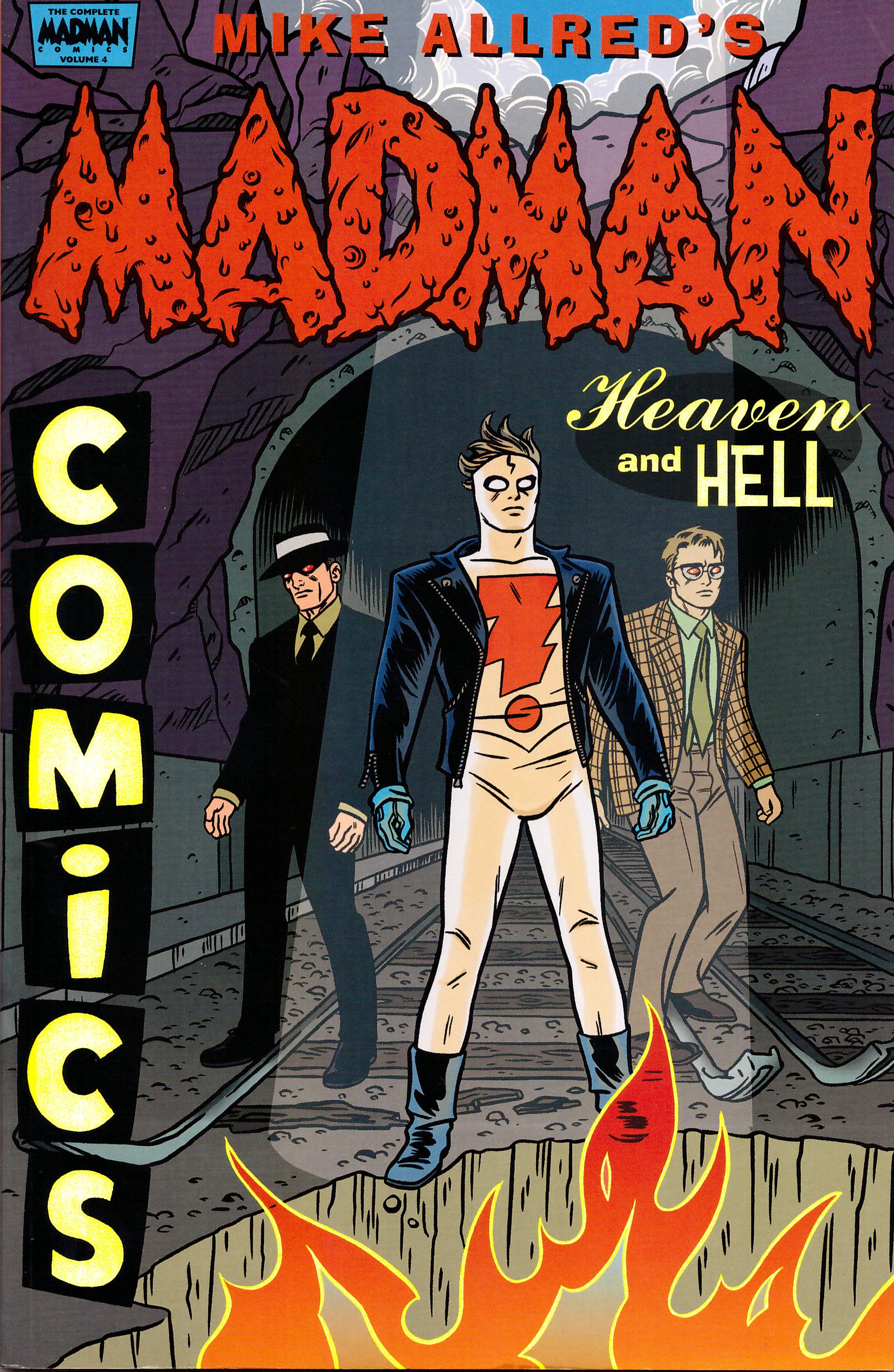 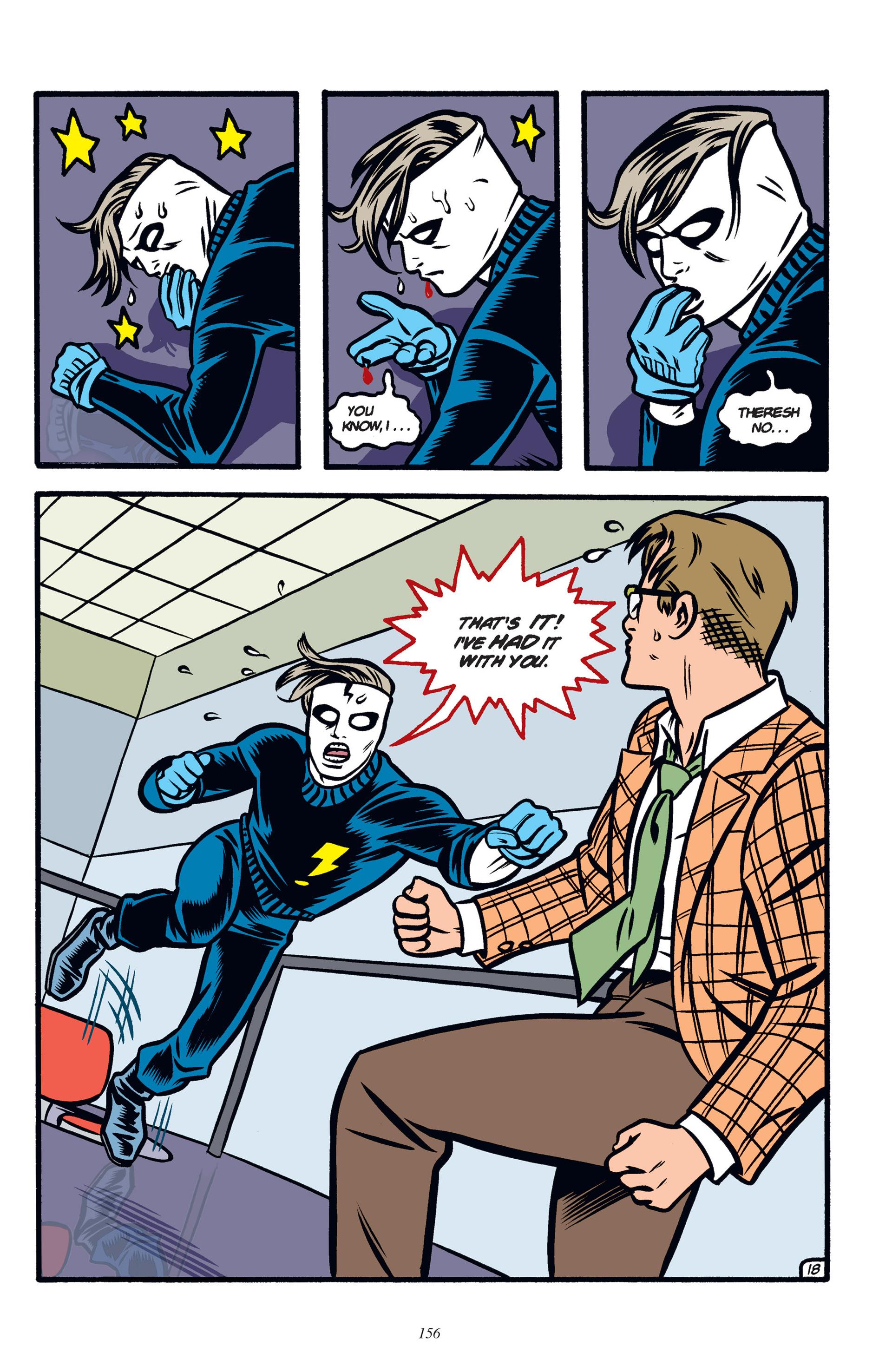 Throughout the Madman series there have been brief interludes featuring the pair of private eyes Joe Lombard works for. Dean Crept and Mike Mattress are a contrasting pair, Crept quiet and pleasant, Mattress aggressive and offensive. They pre-date Madman, and it was in their stories that Frank Einstein first appeared, but his star quality consigned them to bit players. That’s reversed here, with Madman barely seen in his own graphic novel beyond the opening chapters.

The first of these is a combined Halloween, Thanksgiving and Christmas special, which is quite the novelty. It strings together well while also neatly settling some divisions from Volume 3 and introducing a key character from a series Allred was planning at the time, The Atomics.

Over the previous books Allred featured a number of characters and concepts that pull together for the title story. There’s the mysteriously generous Hugo Roderigo, secret agent Chow Skip-Wang and the Tri-Eye organisation, and Crept and Mattress whose back story is revealed here. It’s hardly been hidden that there’s more to them than meets the eye, and once we know what that is their presence makes a little more sense.

Your enjoyment of this book will depend on how far you’re willing to follow Allred. In his introduction Steven T. Seagle notes that the beauty of Madman is that anything can happen, and what does happen generally defies anyone’s predictions. All of that would generally be good, yet for ‘G-Men From Hell’ Allred switches gears entirely, and instead of presenting the light and optimistic world of Frank Einstein gives us the bleak and nihilistic existence of Crept and Mattress in a violent story of demonic possession. Allred’s cartooning doesn’t really suit the noir mood, although the art is otherwise good, but he’s removed what makes Madman unique and what he’s replaced it with is, if not commonplace, then certainly not unique either.

This has been combined with the previous volume three The Exit of Dr. Boiffard in Madman Vol. 3 from Image Comics, and is also the concluding chapters of the massive oversized Madman Gargantua. 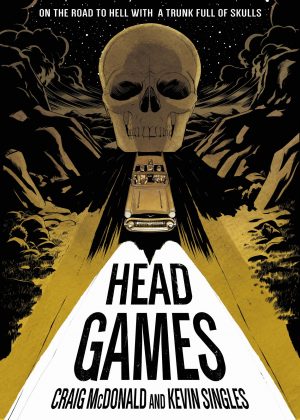 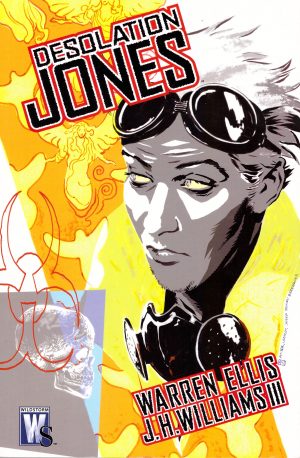 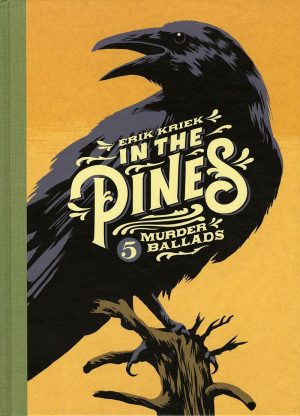 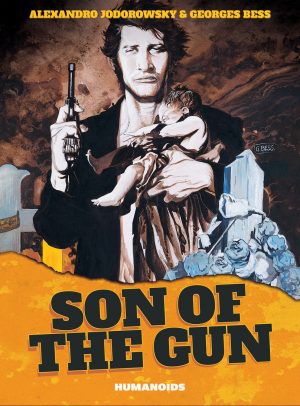