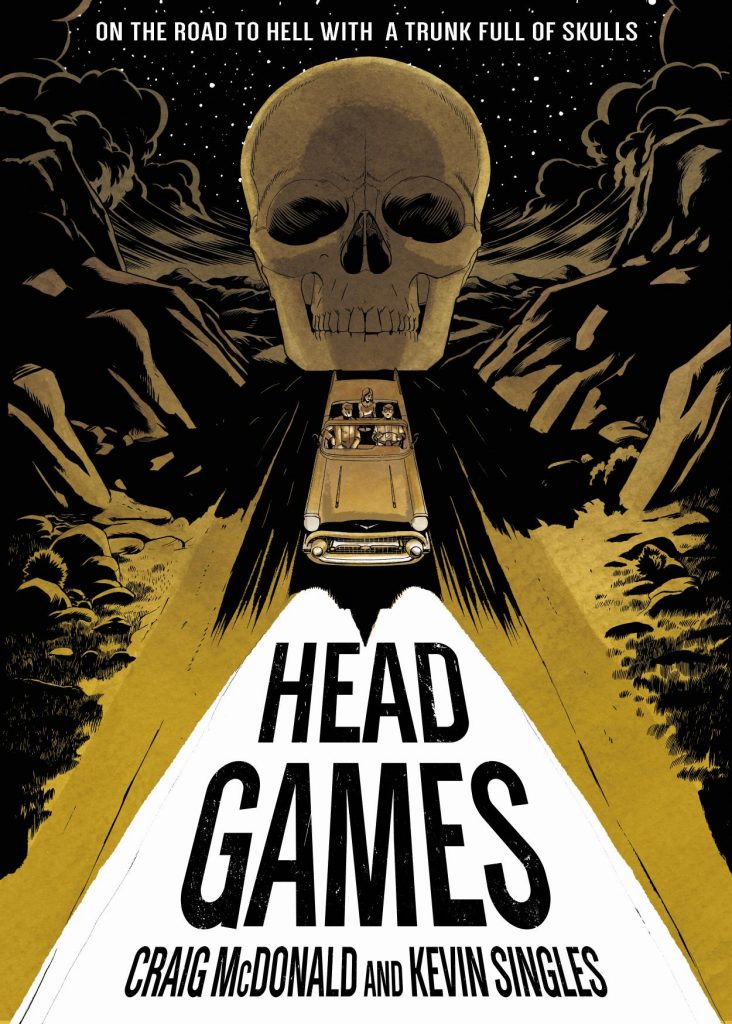 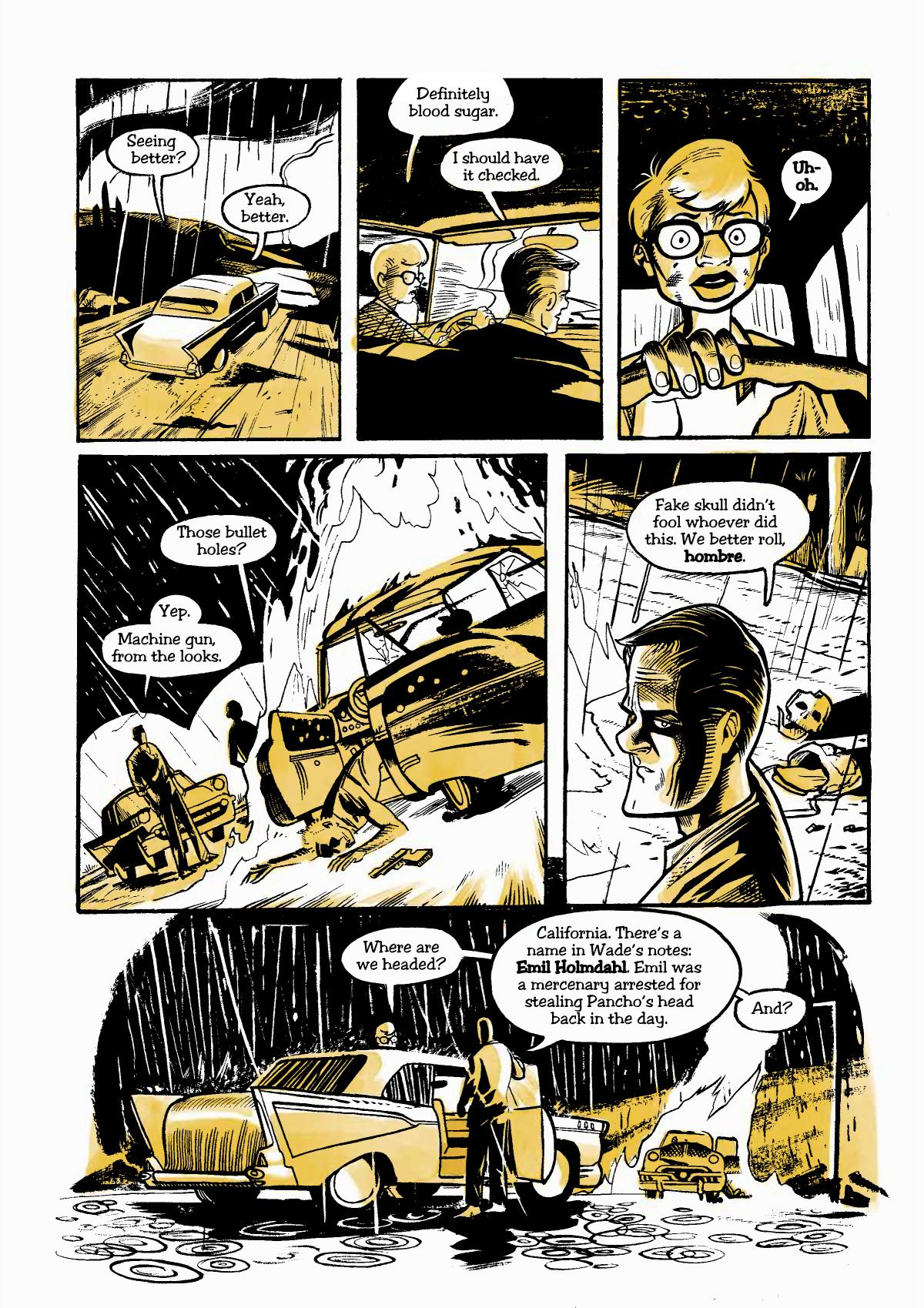 Craig McDonald is a prolific novelist and journalist whose works of historical fiction have widespread appeal. Head Games was his first in 2007, introducing a ten novel cycle starring Hector Lassiter, an investigator, an adventurer, and a crime novelist. We join him aged 57 in 1957.

McDonald adapts his own novel, and in an afterword recommends the idea for enforcing conciseness, as well as noting he took the opportunity to incorporate elements from later Lassiter books. A broad streak of black humour characterises McDonald’s work, and until the penny drops, it’s the jaw that will be hitting the floor with the events of the opening couple of dozen pages. Lassiter doesn’t find himself in everyday situations, and he’s in rapid need of a few skulls. And the easiest place to find some is…

Lassiter has a lived a life, and the familiarity he has with what we in the 21st century consider mythical figures is at first an endearing touch. There’s few known names mentioned about whom Lassiter doesn’t have a pithy comment, and McDonald naming 1950s actor William Holden in the introduction recalls the melancholy of Sunset Boulevard, some of which afflicts Lassiter. The opening carnage is due to Lassiter being in the pub when he’s offered the skull of Pancho Villa, an item desirable for reasons beyond historical prestige.

When it comes to cementing a location Kevin Singles is one hell of an artist. 1957 comes alive again, not just via the obvious touchstones like the finned cars, but via the urban scenery, most of it effectively bathed in a warm orange glow of electric street lights. He uses the styles of the time, some art deco here, a sharp suit there, and often employs the visual standbys of 1950s EC horror and crime comics. Johnny Craig in particular. Les McClaine is also credited with art assistance, and in a few places a more illustrative approach is apparent, yet one that meshes smoothly with the remaining pages. There are occasional problems when it comes to identifying a large cast, but for the most part Singles’ cartooning nails character and era.

Self-destructive traits always make for a compelling noir protagonist and Lassiter is a man of his time revealed in increments. A hell of a lot of tragedy characterises his life, yet all too often he nonetheless jumps in with his boots on in preference to considering a situation. This belies a complexity to him, as he’s also an observer and able to think if it’s required. He carries most of Head Games, but there’s a surprising epilogue, making sense of what appears a first gratuitous postscript to the events of 1957.

There’s meta-commentary going on beyond the celebrities, as references are made to Lassiter acting like the heroes of his novels, although it veers near being laboured after several mentions. Also interesting is the stop/start nature of the story. On two occasions during 1957 everything appears done and dusted, yet it’s not, and neither are matters completely resolved when we jump forward a decade.

Head Games is endearing because it swerves all over the place, McDonald not sure if he wanted to write a buddy road movie, a crime noir piece or some bathos about celebrity culture, so ended up spitting out all three. It’s the last element that actually weakens the novel, serving little purpose in the bigger picture and it’s during these sequences that Head Games occasionally drags. The use of the Bush dynasty, for instance, comes across as whimsical. For the remainder Head Games is an eccentric head rush.