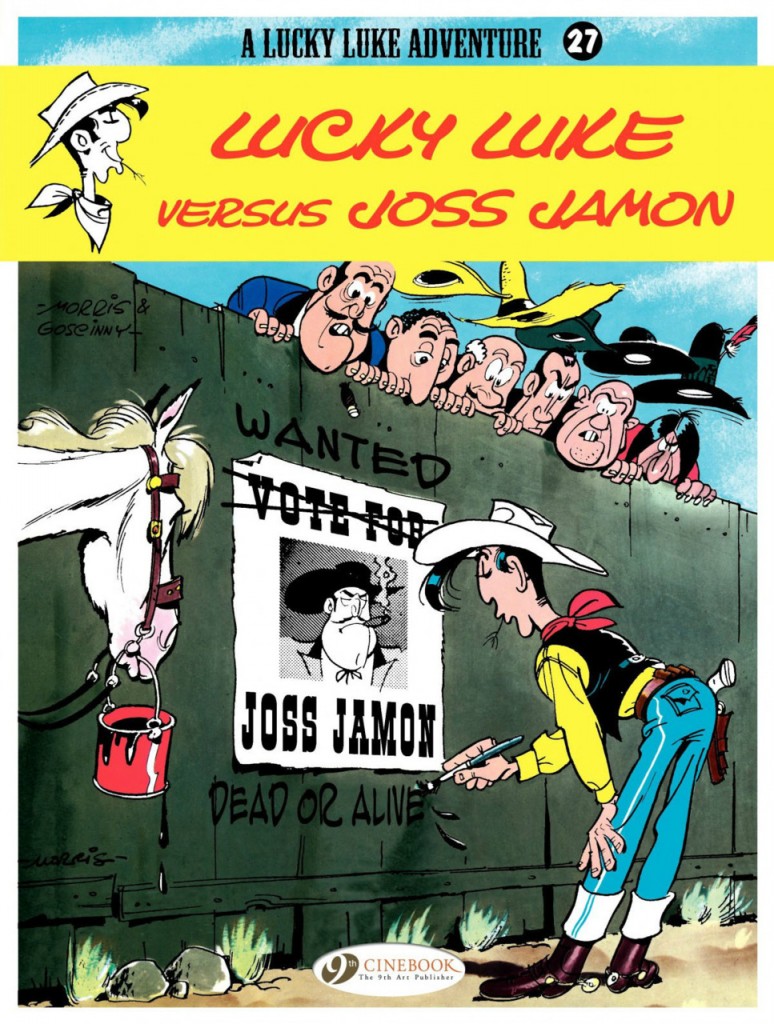 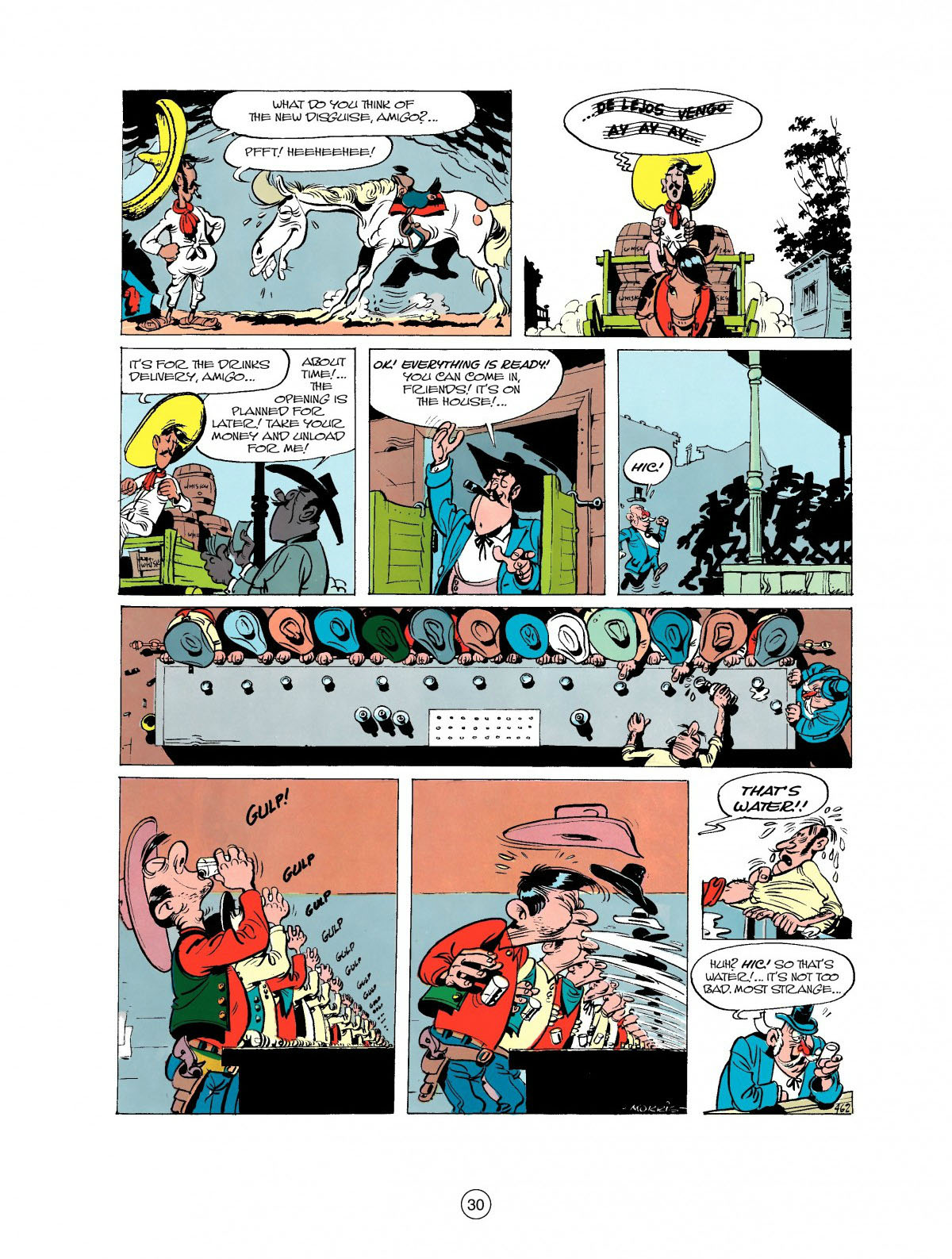 Due to the differences between the publication of material in France and Cinebook numbering books as they continue to issue them, this is volume 27 in English, but chronologically the 11th Lucky Luke book. It’s the second collaboration between the creator of the series, Belgian artist Morris (Maurice De Bevere), and René Goscinny (their first was Rails on the Prairie). It began serialisation in French magazine Spirou in 1957, was first issued in European album form the following year, and is a vast improvement on the previous The Bluefeet are Coming!

Morris had settled into the loose cartoon style that defines Lucky Luke, and there’d be little further refinement from this point. He’d already mastered the set-up and delivery of gags, the cartoon exaggeration and how to pace the material to deliver a gag or mini-climax at the end of every page, as the serialisation occurred in full pages. These are still numbered consecutively from the first page printed, a quirk that continues for a further two stories.

Joss Jamon was typical of the well-to-do gangsters who frequently run up against Luke’s virtue, well-dressed, authoritative and able to intimidate entire towns. He’s surrounded by henchmen representing assorted other familiar Western crooks: the card shark, the persuasive salesman, the renegade Native American, and the thug. The most interesting of them is Pete the Wishy-Washy, constantly evaluating circumstances to dilute the best personal outcome. He’s a caricature of Goscinny.

For those with a greater interest in comics material beyond a decent story there’s a fascination in being able read rarely translated material by Goscinny prior to his Asterix series, then still two years away. He was already writing the much-loved Le Petit Nicolas (filmed in 2009), collaborating with Asterix artist Albert Uderzo, and had been writing comics for roughly six years. Goscinny had Morris’ already established stand-bys to work with, and this, whisper it, is actually better than the earliest Asterix material.

Jamon is a wily customer, and manages to install himself as town mayor, complicating Luke’s efforts to bring him to justice. The plot is episodic, but constantly diverting, and the gags are excellent. Early on Luke is caught by a posse who believe him to be a member of Jamon’s gang, and a lynch party is formed. Luke avoids hanging by promising to bring the Jamon gang to justice within six months. If not, he’ll return to Los Palitos to be hung. A dubious local makes Luke promise not to hang himself elsewhere. Other fine gags include an entire saloon being served water instead of whisky, topped by one drinker remarking “so that’s water! It’s not too bad”, and a cameo for the Daltons. They’re the centrepiece of the next volume, The Dalton Cousins.That’s collected along with this in Lucky Luke: The Complete Collection Volume 4.