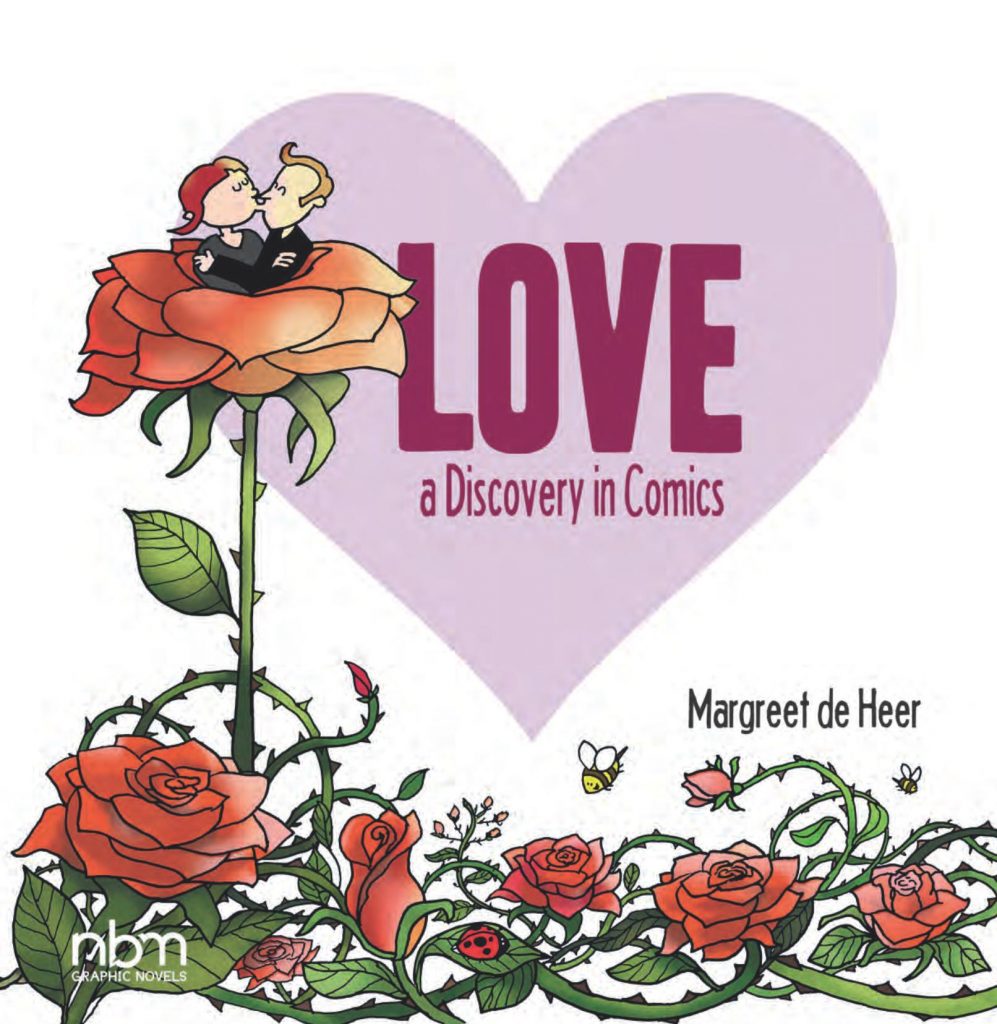 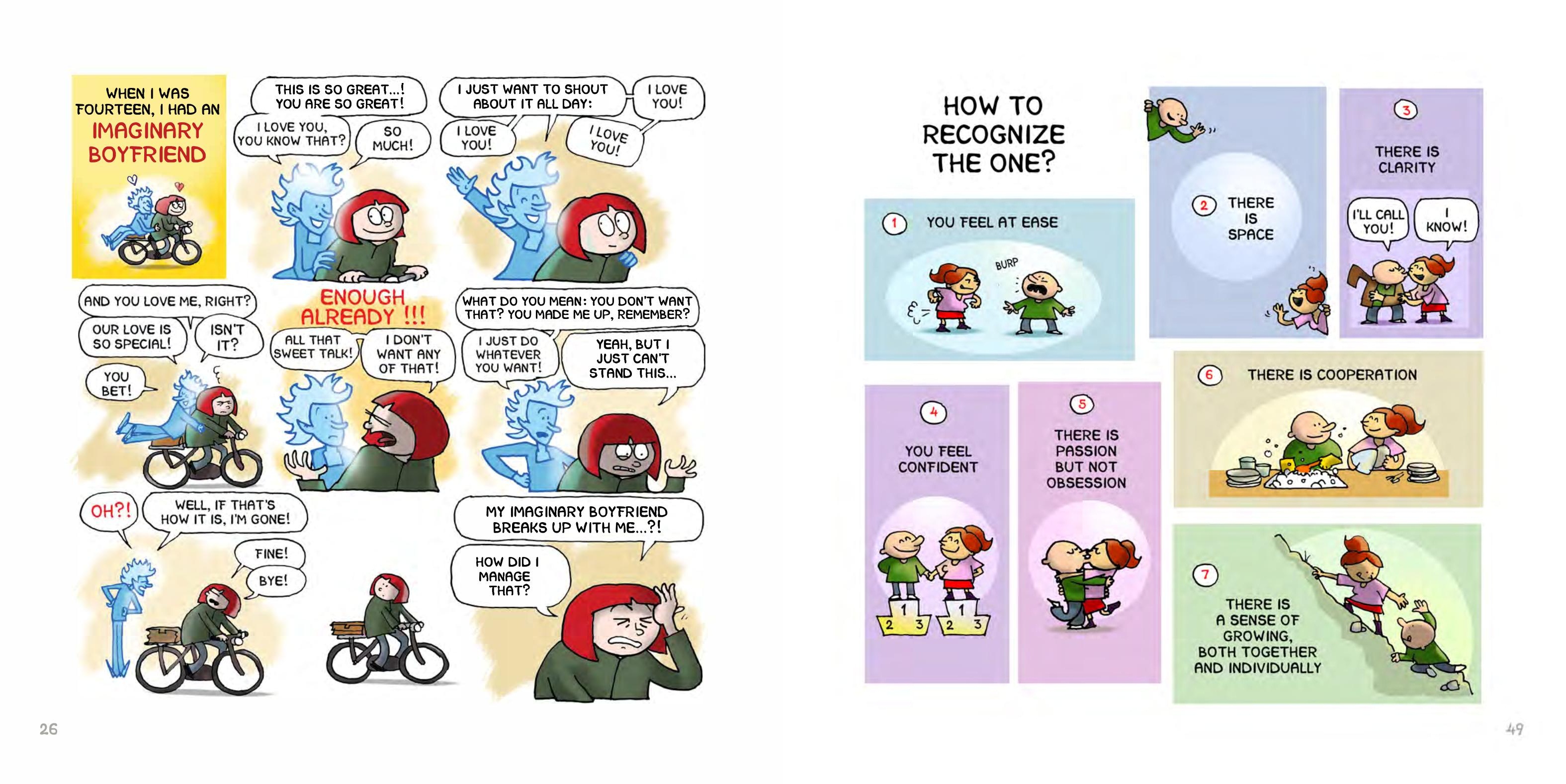 This is the fourth NBM’s translation of Dutch cartoonist Margreet de Heer’s plain speaking guides to a subject, applying her by now known clarity and common sense. She starts by looking at the ancient words classifying the different types of love now merged into the single word in most European languages. You’ll be surprised at how many there are.

The clear and cheerful cartooning has progressed considerably over the years, and is an essential communication point to what’s intended as a book of sensible advice for teenagers. ‘Love’ may feature in the title, but there’s plenty of information about religion along with some sound advice about sex, and anyone who can compress the sexual content of the Kama Sutra into two admittedly crammed pages is a talent to be admired. Committed Christians have always found the biblical Song of Songs (also known as the Song of Solomon) problematical, preferring to explain away the sexual imagery as allegorical, one of many selective interpretations, and de Heer delves feet first into that also. “Song of Songs conveys that sex is something to be celebrated”, she explains, “an expression of the highest order of love and ecstasy”, concluding that sex can be holy and divine. If that’s an offensive concept, this isn’t the guidebook for you.

Honesty is essential, the audience well able to sniff out a patronising fraud, so a confessional aspect is integral to de Heer’s explanations. As before, she’s not afraid to individualise a topic by using herself as an example, irrespective of love possibly requiring more personal disclosures, and she has an inherent braking system avoiding anything becoming too saccharine. She also offers sound advice. She may not be telling people what they want to hear, but she is telling it like it is. Something she stresses throughout is that keeping an open mind is essential. People are confronted with idealised versions of love in multiple entertainments, but in reality anyone with tick box compulsions is likely to be slower to find love and more easily disappointed. “The Perfect Moment is not always something you should wait for”, may be qualified, but “sometimes you have to decide that it’s already here with all the imperfections” is nicely observed. Another important aspect highlighted is communication, via a funny set of scenes showing the ridiculous arguments all couples have.

De Heer’s previous books have entertained and educated, but the personal aspect raises this a slight notch above. Her regular readers will be able to note that her own lasting relationship occurred around the time she was working on Philosophy: A Discovery in Comics.