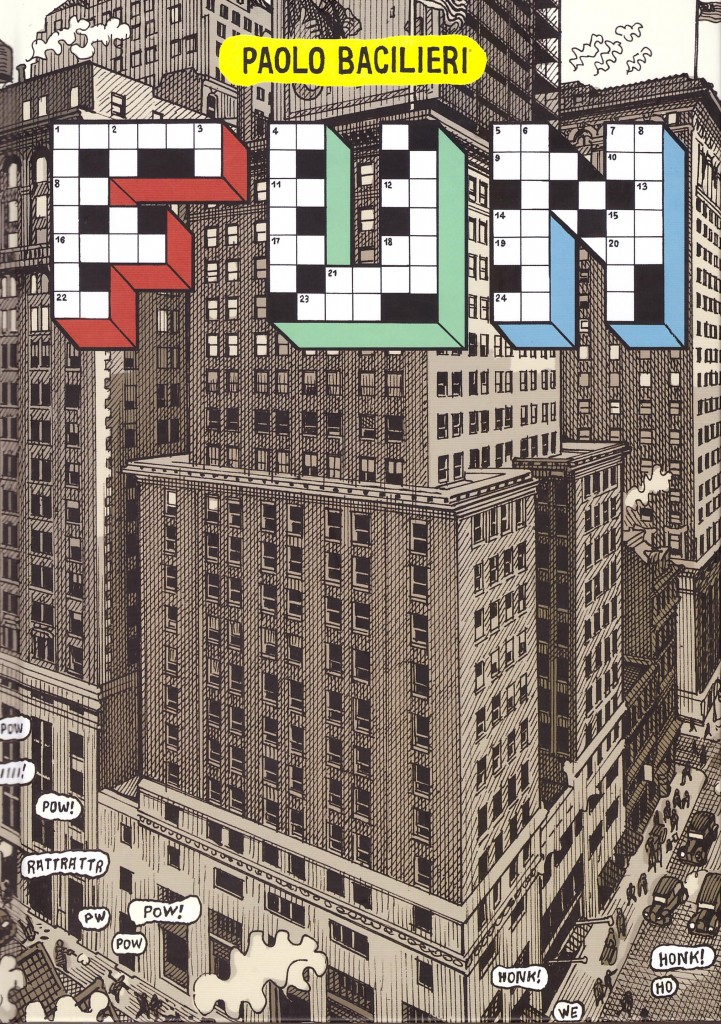 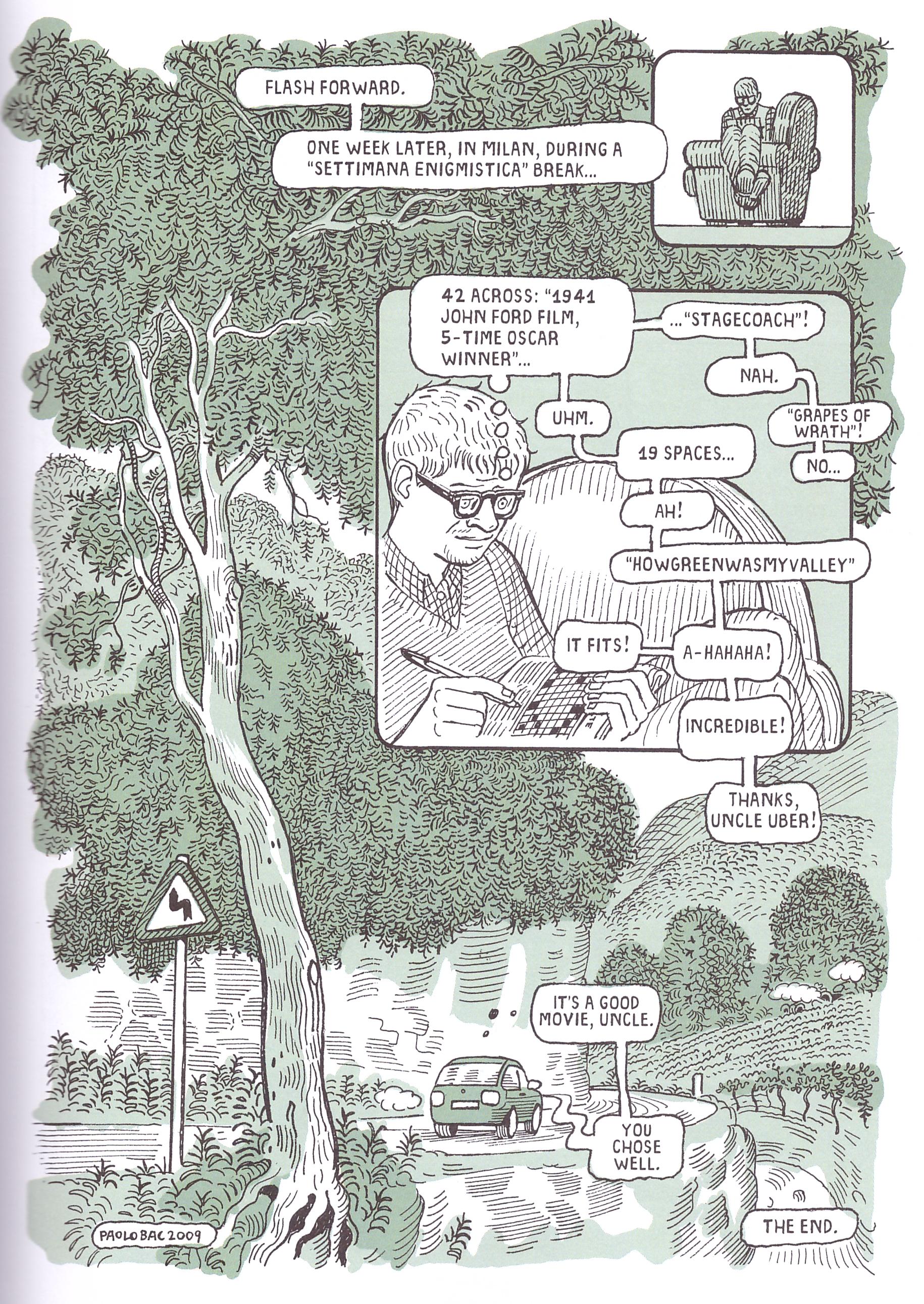 How old is the crossword? Take a guess. That and other trivia associated with the puzzle forms the backbone of the wildly discursive Fun, packed with enough crossword related anecdotes to sustain an entire episode of QI. French literary eccentric Georges Perec, the man who wrote an entire novel without using the letter ‘e’ also compiled crossword puzzles. The first Russian cruciverbalist was Vladimir Nabokov.

Roughly half the book delivers fascinating material of this nature as Paolo Bacilieri illustrates his well researched facts with iconography appropriate to the era and nation he’s discussing. But the other half? Oh dear. In terms of presentation Bacilieri’s thinking is easy to follow. Page after page of historical fact would be too dry and a far slimmer book, so something else was needed to counterpoint the historical research. Bacilieri therefore introduces separating chapters featuring a character he uses elsewhere Zeno Porno, and Professor Pippo Quester, themselves investigating the history of the crossword puzzle. These interludes meander all over the place, introduce plot threads that merely come juddering to a halt, and from a promising start fail to hold the interest. Other characters are introduced, most eccentrically the Spider-Man villain Hammerhead, but they meander in and out serving little purpose in the larger picture and not compelling enough to hold the attention of their own accord.

The primary sub-plot concerns an assassination attempt, which is wrapped in literary cotton wool, seemingly devoid of reasoning but attributed to a book, portions of which are later quoted. Everything appears to be working to a resolution in keeping with the crossword puzzle theme, but that resolution is so random it’s as if Bacilieri figured there would come a point where he could tie everything together, then couldn’t. It’s plain idle.

That’s not a claim that could be made about Bacilieri the artist, because that Bacilieri is great. He appears influenced by American underground cartooning, but his pages have a greater precision than any of that school other than Robert Crumb. He works in the crossword theme visually by using a lot of small, square panels surrounding a larger illustration, and leaving some of them as solid black, and by including visual identifiers below the captions on the factual pages. These could be seen as a form of crossword clue. Anything he draws is worth looking at, but the whole falls far short of the back cover blurb’s claim that Fun is breathtakingly inventive.

It’s a great shame, because it could have been, and starts that way before flattering to deceive. The first crossword puzzle was published in the USA in 1913.