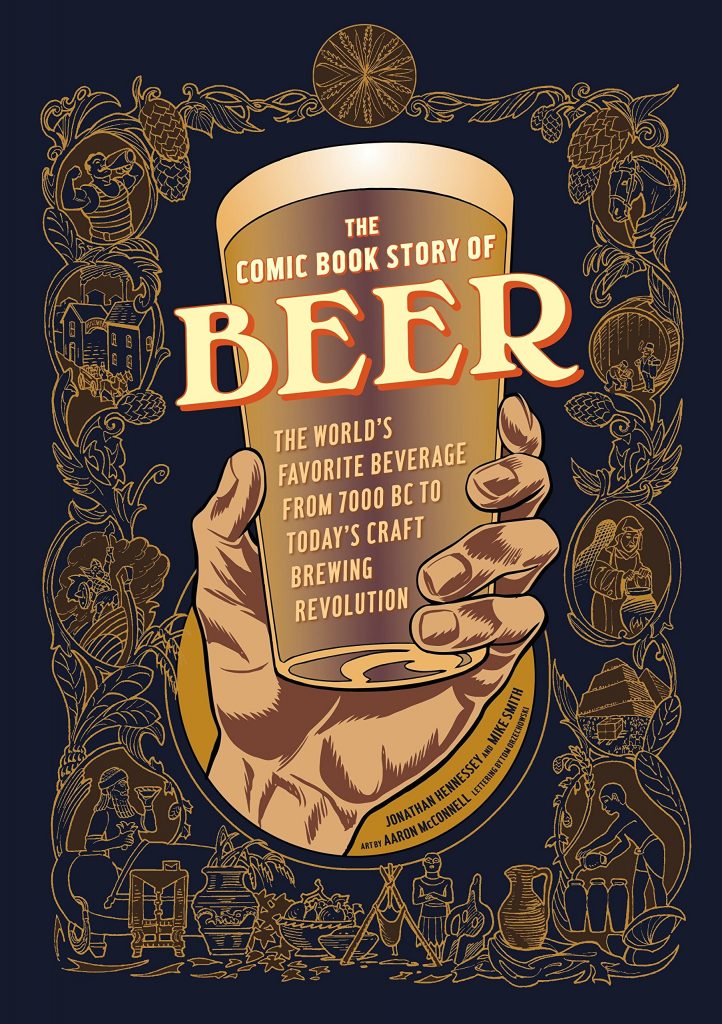 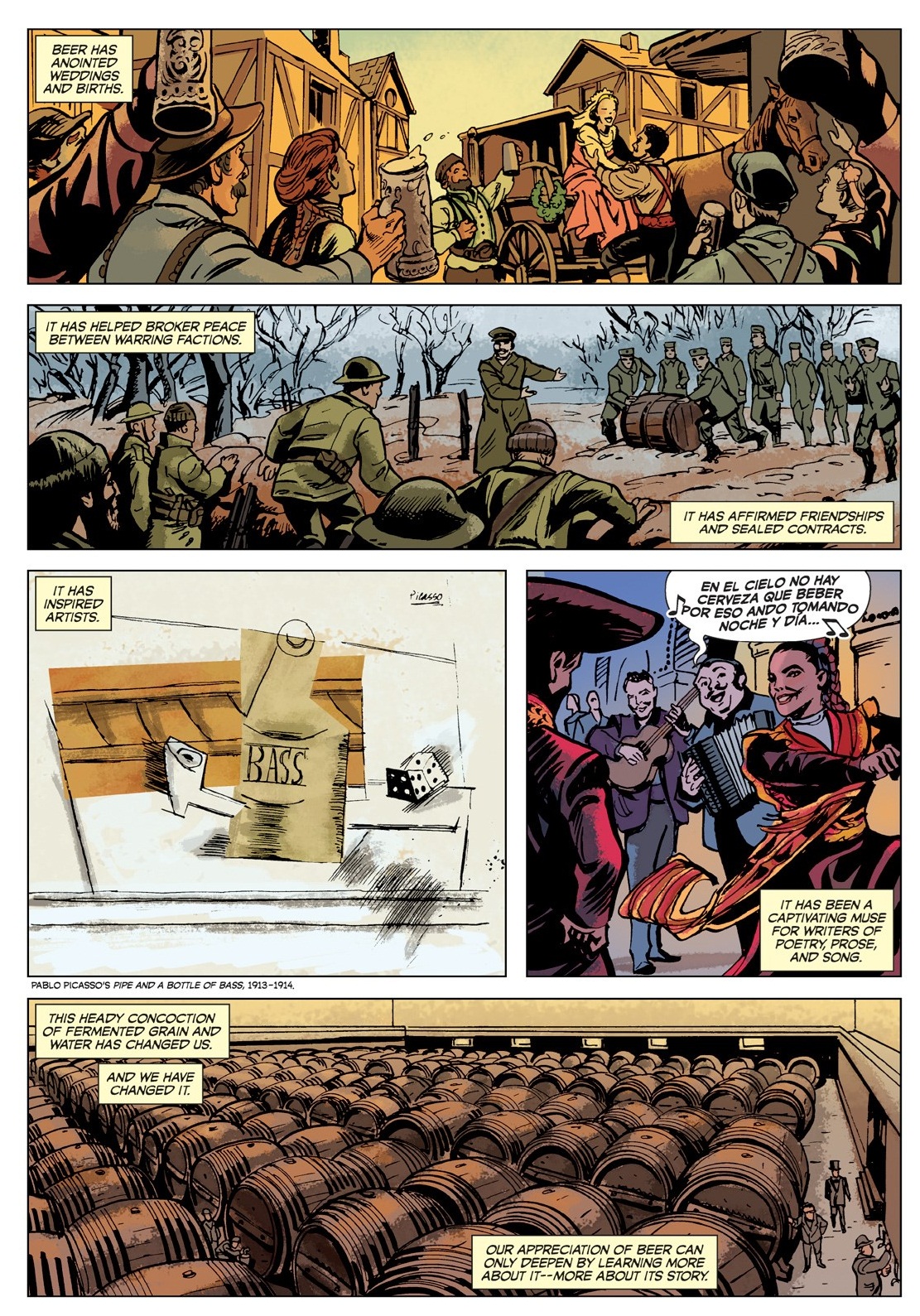 Jonathan Hennessey has carved out a career in producing graphic novels on historical topics. They’re well researched, but the key to the success of this project is the expertise, enthusiasm and technical knowledge supplied by collaborator Mike Smith, a brewer with a wealth of experience.

The way into what’s an absorbing read is establishing just how old beer is. The earliest known examples are from China, dated to around 7000BC, but it’s believed cultures throughout the world were brewing fermented drinks long before then, using animal skin gourds that don’t preserve traces like pottery does. Because no-one really knows, much of beer’s early history is informed speculation, but based on a reverence for it among early cultures with forms of decipherable records, the earliest dating from 1800BC and found in Iraq.

The research on display is extraordinary, yet as enlivened by Aaron McConnell, it’s never dull. McConnell’s artistic methods are very much about throwing everything into the pot, from cartooning to realism, while incorporating paintings, photographs, exhibits, iconography, Lego figurines, architectural illustrations, and likenesses of Smith as he explains technicalities. It’s all a heady brew, and that’s not the half of it, McConnell surprising or delighting on almost every page.

This isn’t a chronological dissertation, so the chapters jump back and forth according to topic, but there’s a logical progression. It makes sense, for instance, to explain the exact brewing process from ancient days to modern times between the start of historical records and detailing the conflicting and contradictory relationship of beer with organised religion. The pages are interspersed with ‘Meet the Beer’ text and illustration pages highlighting prominent forms of beer, and these alone are wonderful.

Although published in the USA, this is a book with a global outlook, so alongside Fritz Maytag and the Anchor Steam brewery due importance is given to the German purity laws and the founding of the Campaign For Real Ale in Britain. Such is the depth of research in presenting technique, fact and anecdote that surely even beer experts will learn something from reading it. A beer flood in London killed eight people when a porter vat exploded, lager/pilsner is so ubiquitous that even in today’s market it accounts for 95% of all beer sales, and when hops were introduced to beer it was controversial. For anyone who just likes a beer and wants to investigate further this is a thankfully indexed treasure trove. There does seem to be a problem with the binding, so watch out for that.