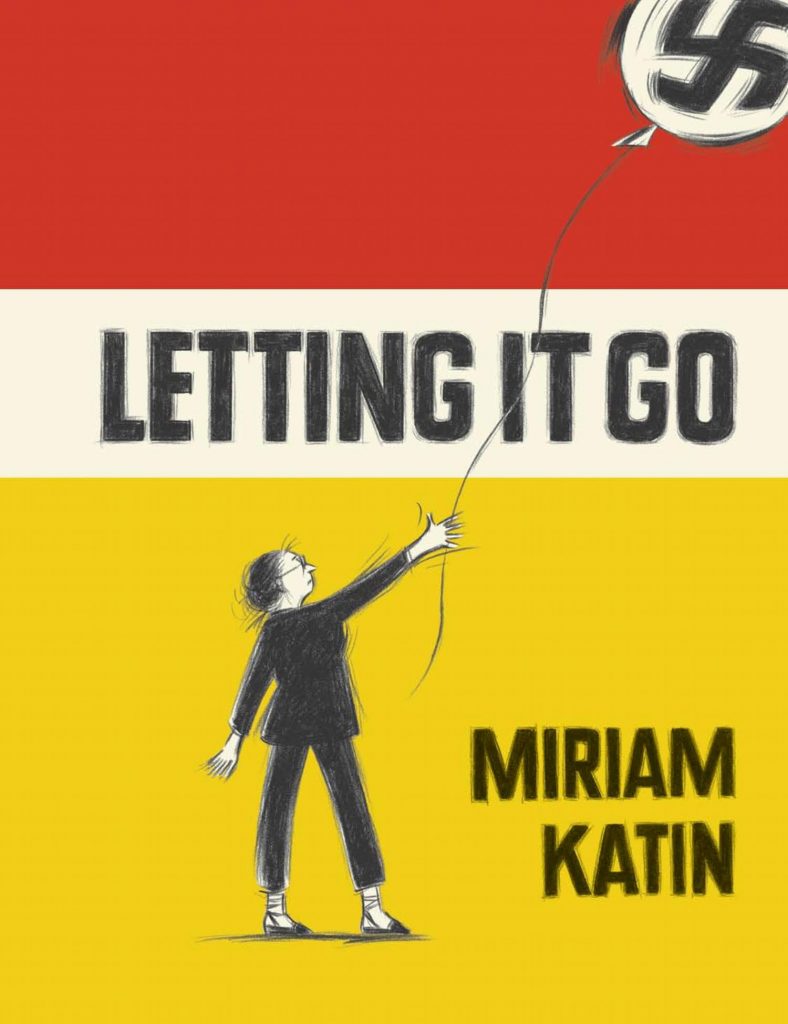 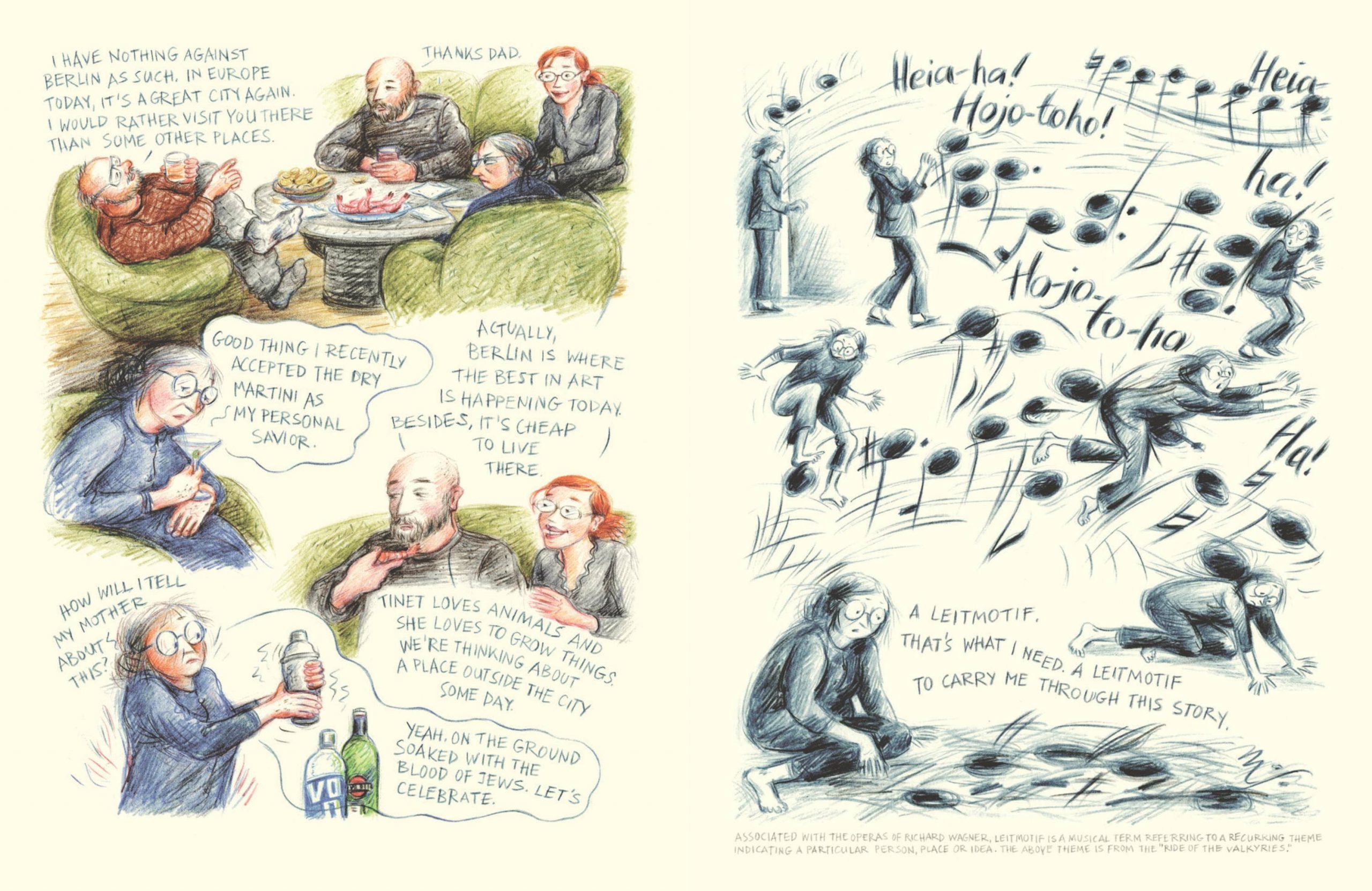 Miriam Katin turned late to graphic novels, having already had a long career in animation before she published We Are On Our Own, her recollections of a childhood in Hungary under Nazi occupation. Letting it Go begins as a very different memoir, opening in Katin’s recent past as an older woman in New York.

Procrastination characterises the opening section, taking us a fair way into the book before the primary topic is announced. Katin’s son visits and reveals he wants to live in Berlin. Through her Hungarian birth he can become an EU citizen, and he’s begun the process. It awakens the deep scarring of her childhood impressions of Germany and Germans, and those in her homeland who collaborated with them. Part of her rational mind realises this is a completely different generation of Europeans, but she can’t help associating them with their ancestors, not stating it as such, but seemingly believing the tendencies are always there.

We Are On Our Own had focus and the Nazi atrocities to provide narrative strength, but the entirely understandable, although completely unfounded fears of a concerned mother don’t have that emotional pull. Katin has a sharp observational mind and broad interests, and in an otherwise disjointed story that manifests in memorable individual panels, such as a snapshot of an aircraft wheel’s landing strut labelled that it’s not to be pushed upwards, and captivating diversions. The story of Chiune Sugihara, Japan’s ambassador to Lithuania during World War II is remarkable, and the entire book is peppered with illustrations of memorials to Jews massacred during that period. There’s a brutal honesty to Katin’s reflections, to the point of her regularly showing herself in poor light when that’s not narratively required, which is contradictory as at one point she relates that she’s considering lying about an incident we’ve already seen. She draws the liver spots on her hands, relates an unpleasant hotel accident in full, and is surely aware some opinions won’t be understood by younger people.

Katin’s charming pastel impressionism in coloured crayon has great appeal, and it’s the one aspect of Letting it Go that improves on her previous graphic novel. Freed from the shackles of disciplined storytelling, an artistic freedom is apparent, and Katin shines as she follows her instincts and inclinations. Some pages of conversation and New York landscapes bring to mind Will Eisner, with the lack of panel borders, other conversations are given a sing song quality by being noted in the original language, but with tickertape translations appended. From the explosion on the second page there’s never any sense that Katin feels artistically constrained, and the result is liberation that’s seemingly never going to be reached over other matters.

There is a form of closure, a sense of vindication by the end, but it’s bittersweet as there had to be tragedy for it to occur. The clever juxtapositions, observational nature and fine art make Letting it Go a work worth reading, but it can’t escape the powerful shadow of We Are On Our Own. 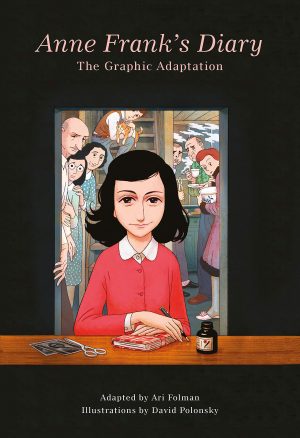