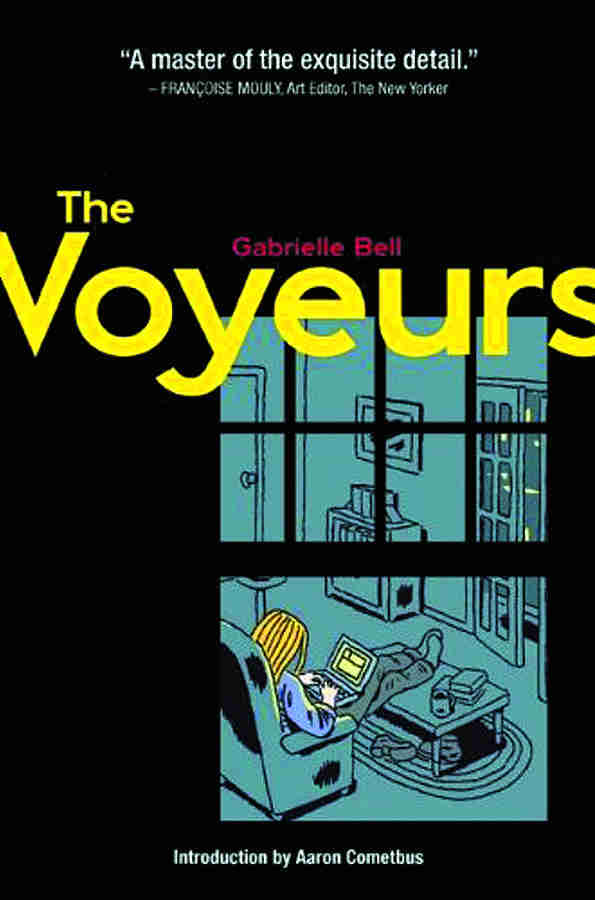 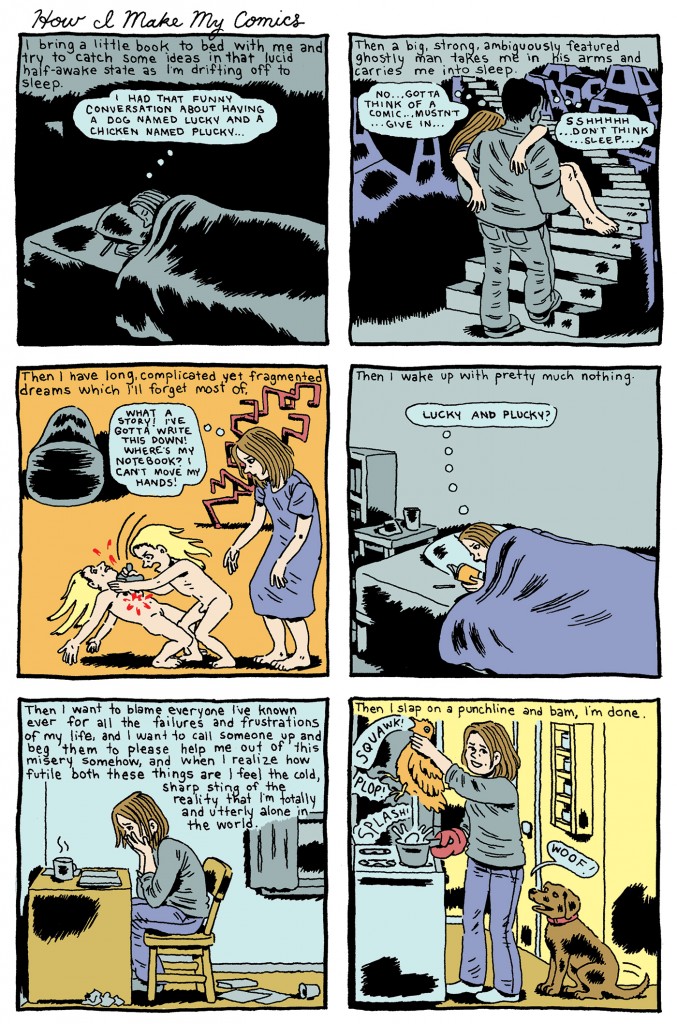 The Voyeurs is a collection of comics produced between 2007 and 2010, first appearing in Gabrielle’s Bell’s self-published Lucky series, on her website and in other publications. Lucky was initially just daily diary strips with a whimsical edge to them, but as time went on, Bell began to play with the content of these journal entries to include dreams, musings and downright fabricated material. This is introduced in such subtle ways as to make you unsure about where reality stops and fantasy comes in. The title story is a good example. Bell and a group of her friends are gathered, drinking, on a rooftop, fascinated by something happening in the building across the street. They are watching a couple who are having sex with their curtains open. The group comment on their moves as if they are watching a sporting event, until the couple notice they are being observed and close the curtain.

Many of the episodes involve travel. One of Bell’s earlier short stories, ‘Cecil and Jordan In New York’, was adapted into a film for the French director Michel Gondry (Eternal Sunshine of the Spotless Mind). Although she doesn’t explain how or why, in 2008 she is in a relationship with him, and she shows them travelling together to Tokyo, Japan to be interviewed about the making of the film, and then onto Paris and the South of France. The way she abruptly introduces this improbable change in her circumstances seems like she is messing with her readers again, but no. This story is true. Gondry’s quirks and eccentricities make him an ideal foil for Bell’s own variety of embarrassed self-awareness and lots of short, funny vignettes of the two of them take us through the year.

The Voyeurs is mostly Bell playing it straight in terms of reportage, with her life providing enough eventful content that there’s no need to embroider anything, except for one episode in 2010 where a story about her mother ends up imagining a feminist utopia based on the works of Valerie Solanas. Bell draws in a resolutely straightforward way, everything mid-shot and long shot, no close ups, no weird angles; her characters all simply outlined in a textured stroke without too much embellishment. It gives her images a gentle storybook rhythm which may be why the contrast of the wry, witty, existential dialogue is so effective. She knows exactly what she’s doing, as a strip near the end of this book demonstrates: ‘How I Make my Comics’ (page 150) takes just six panels to begin quietly, slide into absurdity, then turn into horror. Lesser creators would end it there, but Bell resolves her bleak trajectory and yanks everything back to jolly normality in the final panel with a perfectly ridiculous injection of slapstick. It’s admirably skilful and memorable work, and this is a brilliant collection of entertaining, curious, cleverly observed stories. 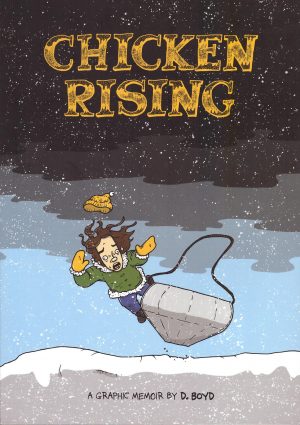