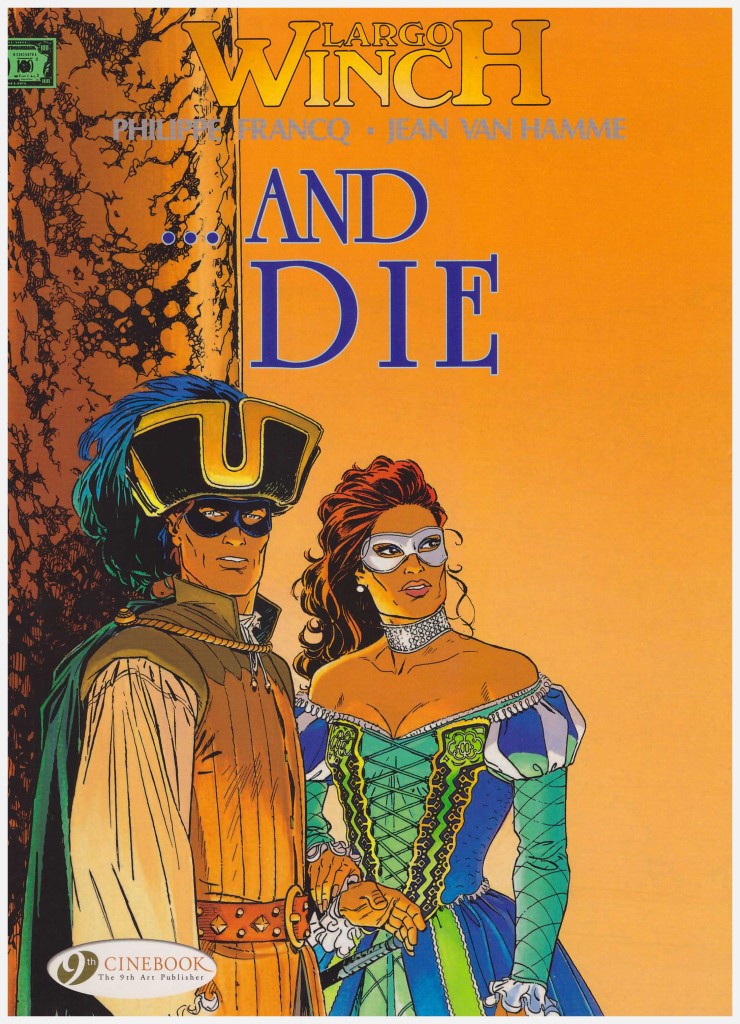 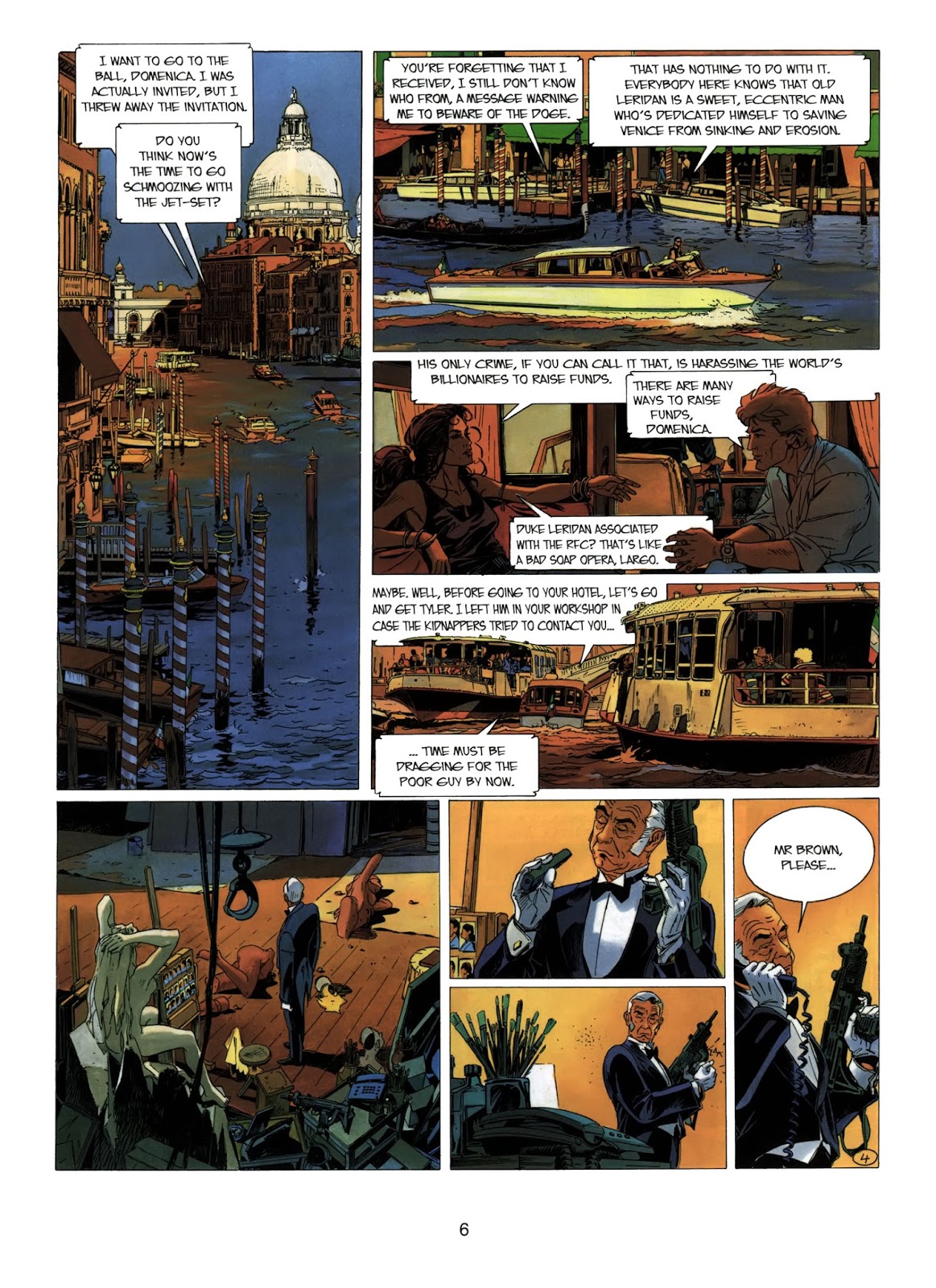 The unusual title of this volume makes sense if bookended with its predecessor See Venice… Thankfully future tales avoid this awkwardness.

When last seen Largo Winch was in Venice having received information warning him to beware the Doge, a title historically associated with that city. Several people died in order that he receive this information, but he’s actually in Venice to meet a girlfriend who was kidnapped just prior to his arrival.

As ever, Philippe Francq’s art is sumptuous. Several pages take place at a costumed ball, and Francq is equally at home with the action-set piece with which Van Hamme customarily ends the Largo Winch tales. This one is a boat chase through the Venetian canals.

In addition to depicting the beautiful scenery of Venice wherever possible, Francq’s cast are easily distinguished, and they’re well characterised by the looks they give and their postures. This latter aspect is important in Largo Winch material, as Francq takes it upon himself to supply what Van Hamme doesn’t. Van Hamme plots fast-moving action thrillers, but his characterisation is the merest application in order to facilitate those plots. The primary purpose of his dialogue – “I don’t want you to come Domenica, it could be dangerous” or “I hear nobody knows who murdered him. Do we know the motive for murder?” – is to further prod the plot.

That plot is as intricate as ever, and worked through this time by Winch on his own, lacking the mates who’ve previously accompanied him. When revealed, it’s spectacular, if not entirely credible in the James Bond manner Van Hamme is imitating. Once it’s done with, the wrap-up is rapid and cursory.

The next pairing of Largo Winch novels is Golden Gate and Shadow.