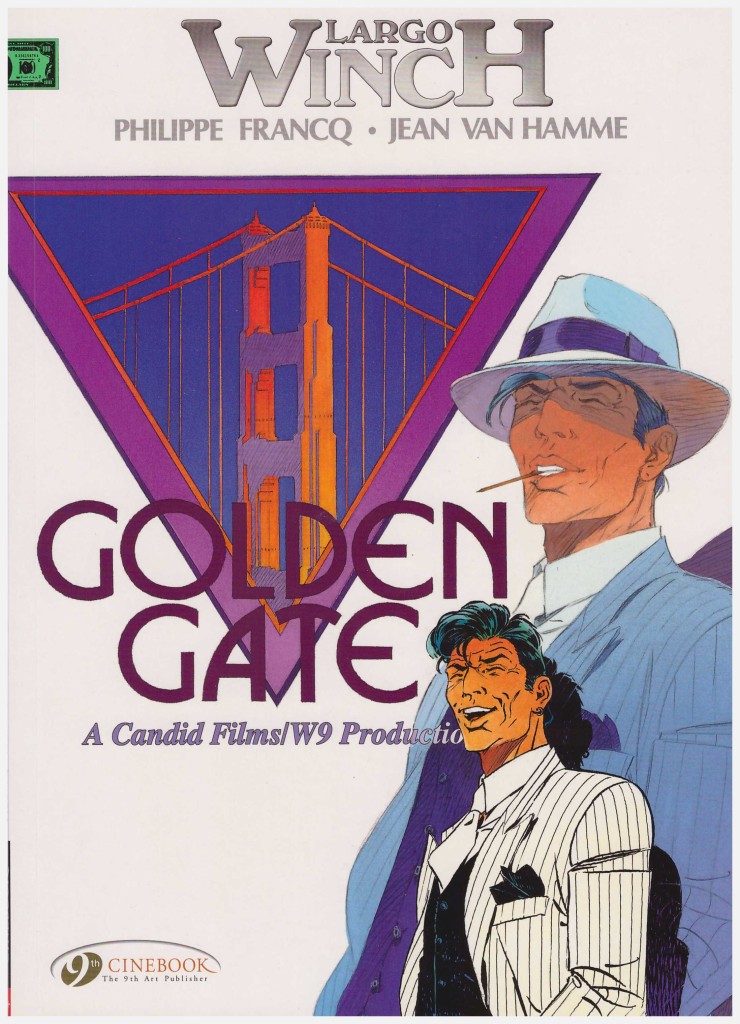 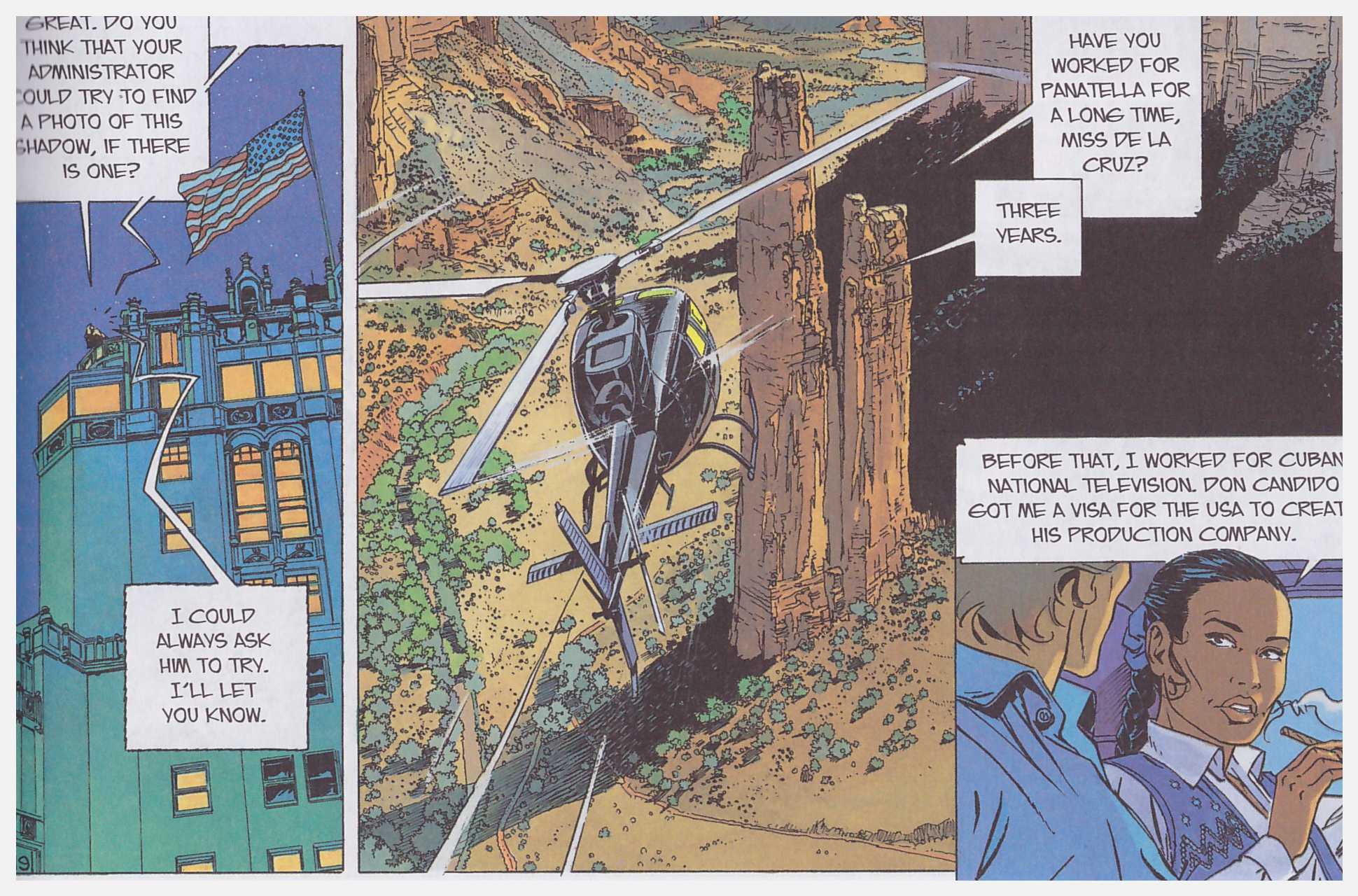 While introduced as a sneaky and disreputable character whose love of fast buck saw him jailed in the opening Largo Winch adventure, this very weakness has rendered Simon Ovronnaz someone Winch can rely on. They helped each other out in time of need before either knew Winch was heir to the global W Corporation, so, Winch reasons, Ovronnaz despite his inclination, is trustworthy in time of need.

“Complete trash” is W Corporation executive Dwight Cochrane’s response to the opening episode of a TV show Ovronnaz is now starring in, funded by a W Corporation subsidiary. Cochrane’s right, and Jean Van Hamme’s enjoyed himself over the opening two pages constructing a jaw-droppingly poor and cliché-ridden script before pulling the curtain back. It’s fun he returns to when Largo pays a visit to the set: “Where are we going to celebrate, baby? Your place or mine?”

Cochrane’s greater concern surpasses Ovronnaz’s wooden acting and delivery, as the terms of the financing negotiated with the independent producers are very suspicious, calling for half the money provided to be transferred to an offshore bank account, allegedly to pay the show’s writers.

This wouldn’t be a Largo Winch story if the arrangement wasn’t as fishy as a trawlerman’s trousers, and a little investigation throws in an extra helping of tuna paste with the unwelcome news that should the series fail to be completed the W Group would have to refund all money and $50 million extra. Worse still, the person Cochrane originally dispatched to investigate has disappeared.

There are some series where the artist is fantastic in the first volume, and there’s no discernible decline or improvement throughout a long run. Philippe Francq drops into that category. His cast are bold and distinguishable, his landscapes stunning and his action sequences extraordinarily well choreographed for maximum impact.

Unique to this volume is that Van Hamme throughout pastiches the action adventure material he’s written for years. This is both overtly via the Golden Gate TV show, and more subtly via the stunts Winch has to undertake to elude the more nefarious folk he’s up against. It’s carried out in a manner that doesn’t undermine his bread and butter, though.

As all Largo Winch stories from this point are serialised over two books, it’ll be no surprise that things aren’t looking great for Winch or his company at the end of Golden Gate, with Shadow mopping matters up.