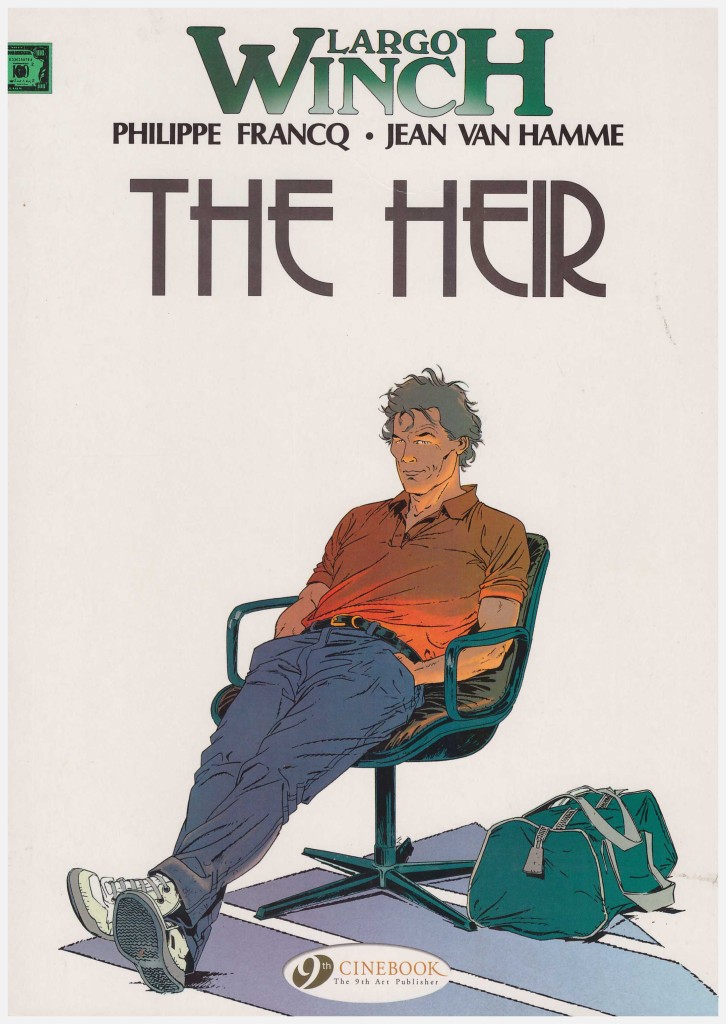 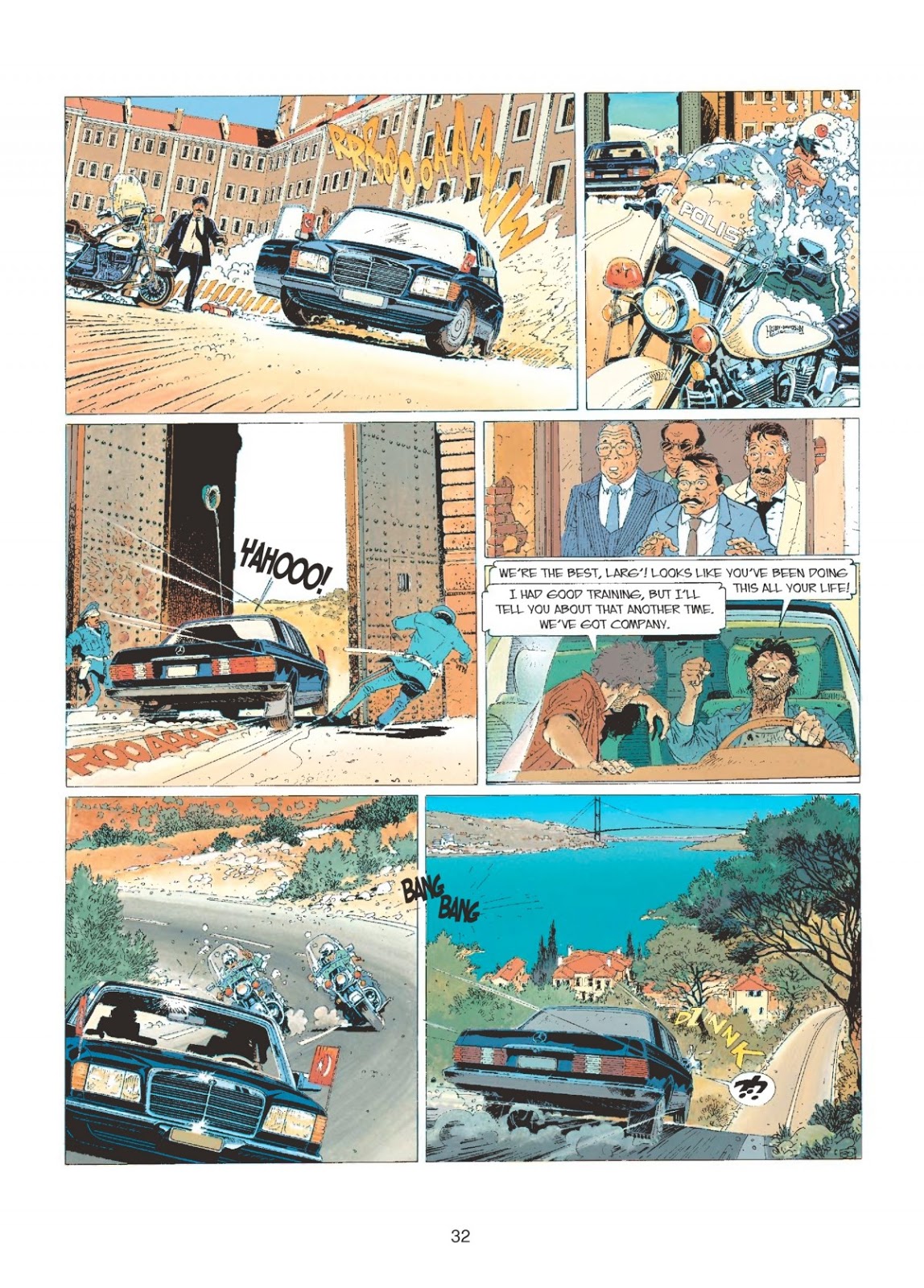 Learning that Largo Winch is a series about high finance, corporate swindles and global acquisitions hardly sets the pulse racing. It is all of that, yet re-characterise it as the tale of a resourceful young man with a peripatetic background in action adventures, and it becomes more palatable.

Jean van Hamme is perhaps Europe’s most successful comic writer. Any French fan is likely to be able to reel off half a dozen of his long-running series, yet despite a career winding back to the late 1970s it’s only in the past decade that English language translations have become widely available. This is thanks to Cinebook, who’ve published all of his XIII and Thorgal series, and have started runs of Lady S and Wayne Shelton.

Van Hamme’s speciality is the intricately plotted action thriller. His cast lack an emotional depth, but the surface quirks are adequate for his form of fast paced storytelling. Such is his facility with the material that the stories in this book and its sequel have been loosely adapted for a pair of French films. That’s in addition to a French TV show that ran for just under forty episodes, so we’re talking a viable high concept here.

Cinebook’s translations reduce the books to a format more suitable for English language comic shops, and they initially elected to reprint two French albums in a single collection. This makes sense as Van Hamme plots Largo Winch in two segments, the opening album concluding with a cliffhanger, and the second part resolving matters. So, the introductory chapter giving the book its title introduces us to itinerant wanderer Largo Winczlav, thrown into a Turkish jail suspected of murder. He’s entirely unaware of the consternation amid the board of the W Group, a global conglomerate with myriad interests, on hearing news of their founder’s death.

Van Hamme provides a variety of conniving board members possibly responsible for that death, while simultaneously following Winch and his new ally Simon Ovronnaz as they escape their captors and lead others a merry chase.

The plot of these tales relies heavily on the intricacies of corporate registration, and that (and other business matters requiring explanation for the novice), result in an exceptionally wordy script in parts. Luke Spear’s translation is commendably brief in coping with this, but in other places literal and formal: “Tell your secretary to buy you a shirt and toothbrush from Macy’s. We are leaving in 45 minutes.” Examples of this type, though, don’t interrupt the flow of events, and by the end of the book Winczlav’s past has unfolded, he’s proved himself well versed enough to see off the circling corporate sharks, and is confident in charge of the business he’s inherited.

Philippe Francq is yet another amazingly accomplished French artist, able to supply an amazingly convincing and decorative locale, be it a remote island in the Adriatic, the boardroom or the Turkish jail. He does so in the ligne clair style familiar to European readers, prioritising clarity by avoiding shadow.

The Heir is a superior page-turner that sets the template for all following volumes, numbering over twenty French albums to date. Cinebook’s volume two combines Takeover Bid and Business Blues.