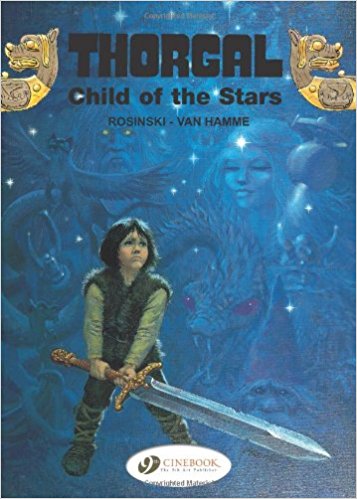 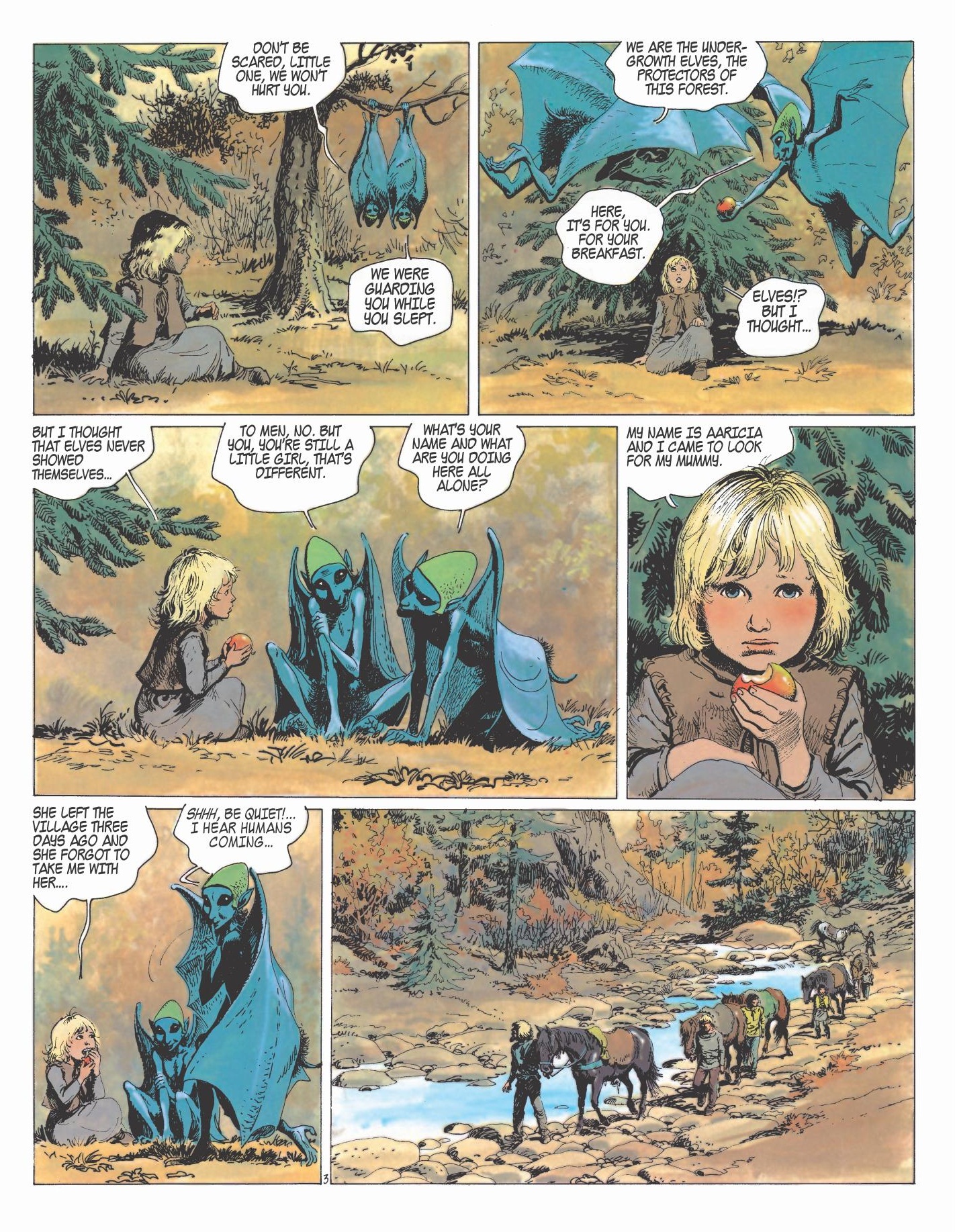 Jean Van Hamme is probably best known for Largo Winch or XIII. It may come as a surprise to some that his breakout was with a fantasy/sword and sorcery series titled Thorgal, first serialised in the pages of Tintin magazine in 1977. In 1980 the first album La Magicienne Trahie was published, printed in English as The Sorceress Betrayed, but now out of print. Since then Thorgal has become one of Europe’s bestselling titles with 35 books and a number of successful spin-offs, although Thorgal’s success isn’t purely down toVan Hamme, since artist Grzegorz Rosiński’s dazzling work on the series has garnered a number of awards through the years.

Thorgal spins the saga of Thorgal Aegirson, rescued by Vikings as a baby from a strange craft that fell from the sky. Seen as a portent from their gods, Chief Leif Haraldson adopts him and names him after the Norse gods of the weather and sea. Accepted by some, feared by others Thorgal is a warrior with an alien heritage, a sensitive soul with great skill and a connection to the mystical world. When Cinebook purchased the rights, they curiously started not with the opening volume, but Child of the Stars, a collection of four short stories about Thorgal’s childhood and his connection with Aaricia. She is his only friend and soul mate, a primary character with four stories of her own also collected here. Originally published in French as a solo album five years after the original Child of the Stars, ‘Aaricia’ is a visual feast highlighting how far the creators have progressed since 1977.

Thorgal shares similarities with Conan the Barbarian and Hal Foster’s Prince Valiant but don’t think for a minute that Thorgal rips off of either. Classing Thorgal as fantasy or sword & sorcery is forcing a round peg into a square hole. Instead it straddles the lines between science fiction, romance, supernatural, historical and classic horror genres. It’s a curious blend that stands apart from other fantasy titles, a major reason being the stunning artwork. Rosiński is a magnificent artist whether illustrating a band of Viking warriors or a mountain scene. Writer Van Hamme finds inspiration in Norse mythology and the Viking sagas, weaving tales of giants and dwarves, bored lesser-gods and magical ships and Rosiński creates them all with a wonderful eye for detail, his work improving with each brushstroke. Aaricia’s stories show the progress from his earlier work, but that’s also impressive, the storms lashing a boat spectacular.

This might not be the Van Hamme you are used to, but he writes some compelling plotlines. Duels to the death, monsters and magic are all common fantasy tropes, but his willingness to experiment infuses Thorgal with life. His main problem is keeping track of vast and complex back stories, which is hardly unusual for him. The inconsistencies are minor and since the stories are well told, it’s no big deal. These are lovely stories, lovingly written and illustrated. They’re aimed at fantasy fans, but there is plenty to offer and much to admire for other readers as well.

Thorgal’s adventures begin in earnest in The Three Elders of Aran.