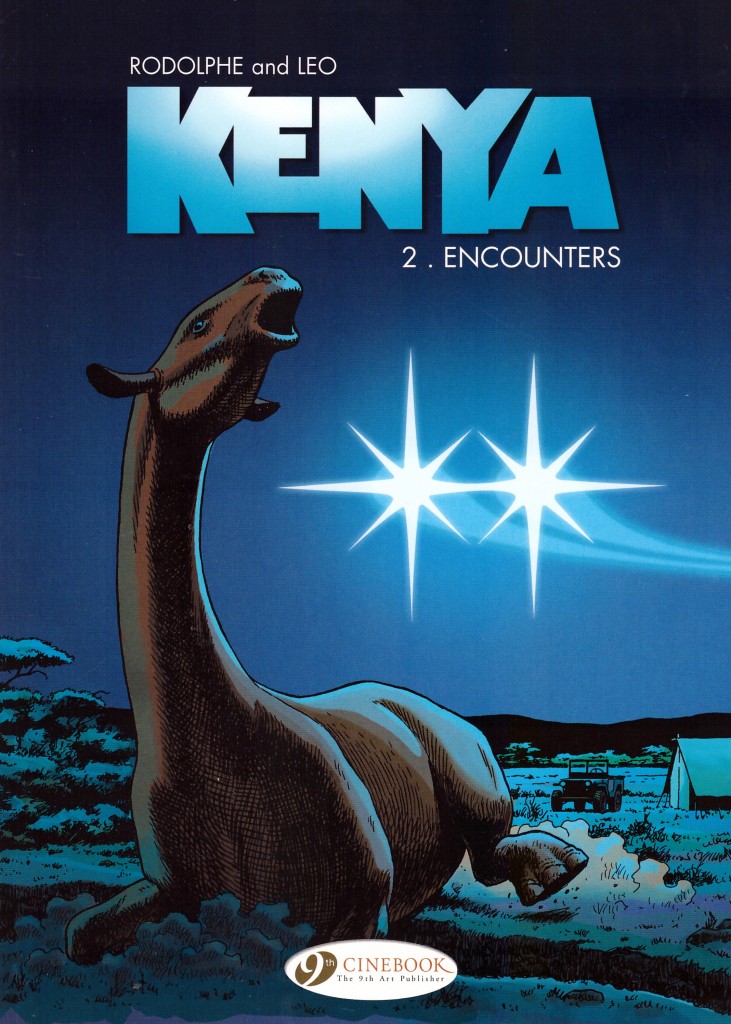 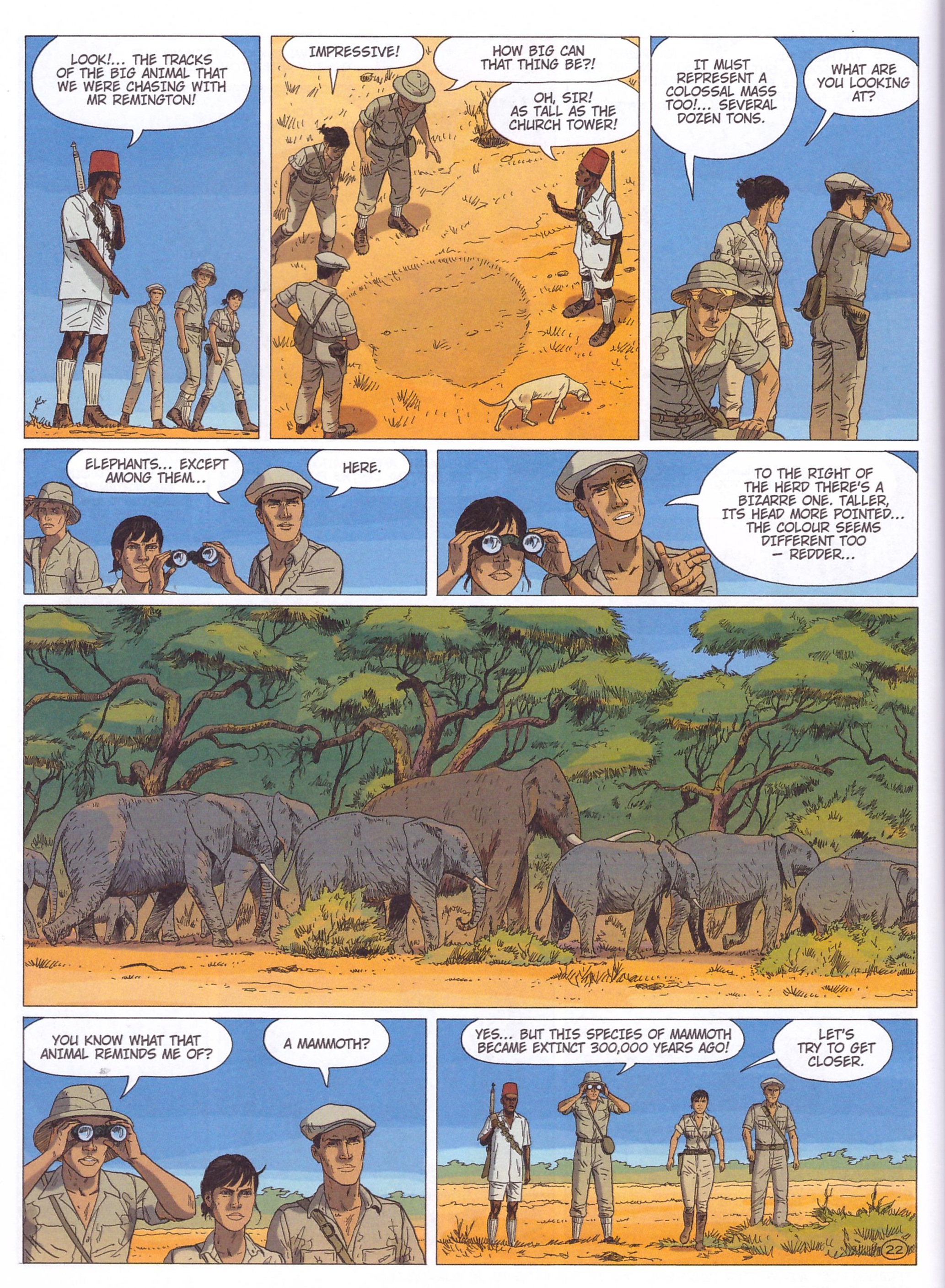 Encounters is a tale of two expeditions into the Kenyan bush in 1947. The first was funded by macho novelist and gung-ho huntsman John Remington, and disappeared without trace, the sole survivor a young Kenyan porter with an incredible tale to tell. Those who read the previous Apparitions are only privy to part of the story, which concludes over the opening third of this book. The second expedition is that of Kathy Austin, who appears far more curious and adventurous than her post as an English teacher would suggest. She plans to follow the first expedition, and is accompanied by two of her male colleagues, French and German, both of whom have been identified to Kathy as having other allegiances.

Into this already suspicious mixture writing collaborators Rodolphe and Leo throw in the suggestion of UFOs, and of underhand activities, successfully invoking the paranoia that later spread across the USA. It doesn’t take Kathy’s party long to discover the final known location of the previous expedition, a camp where a dog appears, a matter of later significance. Some of the more whimsical elements introduced in the first book now also have a part to play.

There’s a greater integration between the cast as introduced in Apparitions, although the full extent of that is a matter for the following Aberrations. Rodolphe’s very good at concluding one plot while introducing other mysteries that ensure interest is maintained without the frustration of having to wait too long for answers, a problem with Leo’s solo work. The bigger question remains unresolved by the end of this book, but we now have an idea of almost everyone’s genuine nature and purpose.

Leo’s art is once again very good. Further creatures that should be long extinct, and some that seem alien in origin are introduced, and he revels in drawing them alongside the more usual Kenyan wildlife, which, of course, is exotic to most readers. The books are packaged by Cinebook to resemble Leo’s science fiction work, but Kenya has more in common with the tradition of the European adventure strip including anomalous elements. It’s not too far removed from Blake and Mortimer, in fact, with the period setting almost the same also. A rather foreboding ending emphasises that comparison.