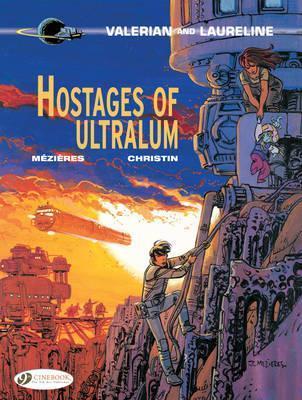 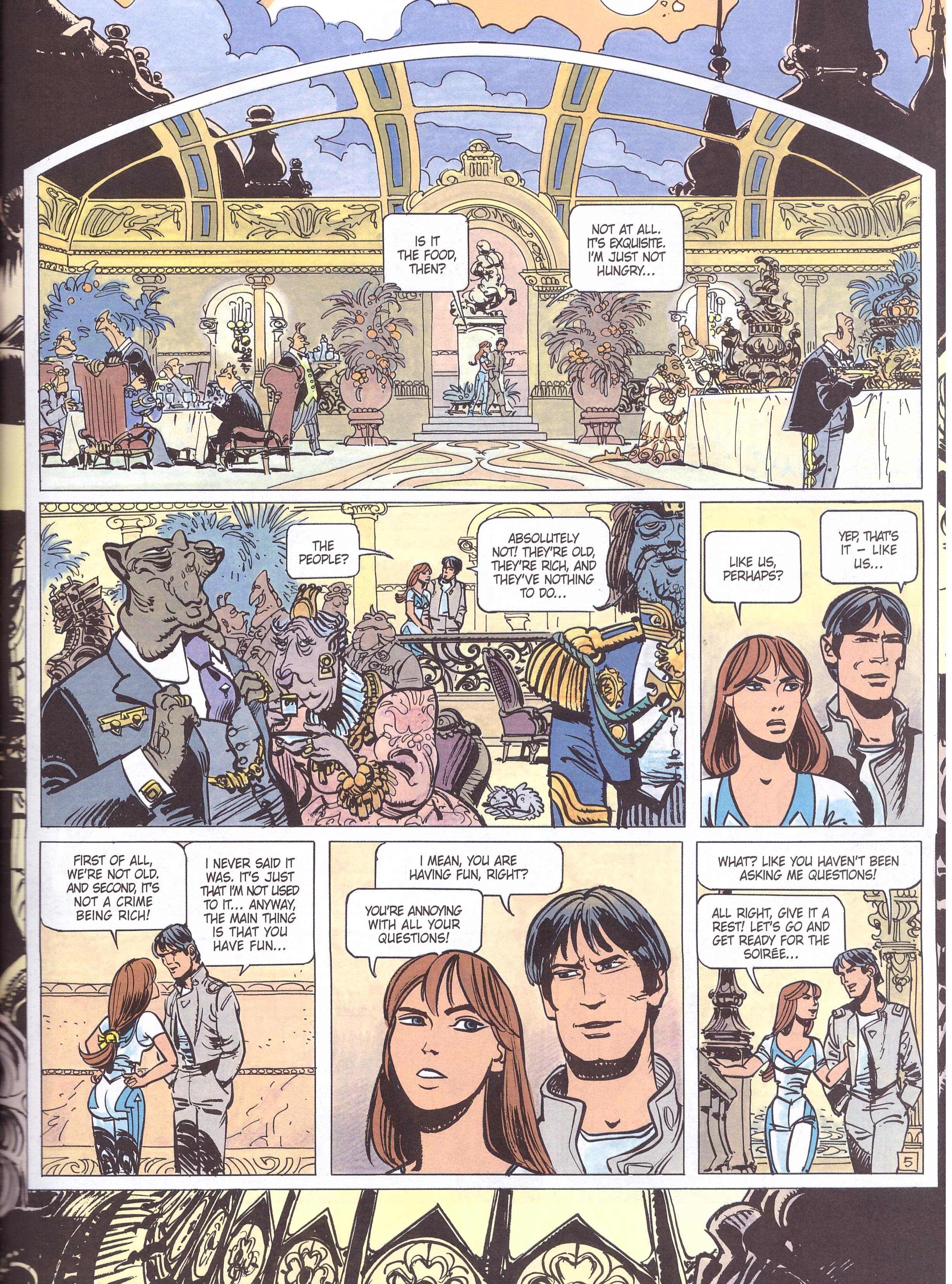 Since finishing off a major plot running through the series four albums back in The Wrath of Hypsis, there’s been a feeling of Valerian and Laureline drifting a little. Hostages of Ultralum definitively dispels any consideration of coasting. Pierre Christin writes a superb science fiction adventure incorporating moments of considerable tenderness, plenty of laughs, a constant stream of inventive ideas, and a brilliant escalation of danger. Beyond that, Christin is again taking a poke at real world politics where money is prioritised above all else. Ultralum is the fuel on which the galaxy’s spacecraft run, and those who control the resources wield enormous influence.

The Grand Caliph of Iksaladam controls vast quantities of ultralum, and his son is abducted. Christin’s previously established the species well, and due to complications Laureline is also kidnapped. They become the hostages of the title, both more resourceful than their abductors would like. Valerian finds an ally to give pursuit immediately, but the situation is rapidly complicated by every bounty hunter in the universe hearing of the Grand Caliph’s immense reward on offer for the safe return of his son.

A characteristic of the series is Christin’s startling substitution of biological methods of achieving what technology delivers in other science fiction material. The transmuter excretes exact replicas of valuable items and has been seen before, but Christin introduces new creatures here with a specific purpose, and they’re equally impressive. The bizarre Schniafer will be seen frequently in future stories, starting with Orphan of the Stars. Christin also keeps his characterisation light. There needs to be no heartfelt affirmation of the relationship between Laureline and Valerian, and the Grand Caliph’s son treats his abduction as an adventure.

Very noticeable over the opening pages is how Jean-Claude Mézières is toying with his layouts, laying his panels over ornate larger illustrations, and extending them over spreads. The book beginning with Valerian and Laureline on a space cruise is designed to showcase his facility for the wondrous, and he doesn’t let us down. Long before digital technology enabled easy visual effects, Mézières greatly impressed by creating them the hard way, and page after page set in an area of temporal instability features remarkable sights.

Hostages of Ultralum is immensely satisfying, a series highlight, and the ideal sample album for anyone intrigued by the 2017 film and wanting to investigate Valerian and Laureline further. It’s an aggregation of all that’s best about Valerian and Laureline, and anyone resisting its charms is unlikely to enjoy the remainder.