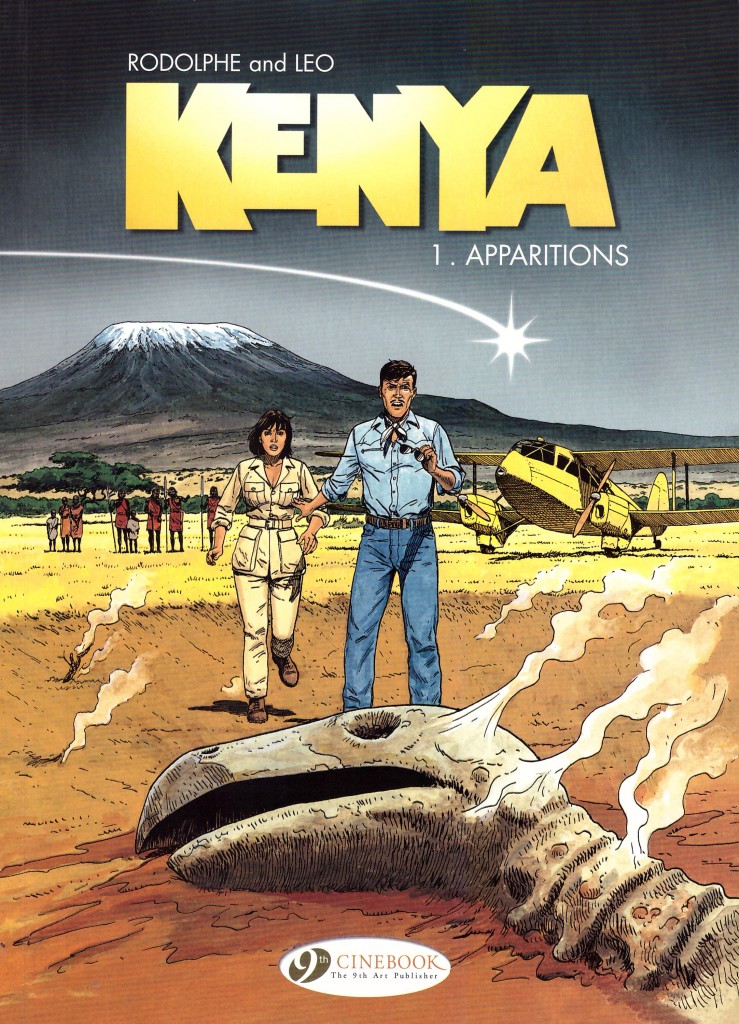 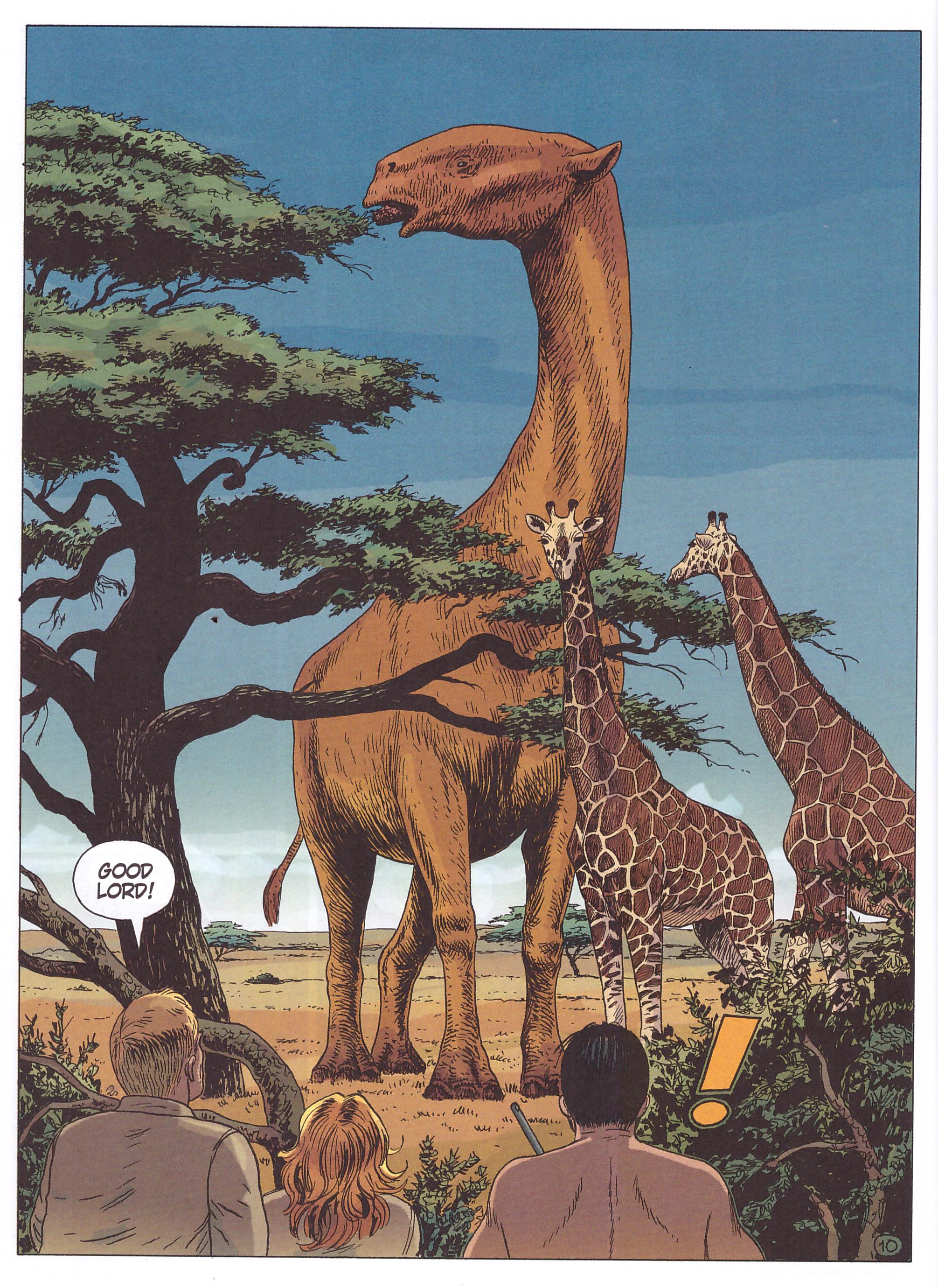 Using only his first name, Rodolphe Jacquette has a career in European comics stretching back to 1975. He’s written over 150 graphic novels, spanning the genres, and the artists he’s worked with are almost a Who’s Who on their own. Astoundingly, Apparitions is the first of his stories to be translated into English, although as he co-plots with artist Leo it’s not entirely his work.

In 1947 a safari party touring Kenya vanishes with no explanation forthcoming. The local Kenyans consider a demon man they call the Batoo responsible, dismissed as native superstition by the colonial occupiers. Kathy Austin arrives shortly after in Mombasa, ostensibly to teach English, but also to learn anything she can about the disappearance. The hints are that she’s also interested in other matters.

While presented as straight adventure, a broad streak of humour runs through Kenya. Both Rodolphe and Leo (Luiz Eduardo de Oliveira) enjoy themselves by casting their players, and anyone familiar with the culture of the 1940s will recognise thinly disguised versions of famous faces. Alongside those they also establish eccentricities such as a palace built in the middle of the bush and miles from civilisation, only really accessible by plane, and owned by someone not too dissimilar to Salvador Dali. Like so much else presented, it’s very much for display only. The Mombasa depicted almost doubles for the film version of Casablanca, where everyone has their secrets and their allegiances. It combines as a veritable stew of paranoia and speculation, exactly the intended mood, and into that they throw several inexplicable happenings.

While Kathy is British, she’s the only significant member of the cast from Kenya’s colonial overseers. She receives very close attention from two of her colleagues, the French Jacques Merlin and the German Konrad Fuchs, and by the conclusion a sort of partnership is formed, leading into the following Encounters.

Leo’s an unusual artist, able to discipline himself to present a very real world of historical detail, yet what he’s known for is a prodigious capacity for designing imaginative creatures as he does in his science fiction series Alderbaran. Let’s just say that talent’s also useful on Kenya. His people, by contrast, are sometimes on the stiff side, but he’s good with emotional characterisation, and Kathy especially is convincing and rounded.

As the opening volume of five, Apparitions is very much intended to set the pot boiling, which it does very successfully. 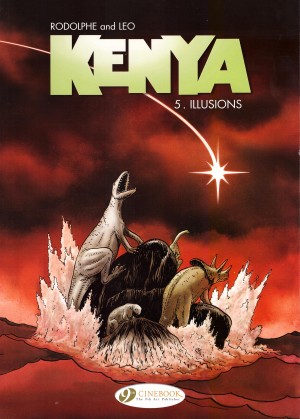