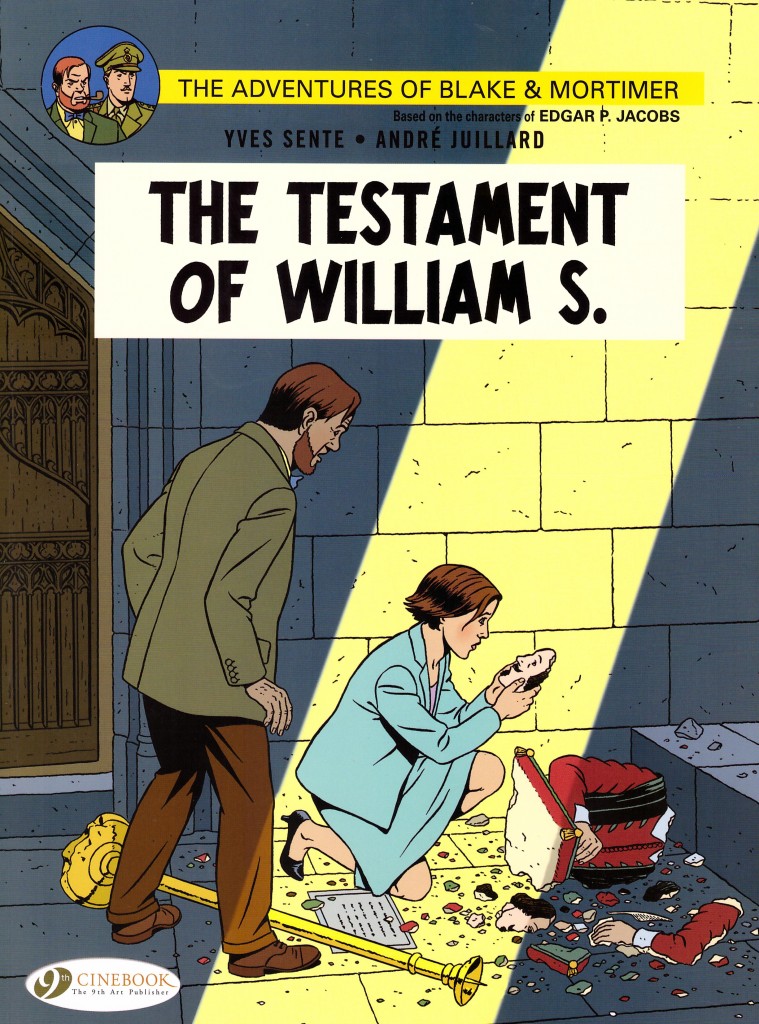 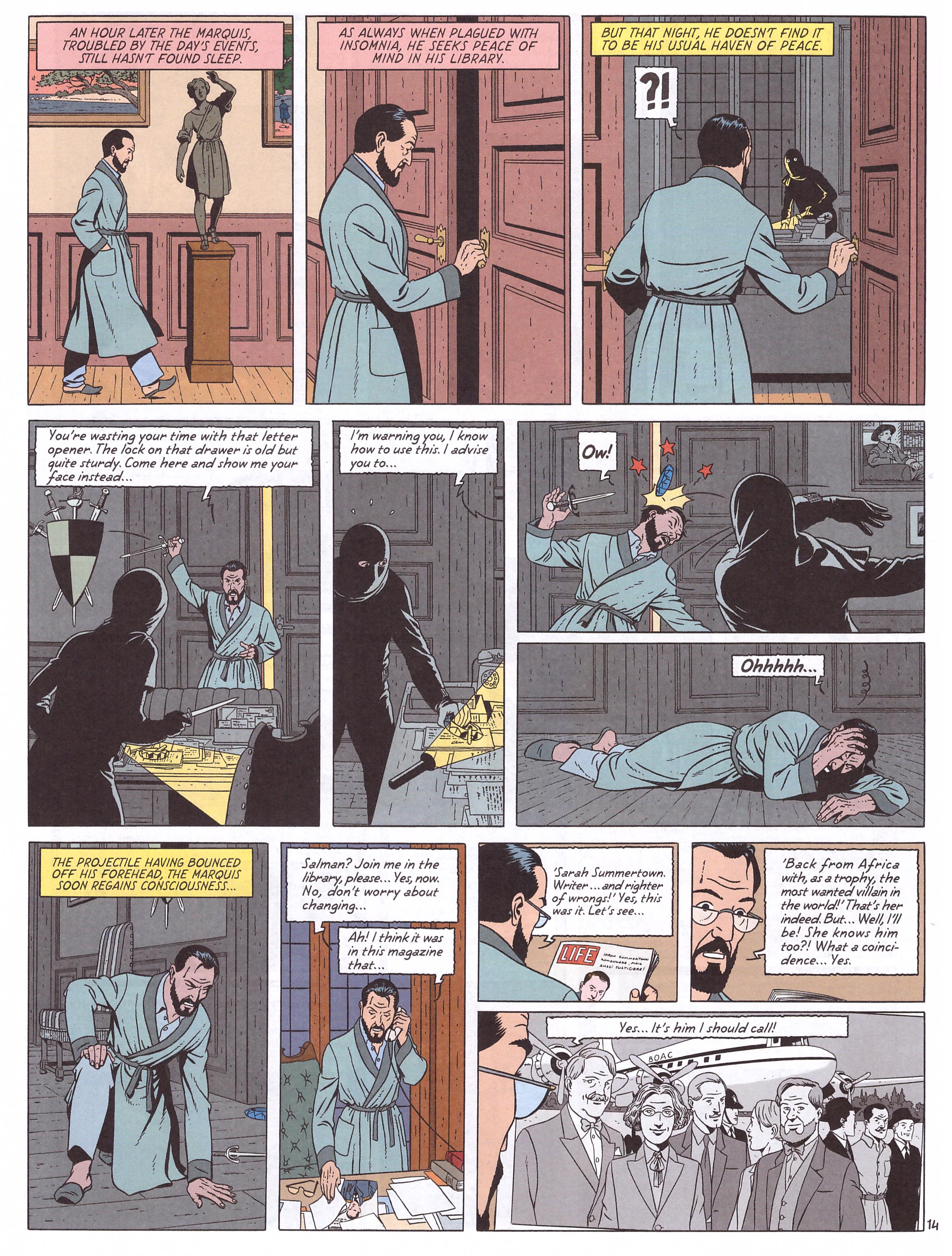 The Testament of William S. is a work of brilliance. At its heart is a very simple story, yet the elegance of both Yves Sente’s plotting in complicating it and André Juillard’s art are matters of great beauty, with not a panel wasted. All the more admirable is that this is achieved with great reverence to the work of series creator Edgar P. Jacobs. This time there is no dipping back into previously unrevealed aspects of Blake and Mortimer’s past, with the exception of one possible stunning revelation to conclude the book, although this is deliberately vague and open to interpretation.

The William S. of the title is William Shakespeare, and Sente’s plot considers the view that no provincial 16th century boy with minimal education could have written the plays attributed to Shakespeare. One of two societies with opposing views on the matter stands to gain a substantial amount of money should there be definitive proof one way or the other, critically involving a deadline set a century to the hour of when the agreement was made. Into this Sente weaves the London and Venice of the 1950s, beautifully observed in the case of the former as the briefly flourishing teddy boy culture is integral to the plot.

Overall the story is very much a procedural puzzle punctuated by brief interludes of violence. When new evidence emerges just before the deadline for proving the authorship of Shakespeare’s plays it becomes a race against time and from venue to venue for Professor Mortimer and Elizabeth Summetown, daughter of his old friend Susan. Blake takes a back seat while providing the support his position as head of MI5 permits.

The clever manner in which Sente introduces elements of later significance is to be admired, and also noteworthy is the incorporation of perennial Blake and Mortimer villain Olrik. There’s a definite repetitious quality to his appearances throughout the series, but his use here is ingenious and yet still effective.

Juillard’s ligne claire art is a monument to well considered storytelling. The covers to the series represent the artistic ethos Jacobs instituted. They’re not necessarily the most dramatic element of the story, but they’re beautifully composed, and Juillard extends this thought to his internal art, prioritising storytelling over drama. Consider the sample page, and other ways this sequence might have been conveyed, yet it provides what’s necessary while remaining true to the aura of naturalism within this shadowless style. Other violent elements are similarly delicately handled, while Juillard’s pages are a car enthusiast’s delight, down to extensive use of a 1955 Ferrari Testa Rossa (not to be confused with the 1980s Testarossa).

By the end of this very satisfying graphic novel we’ve learned who wrote Shakespeare’s plays, been taken on a clue led puzzle that locks together perfectly and left in awe of Juillard’s art. That’s some bargain for £8.99 or $15.95.