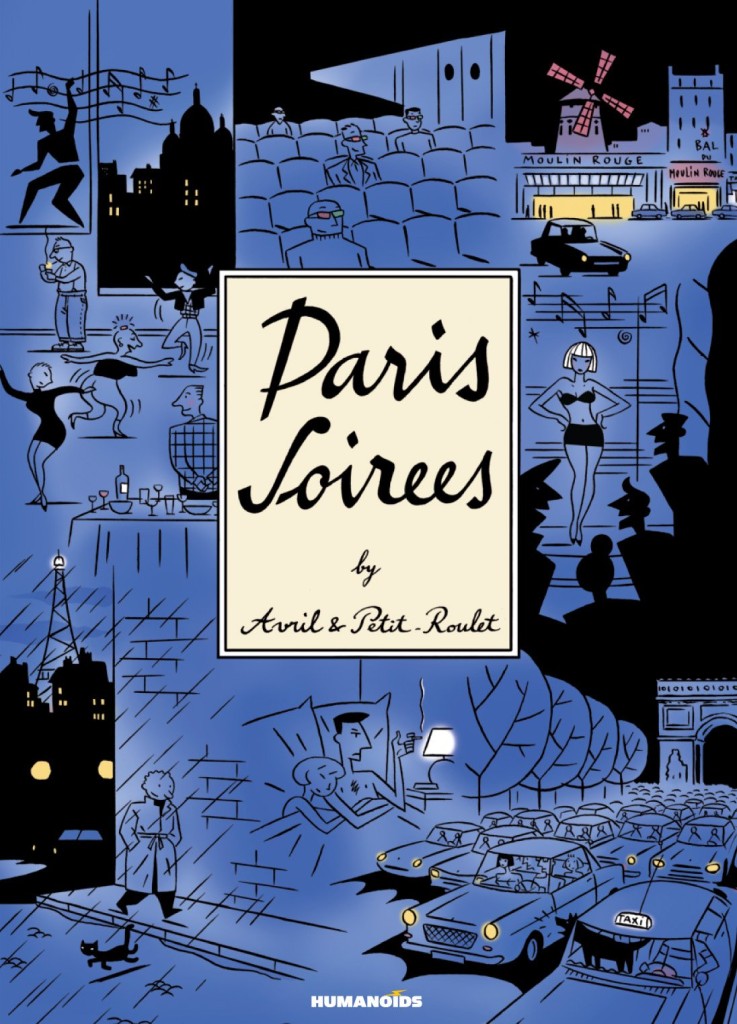 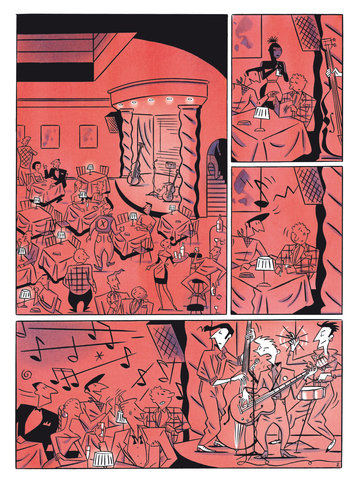 These wordless strips originally saw print in France in the 1990s, and the work of Serge Clerc appears to have been an inspiration in evoking a byegone, yet also timeless era. It could be seen as a graphic novel version of the anthology film Paris je t’aime, in which sixteen directors made short films about Paris, classifying them according to district. Here it’s the same pair of creators throughout, but the strips are each titled with a different address.

’63 rue de la Grange aux Belles’ has two guys attending a sophisticated party. They’re dressed up to the nines, yet neither can persuade a woman to dance with them. Those who’ve turned them down are later seen in the intimate company of others, and the single woman who will dance with one of them is small and clumsy. After pages of metaphorical slaps to the face and pretentious conversation they only finally enjoy themselves when they settle down in the kitchen and begin discussing cars. A nice touch is the small woman as part of this sub-party.

Most other themes offered by writer Philippe Petit-Roulet are equally universal: the constant frustration at not being able first to agree on where to go, then discovering all choices are full, or just a sequence of a party as it progresses. This is beautifully observed, the cast switching locations and activities within the room, each panel offering the same viewpoint, yet differently coloured.

There’s a beautiful elegance to the cartooning of Francois Avril, yet combined with a visual density that belies the simplicity. His figures are charmingly rendered, revelling in their surroundings, even if circumstances remain frustrating. This is a book able to withstand hours of admiring glances, as it’s so packed with movement and detail. Rarely has simplicity been so deceptive.

Sadly, in print terms, Paris Soirees was only ever issued in an expensive oversized hardback edition, but is also available digitally.