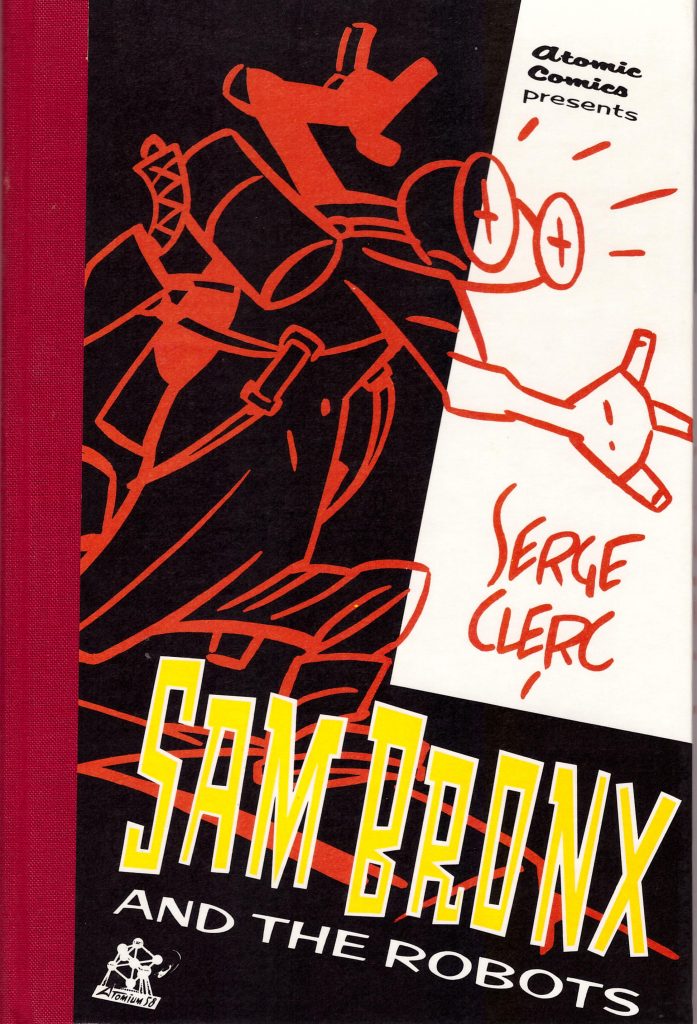 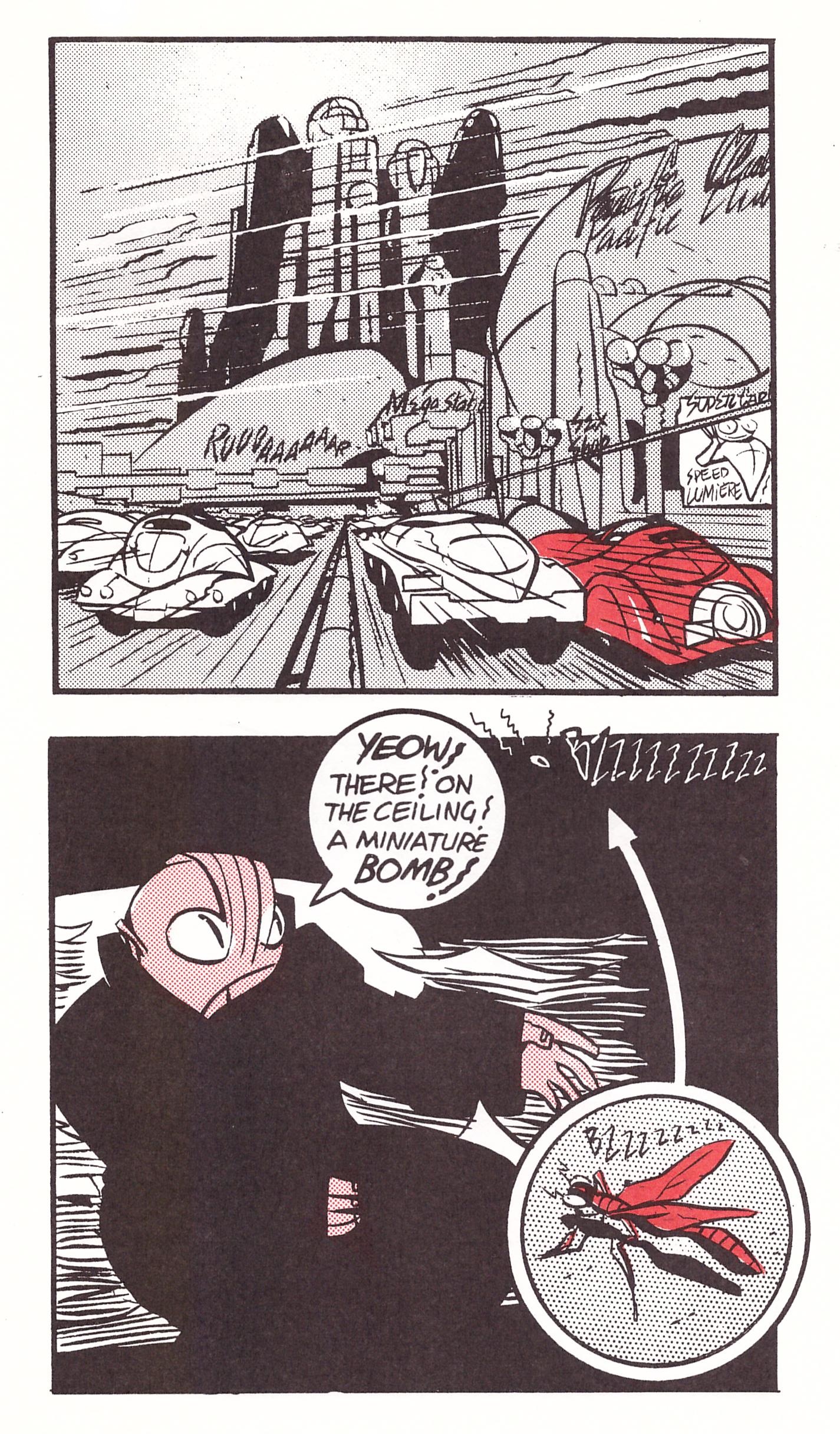 It’s not possible to understate the influence of Serge Clerc’s tidy cartooning on both the European comics community and designers in the early 1980s. In the UK he was regularly seen via contributions to the music papers, primarily illustrations, but also occasional strips. His own influences were traceable, but he modernised an expressive clear line style, giving it a very contemporary 1980s look, while simultaneously providing a timeless retro chic with the seemingly effortless nature of his brushwork. In France his work has been anthologised in several large genre-themed collections, yet despite his influence in the UK his sole English language graphic novel is this long out of print and very slim hardcover from 1989.

Clerc was a very whimsical comic creator. Whether constructing short strips around the lyrics of old songs or indulging an interest in the ridiculous possibilities of science fiction, there was always a distance to his work, a detachment that allowed him to toy with genre sensibilities. So it is with Sam Bronx.

A three panel introduction by the gatekeeper of a galactic scrapyard establishes it as the home of Sam Bronx, who for twenty years has been a hack comic artist. He’s just completed the 876th and final page of ‘Alpha Spy 31 Battles the Agents from Saturn’, and now has to deliver it, but he’s also discovered a conspiracy to assassinate him and so prevent its publication. Is he a paranoid fantasist who’s been isolated too long with his idiot robot assistants or has he stumbled on the truth? A second even shorter tale is a cynical look at the value of life in the future.

These two brief stories appear to have been created a panel at a time, such is their meandering freshness, the discipline provided by restriction to two square panels a page. The wonder, however, is all in the art, as the plotting is slim and lacks engagement. That cartooning is brilliant, though. Clerc has a facility for designing oddities, and creates his strips enabling him to encompass whatever he feels like drawing. Why would Bronx have a car that resembles the classic and stylish Detroit output of the 1940s? Because it looks good. So does the ridiculously phallic future city on the sample page, the bug eyed cast, and the little Tintinesque wavy motion and emotion lines. It results in a book to look at and admire rather than a compelling read, but that art counts for an awful lot.