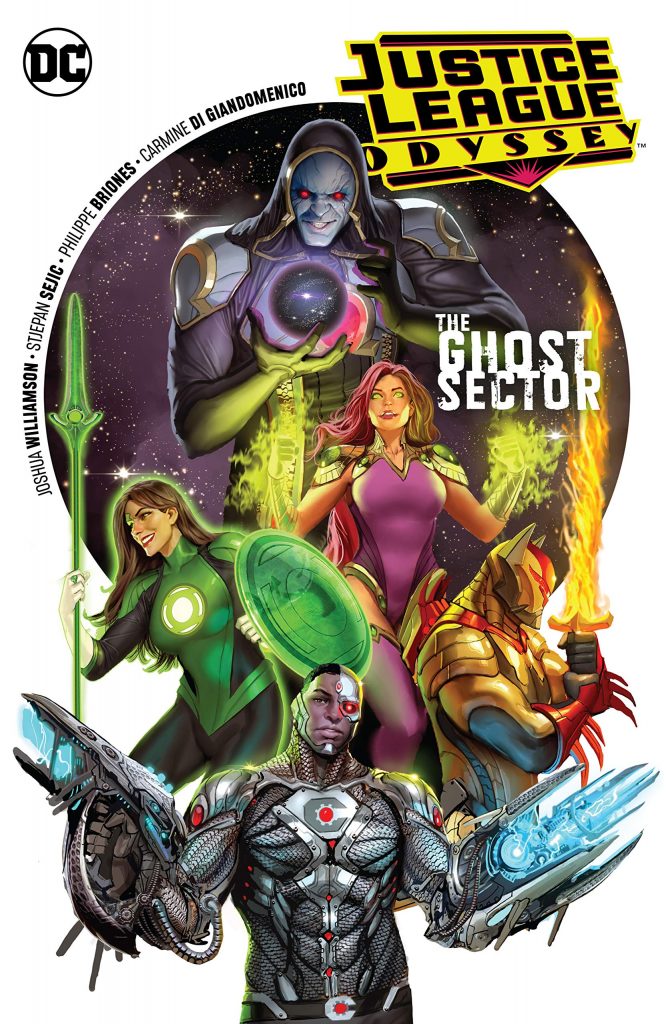 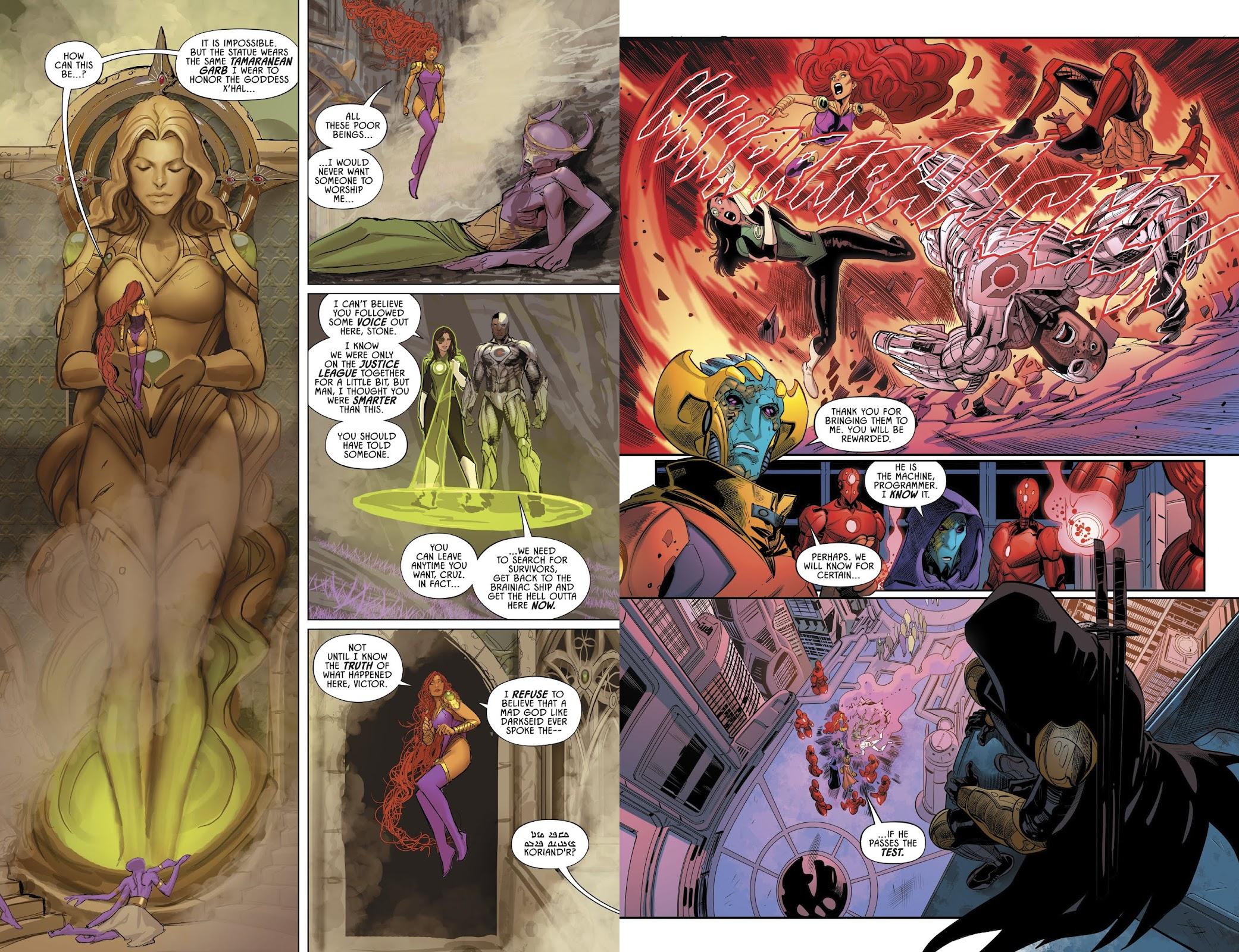 The Coluan race collected worlds, which were shrunk and maintained. These worlds have now been freed again, restored to their previous size and placed in an off-limits area of space known as the Ghost Sector. For some reason, though, heroes Azrael, Cyborg and Starfire have an inner compulsion calling them to the Ghost Sector, and once there Green Lantern Jessica Cruz falls in with them despite her misgivings. Each has a surprise awaiting them, something puzzling beyond their wildest imaginings: they’re worshipped as old gods pre-dating the current cycle of civilisation.

Joshua Williamson’s writing frequently drops big surprises, and what the heroes learn certainly qualifies, but historically he’s not as thorough when it comes to reasoning. That occurs again with too much background referred to Justice League: No Justice, and a lack of substance as the plot predictably runs through the three societies where the heroes are worshipped, with contrived menaces and tests sustaining the action. Williamson isn’t greatly convincing with dialogue and motivation either. Readers may have the feeling that experienced heroes could approach some of the circumstances with more caution.

Artistically this is as much a mixed bag as the plot. Stjepan Šejić draws the first two chapters with extraordinary grace and precision (sample art left), and very decorative statuary, but without much need for backgrounds. Philippe Briones (sample right) is more likely to provide backgrounds, but doesn’t have Šejić’s imagination when it comes to laying out the pages. Carmine Di Giandomenico in the final chapter provides the best of both worlds, being stylish and full detail.

Williamson’s at his best when setting up the future. Darkseid is a devious inclusion, manipulating toward his own ends, and Williamson highlights the mystery of why the Coluans selected certain planets for their shrinking process. The truth of that plan is only revealed right at the end, leaving it as a matter for incoming writer Dan Abnett in Death of the Dark. Ghost Sector supplies the answers grudgingly amid much that’s predictable. Let’s hope for better from Abnett. 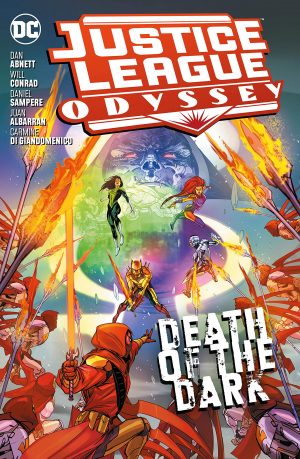 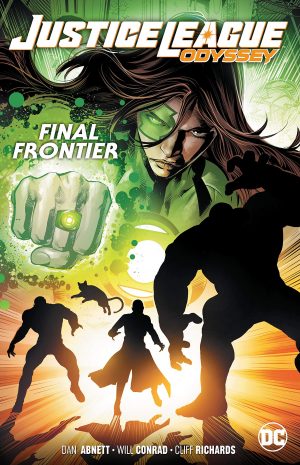 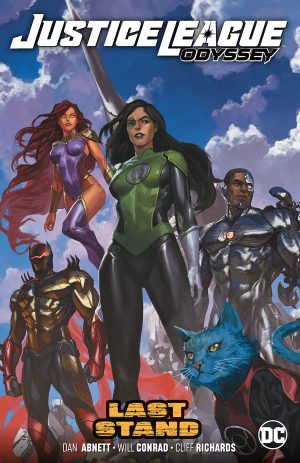 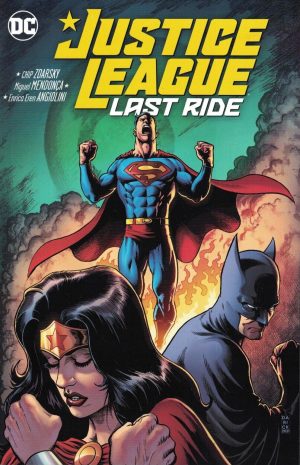