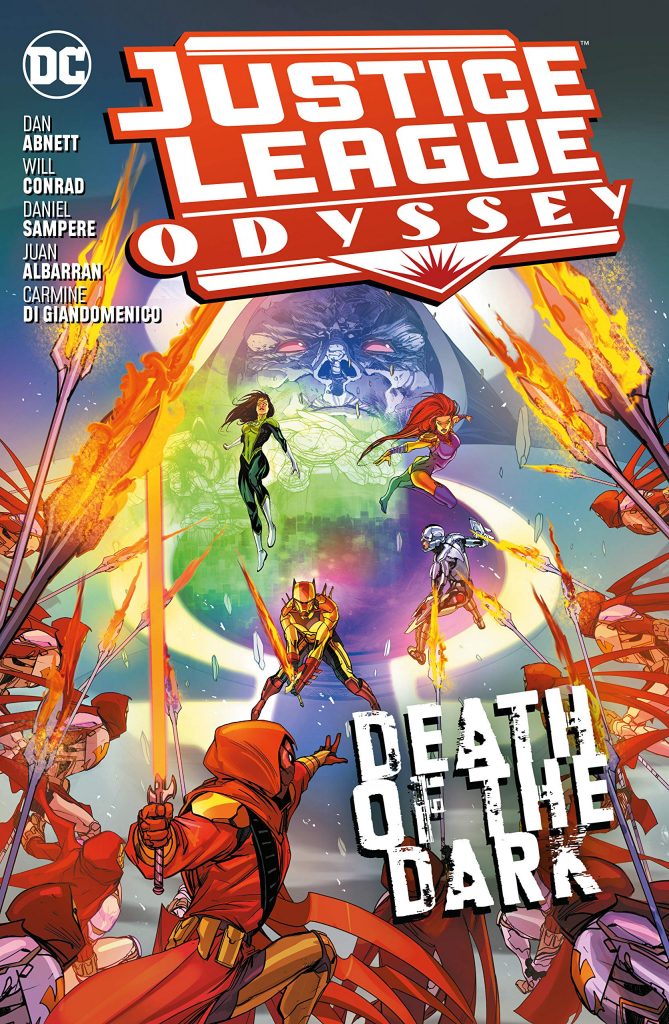 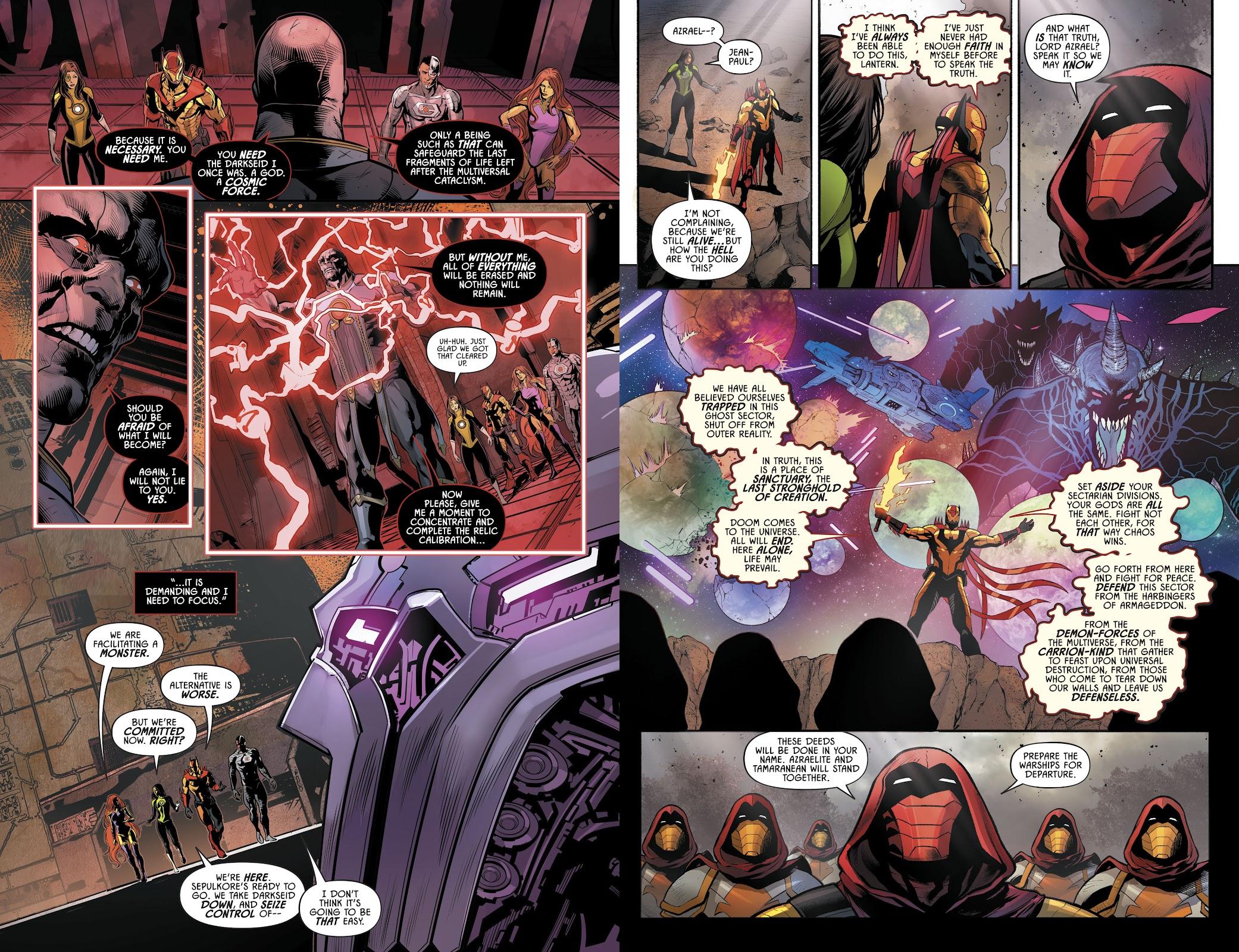 Justice League Odyssey stars Azrael, Cyborg, Jessica Cruz (Green Lantern) and Starfire, three of whom were revealed to be worshipped as old gods in worlds recently freed after being captured and shrunk by the Coluan race. One of the better revelations during The Ghost Sector was they took these extreme measures because each contained a hidden component of the technology Darkseid required to recreate Apokalips, desirable to no-one other than himself. The groundwork was laid by Joshua Williamson, but it’s Dan Abnett who picks up here to write the remainder of Odyssey.

One thing he clears up early, and reasonably convincingly, is how it is that modern day superheroes are revered as gods of old. Azrael acquiring new abilities from the deal is more contrived, but it’s consistent with everyone else getting a power upgrade. Overall Abnett picks up on what’s been established and makes it more interesting. What this section of Odyssey boils down to is whether or not Darkseid can be trusted when he claims to be telling the truth about everything. Some are prepared to believe him, while others believe he’s manipulating them.

Abnett may be around for the long run, but switching artists will become a series feature, although Will Conrad who débuts on the second chapter, will draw more than anyone else. He’s a very traditional superhero artist with no great flash to his pages, but clarity a priority, providing everything that’s necessary to understand what’s going on. The right hand art is from Daniel Sampere, whose strength is designing the weird creatures manifesting as protective mutations. The tentacled baby-faced aliens with shark mouths are the stuff of nightmares. An opening chapter by the welcome Carmine Di Giandamenico provides visual continuity with The Ghost Sector.

A continuing suspense is generated as to how much, if at all, the heroes may be controlled by Darkseid, and therefore unwilling to move against him when the time comes. That plays out very satisfyingly over the final two chapters. By then it’s almost halfway through Odyssey, and just as you’d want, things aren’t looking great for the heroes. See how they manage in Final Frontier.