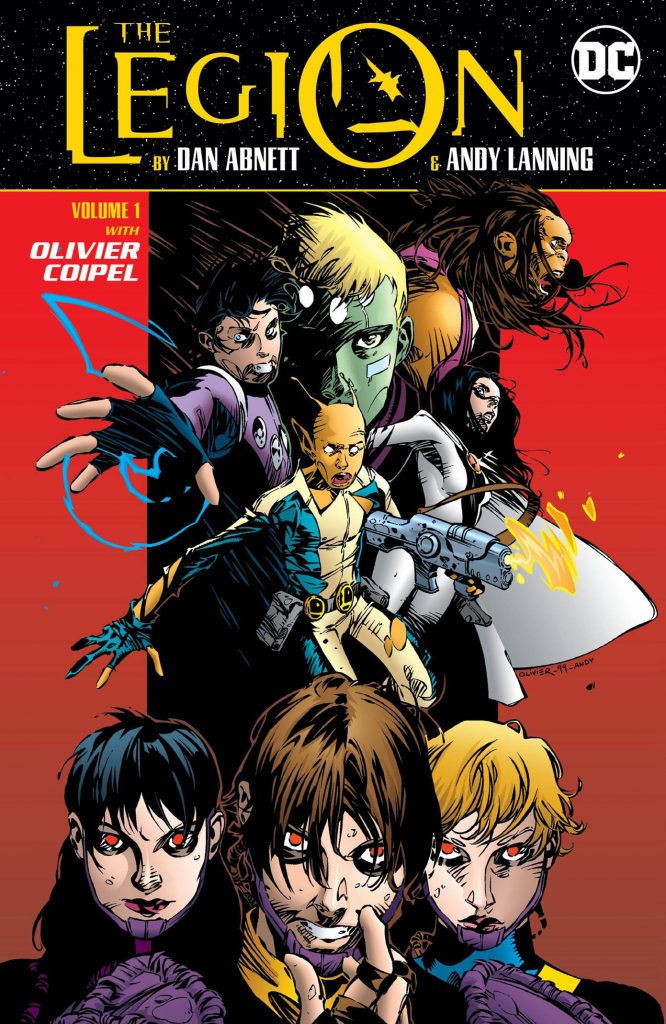 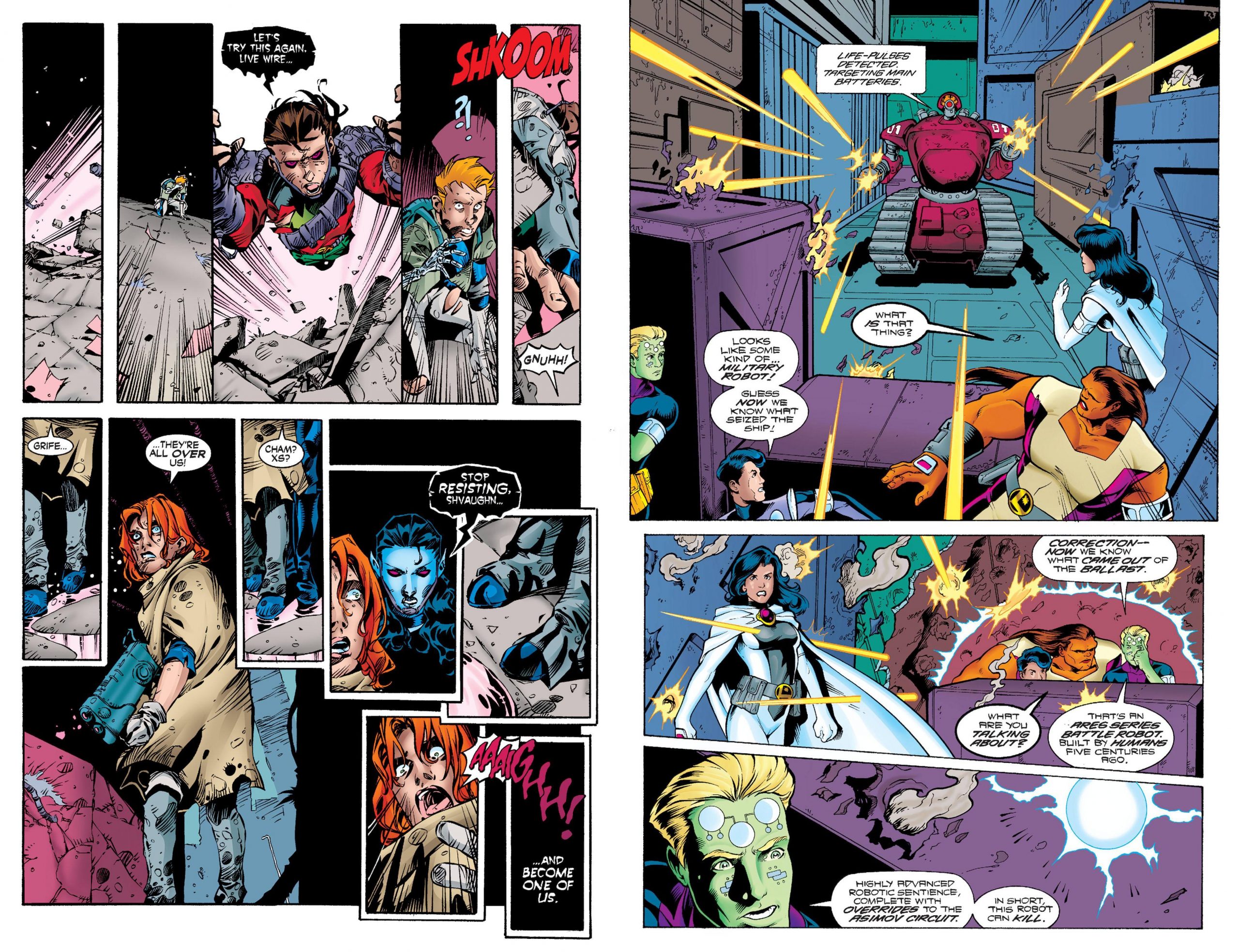 By 1999 the Legion of Super-Heroes franchise, so startlingly rebooted just ten years previously (see Five Years Later Omnibus), had long since journeyed from innovation and surprise into mediocrity and predictability. It still sustained two titles, but they were on life support when Dan Abnett and Andy Lanning were employed for drastic surgery.

In their opening story they in effect produce a test run for Volume 2, spotlighting a bunch of Legionnaires stranded on a planet with no way home, but the first two chapters are Abnett and Lanning feeling their way. Without the previous material to hand, some of the character traumas aren’t entirely clear, and the writers treat the Legion as a rescue and exploration squad. After that it’s into their main plot, concerning the Blight, a malign collective intelligence that absorbs and controls people. Several Legionnaires have fallen prey. Taking their cue from Five Years Later, the writers just throw us into the middle of circumstances, with the Legionnaires who remain at large attempting to save any people they can. As it’s different type of enemy for the Legion, a more conceptual and horrific one, the result is a leap up the quality scale in a story of utter desperation.

A demarcation line between the Legion of old and the Legion under the Blight is the appointment of Olivier Coipel as artist. The contrast when he takes over is a giant step away from the Legion of old, as seen by comparing his sample art with that of Jeffrey Moy (right). Moy’s art is very acceptable, but new times call for a different look. Coipel’s is a world of scratchiness, oblique glimpses and grimy locations, and once he’s aboard slightly cleaner versions of his look are used by guest artists.

Another good aspect of the Blight story is that while compressed into four chapters, it takes place over a period of months, and the consequences don’t just evaporate. Two following chapters explore the political cost to the Legion and to Earth, and some elements persist to affect Legionnaires in the following volume. Consider the first two stories a form of settling in, and the remainder is a thrilling read. It’s not the classic Legion of Super-Heroes, but isn’t intended to be, and the high concept replacement still reads very well. Why did it take so long for a trade to be issued?