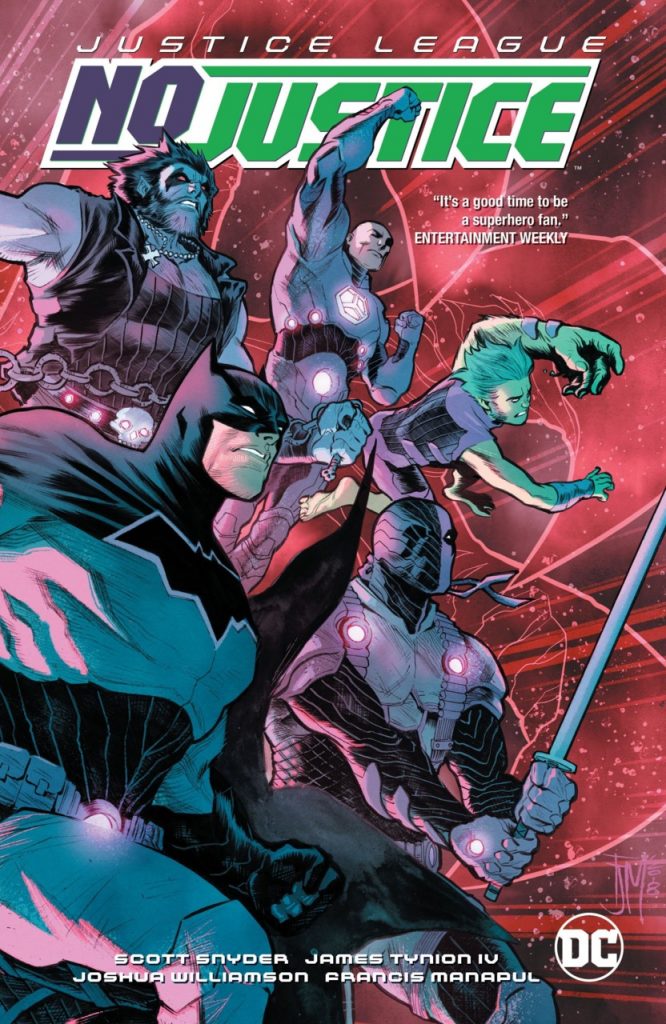 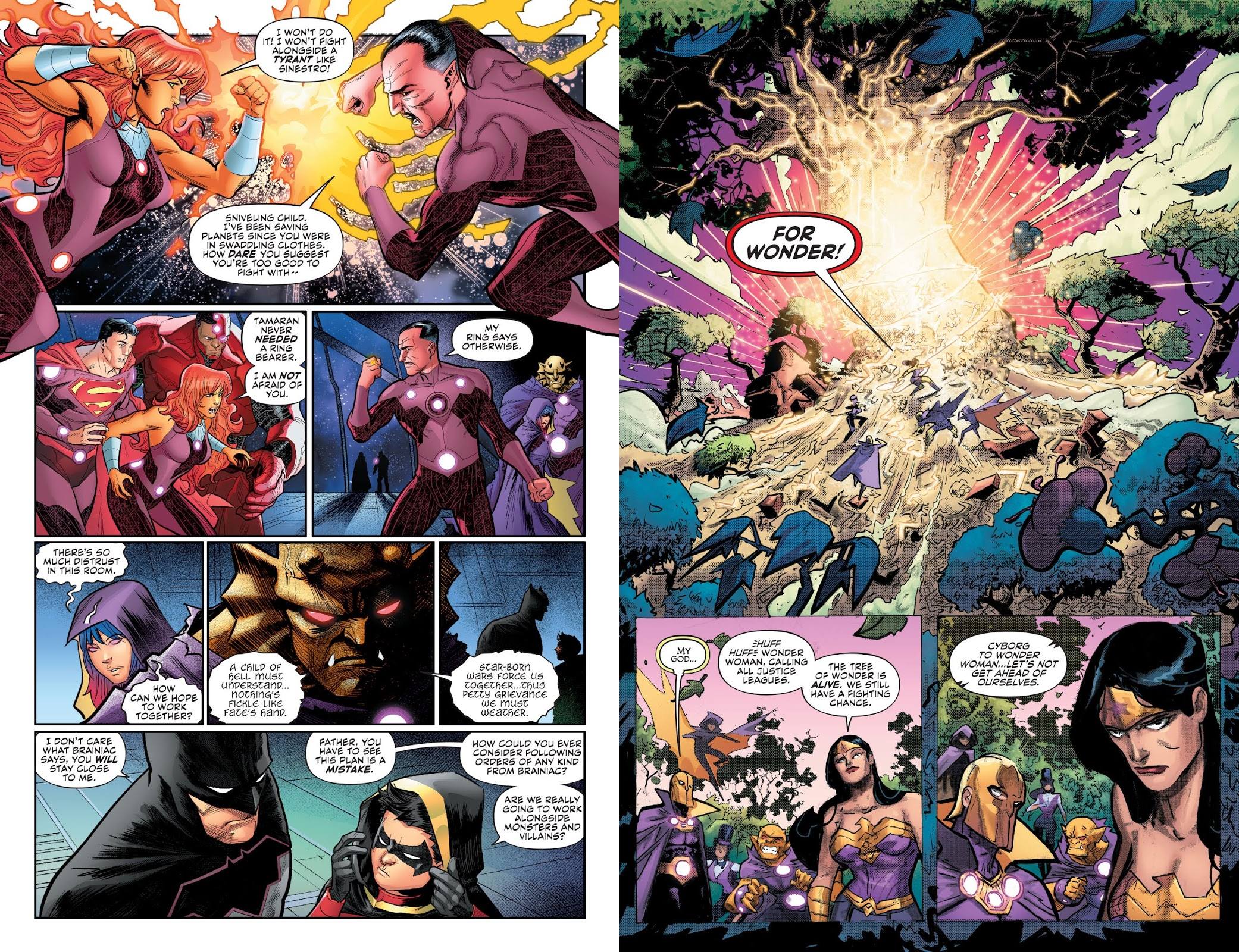 Since time immemorial the Source Wall has a been a barrier between the DC universe and something malign trapped behind it. The breaching of that barrier has let ancient forces loose, including cosmic entities who embody fundamental energies of the universe. They’re intent on increasing their power through absorbing entire planets and even scare Brainiac. He sees the one chance of survival to be picking members from Earth’s super powered community, reconfiguring them into new teams, and adding some villains. It’s a reluctant group of heroes, but Brainiac’s conceived a plan that must be followed to the letter, and to ensure co-operation he’s implanted something on Earth to attract the beings should the heroes fail.

Writers Scott Snyder, James Tynion IV and Joshua Williamson collaborate all the way through, and one of them is responsible for the fantastic first chapter ending. The heroes have been gathered, the explanation has been provided, and the rug is then pulled away.

As designed by Francis Manapul, the threats resemble the Celestials from Marvel’s Eternals, giant compared with humans, and with strange illuminated patterns on their armoured bodies, but in what follows they only play a small part. Manapul’s back for the conclusion, but in the meantime two other artists step in. Marcus To’s art is in broadly the same naturalistic superhero style as Manapul, but Riley Rossmo’s pages opening the third chapter are a real shock to the system. It moves the look from broadly human to strangely posed angular figures with an especially gruesome Wonder Woman. Jorge Jimenez’s contribution is in the form of a prelude teaser, strangely placed at the end.

No Justice jogs along throwing in some unexpected puzzles, and the idea of people being forced to work with unfamiliar allies keeps matters relatively fresh as the personality dynamics clash. Surprisingly fascinating is telepathic would-be alien conqueror starfish Starro, who has a history dating back to the Justice League’s first appearance, and there’s also a good part for Amanda Waller. However for all that, DC pull out the extinction event from the hat way too often, and after a few years the escalation ceases to have the power it once did, and No Escape suffers from that to a degree.

No Justice stands on its own as a fun read, but also serves as a transition between the events of Dark Nights: Metal and Scott Snyder’s subsequent Justice League series, starting with The Totality. Much of what’s been seen here eventually feeds into that run. 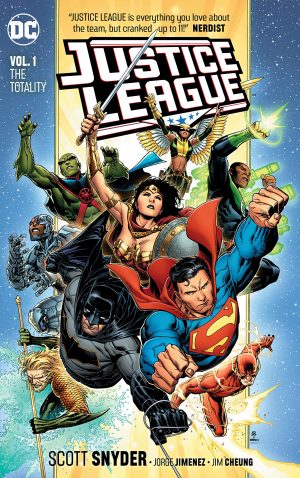 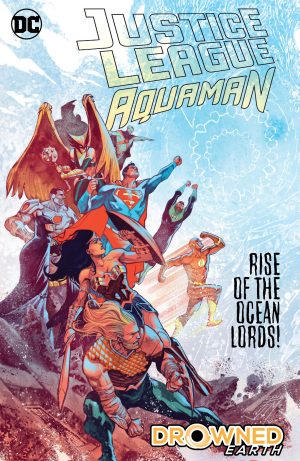