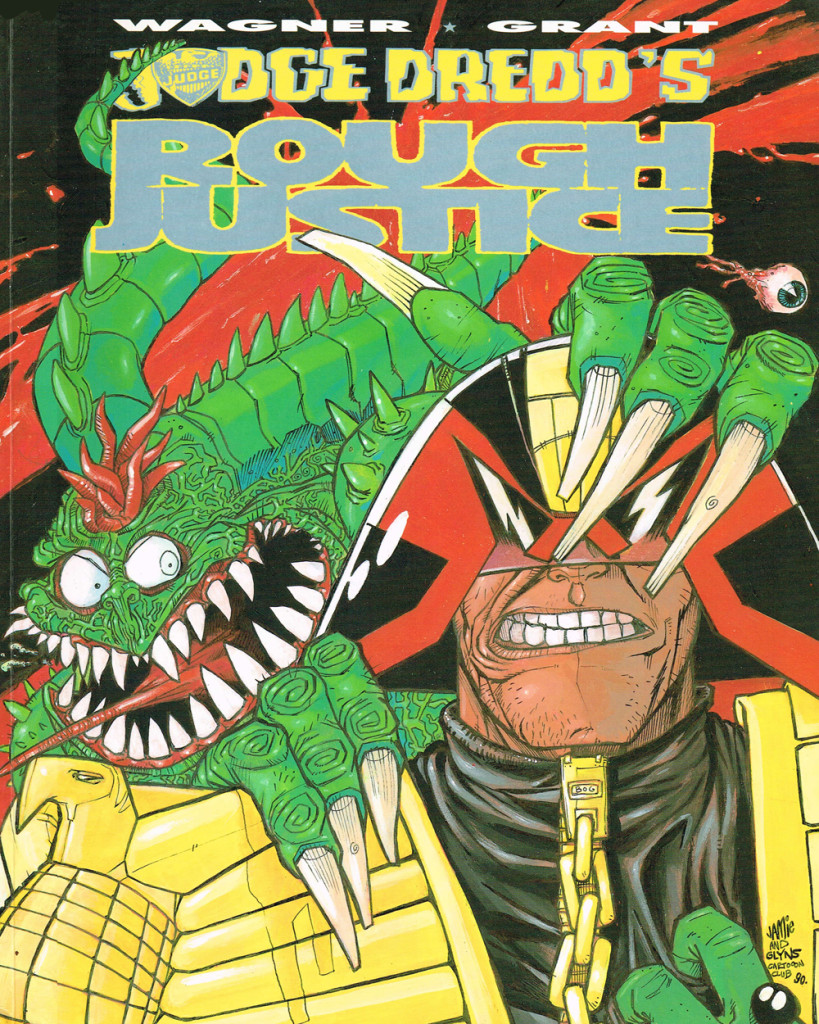 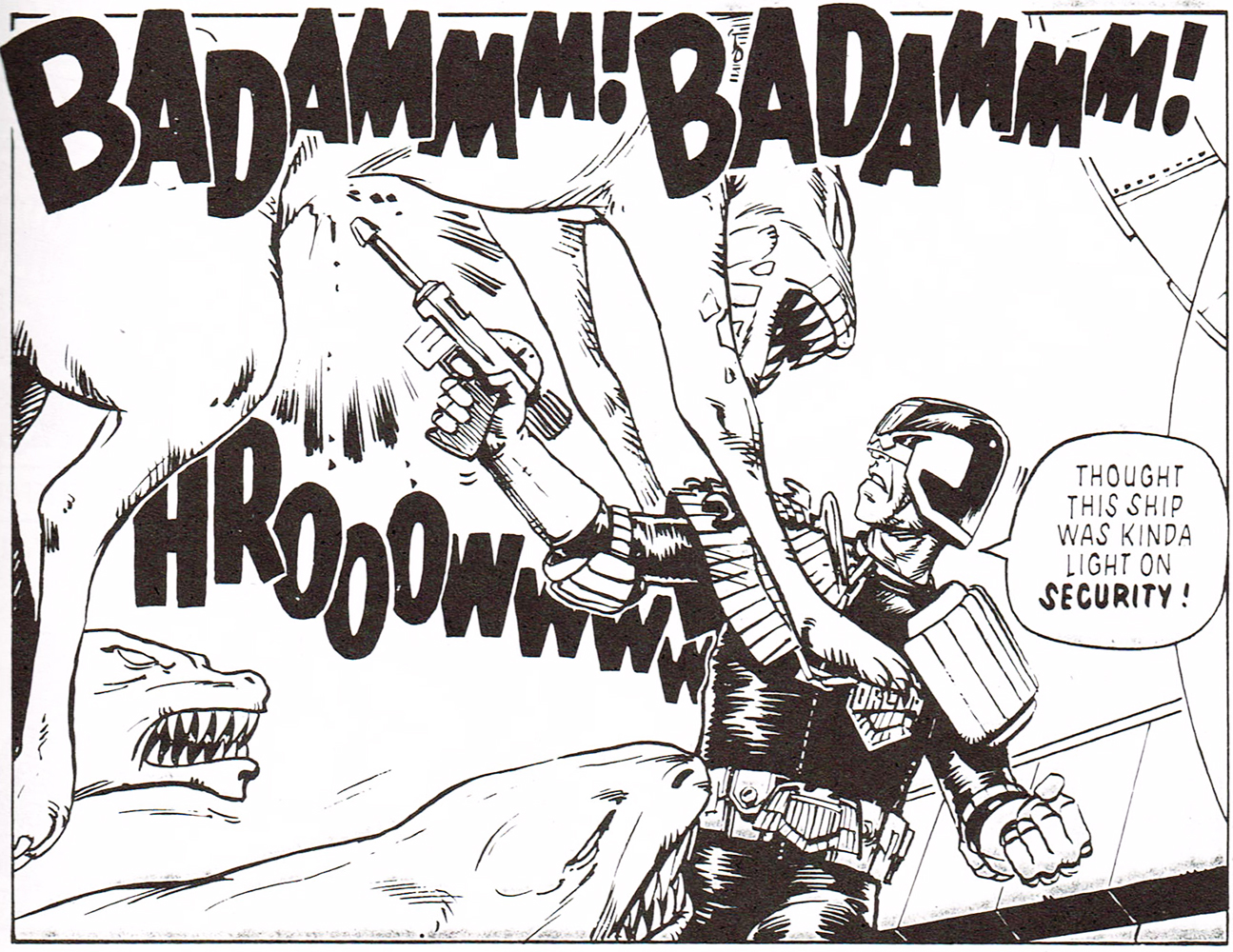 Some favourite artists never drew enough episodes of Judge Dredd to merit a collection spotlighting their work alone, so Rough Justice features various artists, rather than spotlighting a single artist like most of these 1980s Titan reprints. All stories are written in collaboration by Alan Grant and John Wagner.

The book opens with ‘The Last Voyage of the Flying Dutchman’, with art by Bryan Talbot, and features an attack on the Grand Hall of Justice by a bunch of angry mutants. This was not the first time the building would be attacked, nor would it be the last. It’s slight, though.

Also just the single chapter is Kevin O’Neill’s ‘Varks’. The first shot of the alien Vark eating some poor kid’s mother is enough to give any sensitive soul nightmares, and the rest of the tale piles on the horror, made all the more effective by O’Neill’s uniquely angular and disturbing style. This gruesome content contrasts the trivial origin, with single word spoken by the aliens, “Vark”, being how the writers imagined characters in British soap opera Eastenders would swear if permitted to do so.

The next two stories are both drawn by Brendan McCarthy. The first, ‘Brain Child’, was McCarthy’s first work on Dredd, and the artwork is nothing remarkable, so giving no hint as to how he’d progress. However, ‘The Blood Donor’, shows an incredible development in his drawing style in the intervening seven years. The artwork for this brilliantly witty little story is absolutely superb, with McCarthy’s Dredd one of the most distinctive and imaginative ever produced. And it’s a real shame that it’s not colour.

Steve Dillon is the exception to the rule of artists not featuring in individual collections. The three-part ‘Trapper Hag’, though, was somehow missed from Judge Dredd 20. It’s a straightforward tale with a great villain: an alien bounty hunter that’s part-Predator and part-yeti. Dredd, as usual, kicks his ass, but not until Hag has despatched a number of judges and assorted crooks.

Brett Ewins draws the final story, ‘The DNA Man’. This was his first crack at Dredd, and his style is remarkably similar to McCarthy’s early work (they often worked together), well suited to a story that’s pure Hammer Horror. Sadly, although one of the longest in this book, is also one of the weakest tales, with exposition aplenty and some terribly clunky writing.

The great front cover, by Jamie Hewlett and Glyn Dillon, is credited, something that’s not always the case with this series.

Most of this book has something of an underground/horror/punk vibe, whether it’s Kevin O’Neill’s horrific Varks or ‘The DNA Man’ riffing on Frankenstein. McCarthy’s work on ‘The Blood Donor’ (beautifully complemented by superb writing) is the undoubted highlight of the collection, but there are quite a few other treats here too, whether it’s the memorably designed Trapper Hag or the truly disturbing metamorphosis scene from ‘Varks’.

The stories in this collection can also be found in Judge Dredd: The Complete Case Files 02, 03, 09 and 10.