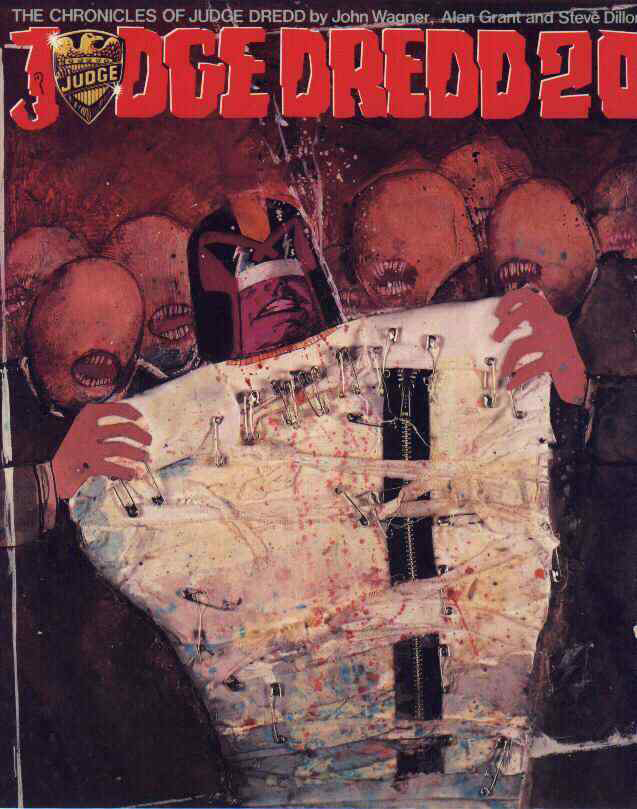 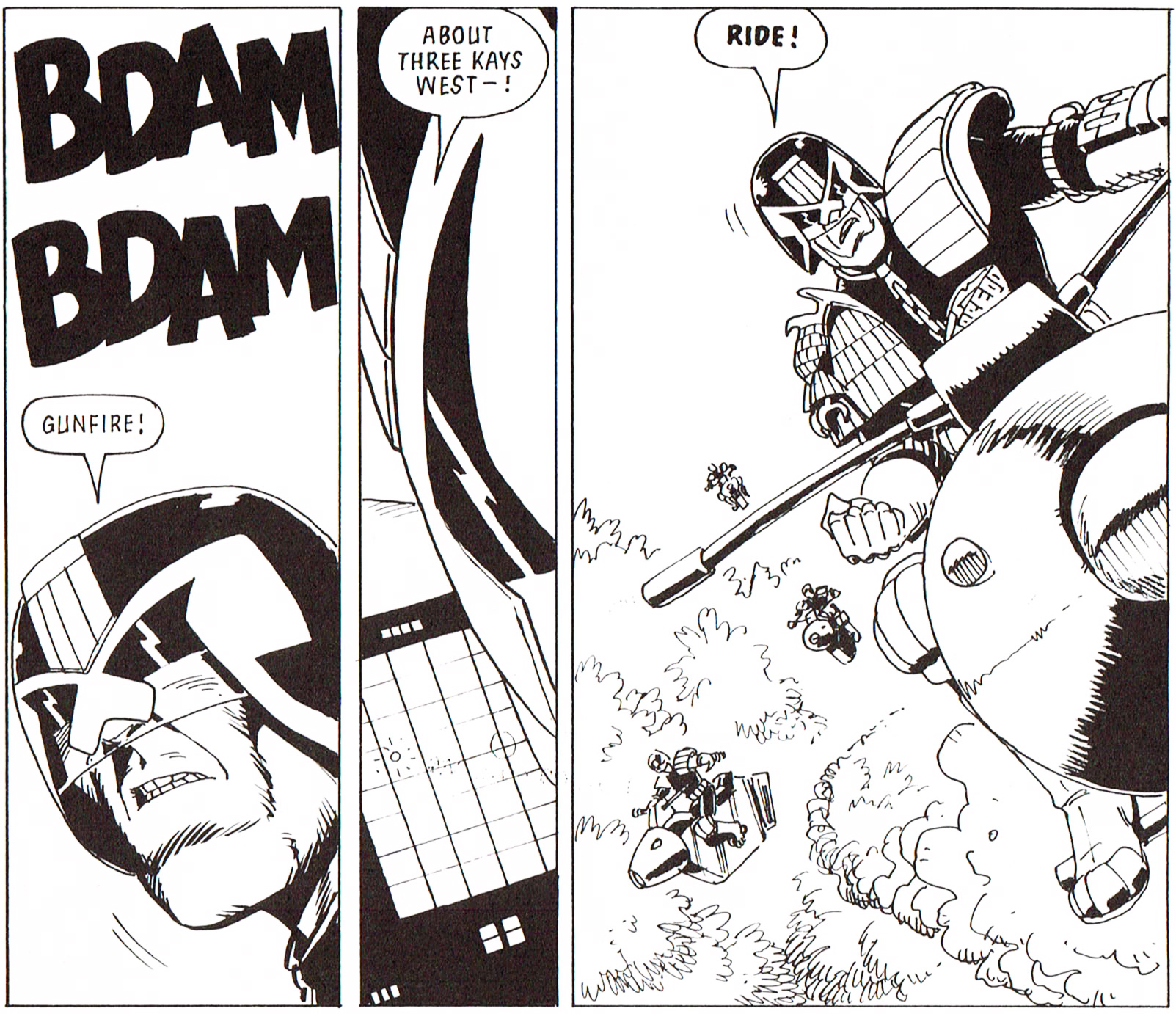 Judge Dredd 20 is the second book in this series collecting Dredd drawn by Steve Dillon, and includes three stories by Alan Grant and John Wagner.

‘The Beating Heart’ is Wagner and Grant’s take on Edgar Allan Poe’s The Tell-Tale Heart, and the two-part story is one that Wagner felt was in bad taste. Dillon is very good at portraying emotions, and his characters have a naturalism, which perhaps makes some elements, like the grief of the murder victim’s girlfriend, a little too distressing and close to the bone. This is an instance when a more cartoony drawing style may have worked better.

‘Slick Dickens’, inspired by the death of Truman Capote, is a cracking little one-part tale that jumps the shark for the bulk of the story. A deliberately florid and pulpy writing style allows for a great deal of humour, as does Dredd’s reaction when the curtain’s pulled back to reveal what’s really going on.

‘The Alabammy Blimps’ is a five chapters of Dredd and a small team of Judges trying to rescue the Brit-Cit Ambassador, who has crashed in the Alabama Morass in the irradiated Cursed Earth. This is an action packed with exciting set pieces, including Dredd fighting and killing a mutant alligator in a scene that’s worthy of Tarzan. Cannibalistic female rednecks may not seem like the most enlightened choice for villains, but it gives the writers the opportunity to have fun pointing out the inadequacies of the redneck menfolk. To complement the action and drama, there are also jokes aplenty, and Dillon’s Dredd is perfectly suited to the dry humour that the character often evinces.

Even this early in his career, Dillon’s storytelling clarity was exemplary, with the relative simplicity of his line-work, convincing rather than flashy, also aiding concentratation on what’s happening rather than how it’s depicted. His Dredd is very realistic, something that’s not always easy to pull off with such a complicated and elaborate costume.

This book, like many in the series, has a front cover by Bill Sienkiewicz, and also contains two Dillon covers produced when the stories were originally serialised in 2000AD. It’s a fine collection, with artwork that’s hard to fault, and stories that, apart from the possible mis-step of the first, are exciting, well written and action packed tales that should satisfy all fans of classic Dredd.

The stories in this collection can also be found in the Judge Dredd: The Complete Case Files 10 and 11.