Judge Dredd: Brothers of the Blood 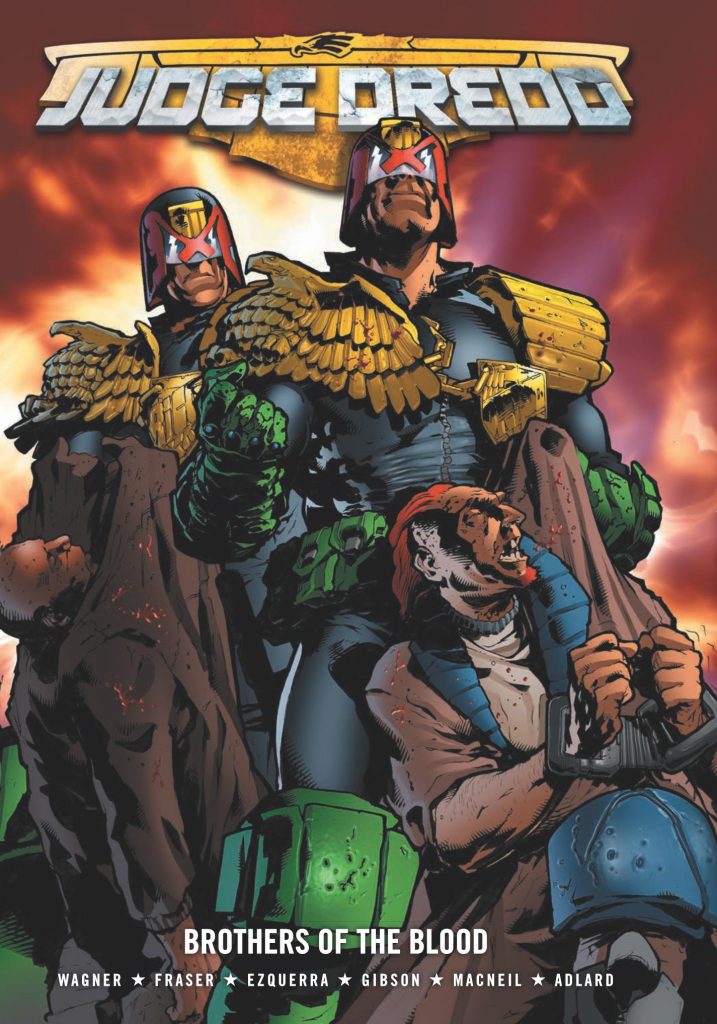 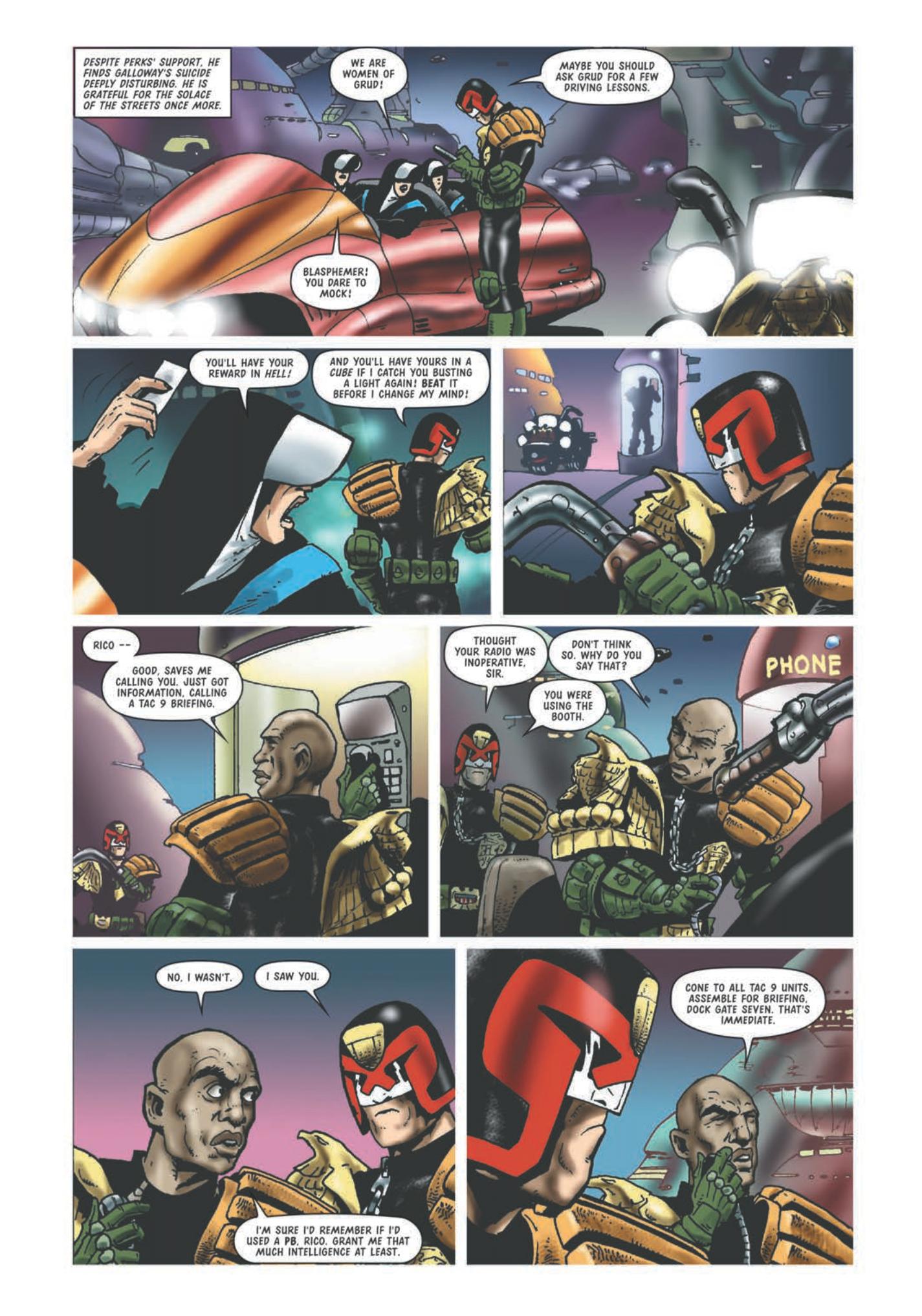 Other than an awareness of when a character is worth a return, John Wagner isn’t a writer known for delving back into his work to pick up on continuity. However, he does it occasionally, and here looks back to ‘Dredd Angel’ (see Judge Dredd: The Complete Case Files 08), to pick up on the clones of Judge Fargo. Dredd himself, of course, is a clone of Judge Fargo, hence the Brothers of the Blood title.

In a crisp three part opener, Wagner views the Dredd that was when younger through the eyes of the far more experienced present-day version. “He likes to think he’s more flexible, more easy going now”, is one caption, humorously counterparted with an illustration of Dredd telling a complaining citizen “You want thirty yourself, mouth? Button it!” He also revisits and expands on Dredd dealing with his own brother Rico, a story from very early in Dredd’s chronology. It’s a low key gem, some heavy emotional drama hidden behind convincing action well drawn by Simon Fraser. By the end, the clone has decided to adopt the name Rico on the basis of giving it a second chance.

The longer ‘Sector House’ has Rico now assigned to duty and facing the ethical decision of sticking to the letter of the regulations even if it means ending careers, building up more resentment with every mission. Someone is leaking operation details from the Sector House, and Wagner plays a clever game, hiding clues in plain sight, yet also presenting viable suspects with viable motives. Dredd is never seen without his helmet, so as his clone neither is Rico, and Carlos Ezqeurra’s sample art shows him drawing that familiar pulled chin, yet a younger version. It’s also found in The Complete Case Files 32.

Artistically this is a high quality collection beyond Ezquerra and Fraser. Charlie Adlard is still finding his style on the second longest story, but it’s imaginative art, especially shots of London landmarks dwarfed by Brit-Cit buildings, and it’s an absolute joy to see Ian Gibson’s airbrushed pages making a return on Dredd. Colin MacNeil’s collaboration with Wagner on America is many people’s favourite Dredd story, and this is another heartbreaker, considering the value of prioritising duty above feeling. No conclusions are reached, but it’s nicely pitched. “I did what I thought best” Dredd hesitatingly responds to his niece Vienna, perhaps the only person able to get to him.

Vienna goes missing in the final story, and Dredd heads to Brit-cit for a tense, psychological thriller. He realises early he’s being manipulated, but Wagner can afford to give that away as he has plenty more to surprise us with. The drama comes from Dredd considering that he has let Vienna down in the past, and he may now be too late to make amends. It makes him even more driven and determined than usual.

A tour around the Dredd family ends up back with Rico and the introduction of Dolman, at fifteen a complex character who’d have a role to play in Dredd’s saga on and off for several years. Combined with the previous two stories it makes for an unusually reflective Judge Dredd collection, but one that never disappoints.