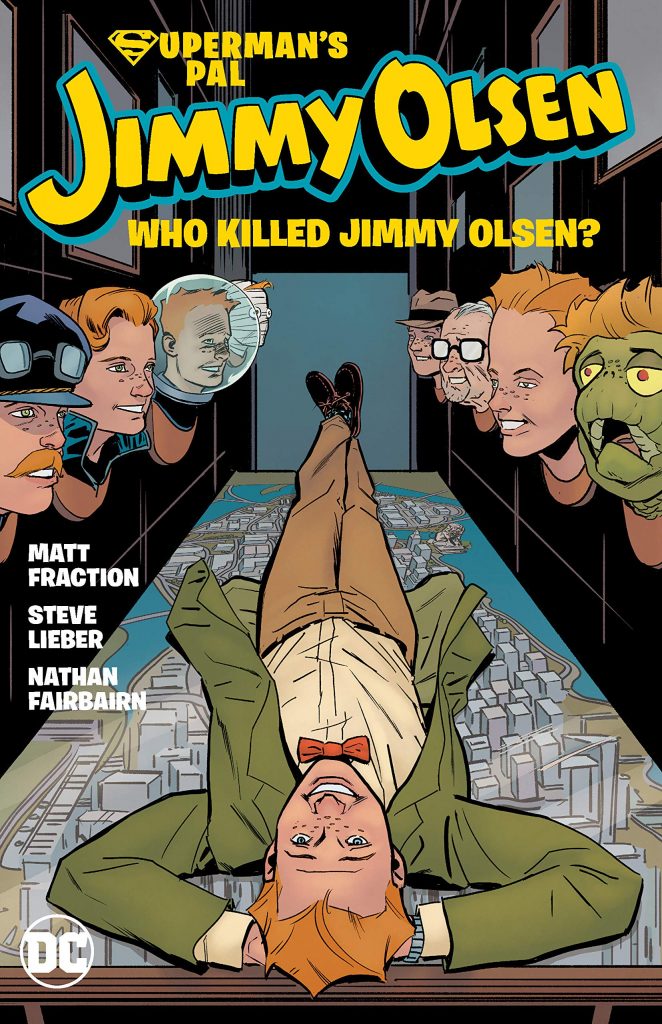 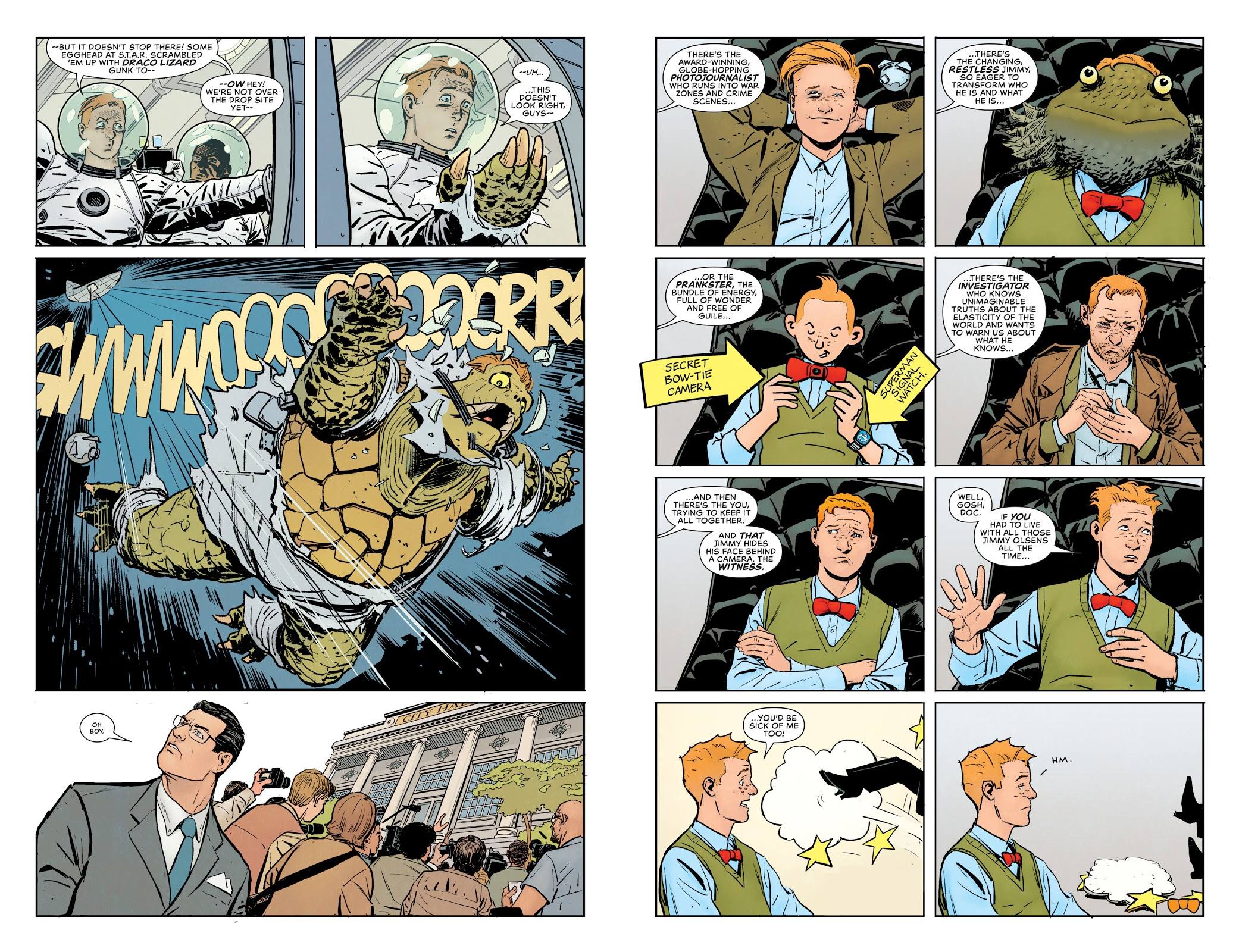 There’s a fine line to be straddled with Jimmy Olsen. Back in prehistoric times being Superman’s pal was enough credibility to earn him his own regular series running twenty years from 1954, and it straddled phases extending from genuine attempts to present stories about a novice journalist to Jack Kirby’s wild 1970s re-imagining. Most remembered, though, are the goofy stories from the late 1950s and early 1960s in which no disguise was too outrageous if a scoop was at stake, and Jimmy also experienced weird transformations. Check out The Amazing Transformations of Jimmy Olsen. It’s got a Brian Bolland cover if it needs any further selling.

Which brings us to the opening pages of Who Killed Jimmy Olsen?, presented by Matt Fraction and Steve Lieber as everything that can go wrong will go wrong. The left sample page about sums it up, and that’s even before Jimmy’s murdered. What Fraction and Lieber achieve isn’t to be underestimated. They take all the silliness of Jimmy in the past, pile in more, and then reveal that in the digital era The Daily Planet is only kept afloat financially by Jimmy’s online stunts, and that’s before Jimmy’s murdered. Did we mention that? The murder? It’s actually of little consequence, because although there’s a mystery continued from the first chapter to the finale, the wonder and enjoyment is in the succession of bonkers snippets from which the story is constructed. Fraction and Lieber channel the nuttiness of those 1960s Jimmy Olsen stories, and pull some great sleight of hand, because under the whimsy there’s a solid plot that’s been deconstructed and pasted back together like a Bizarro. Along the way we meet Julian Olsen, and Timmy Olsen, and several other Olsens including cute li’l Olsens, and Lois Lane, and Lex Luthor, and Superman, and Metamorpho, and Batman, and many more, while also seeing versions of Jimmy’s greatest transformations. The distant past has a great relevance, even if it might not seem that way. It enables captions like “Hold your stars and cross your garters gang! Set the wayback machine for a more genteel time, when men were men, women couldn’t own property and daughters were paraded about like chattel upon their sixteenth year in a grand pageant called a cotillion!” Other captions should be read in your best 1960s Batman TV show voice. Yes, out loud. You need to commit to a graphic novel this good.

For Who Killed Jimmy Olsen? to work it’s essential that the art treats the most ridiculous situations seriously, and Lieber buys into the style and wit completely, while also managing to have fun himself. Small, hilarious details constantly catch the attention, such as the pink flares and purple stack heels on an alien.

It surely is a joy from start to almost finish, a 21st century reinvention of Jimmy Olsen’s wild and wacky world. It spurts out in so many directions just like that 1990s pop analogy of the butterfly fluttering its wings in the rain forest leading to consequences that would see Leicester City winning the F.A. Cup. It’s surreal and anarchic like Queen Elizabeth II revealed as Banksy, yet also gives some truths in the strangest of circumstances, while supplying nods toward DC’s broader past. The only slight failing is a contrived ending, possibly a fatal flaw for other graphic novels, but here the moment is more important, and a few hundred anarchic, joyous and most of all funny moments massively outweigh any plot. You’ll be on the scale from chuckle to belly laugh all the way through. 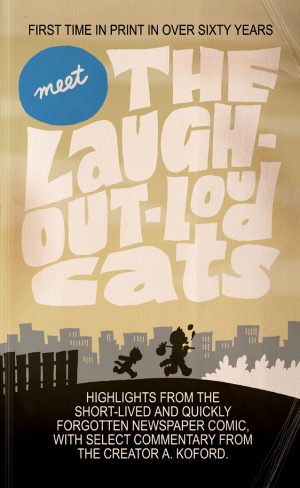