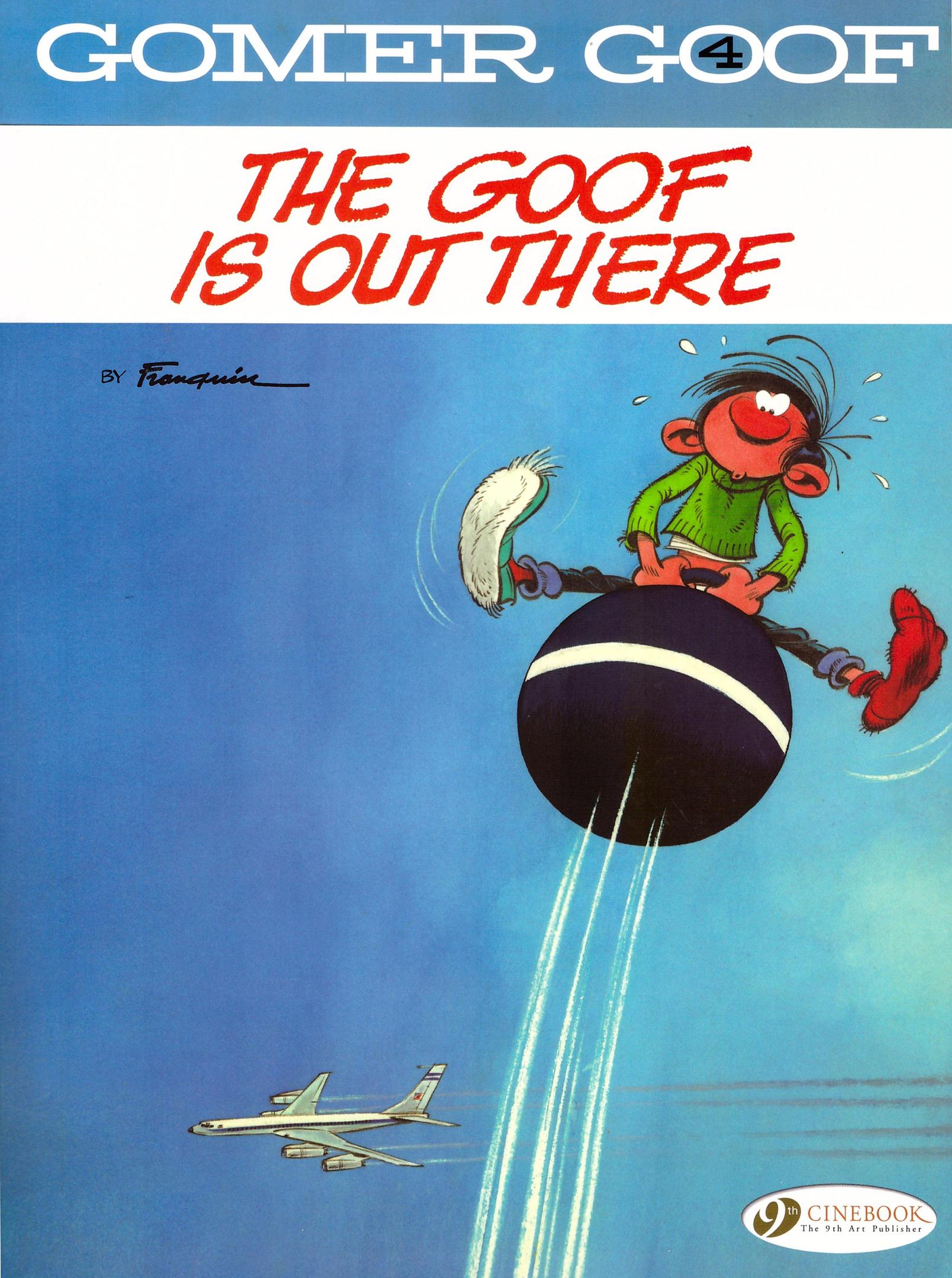 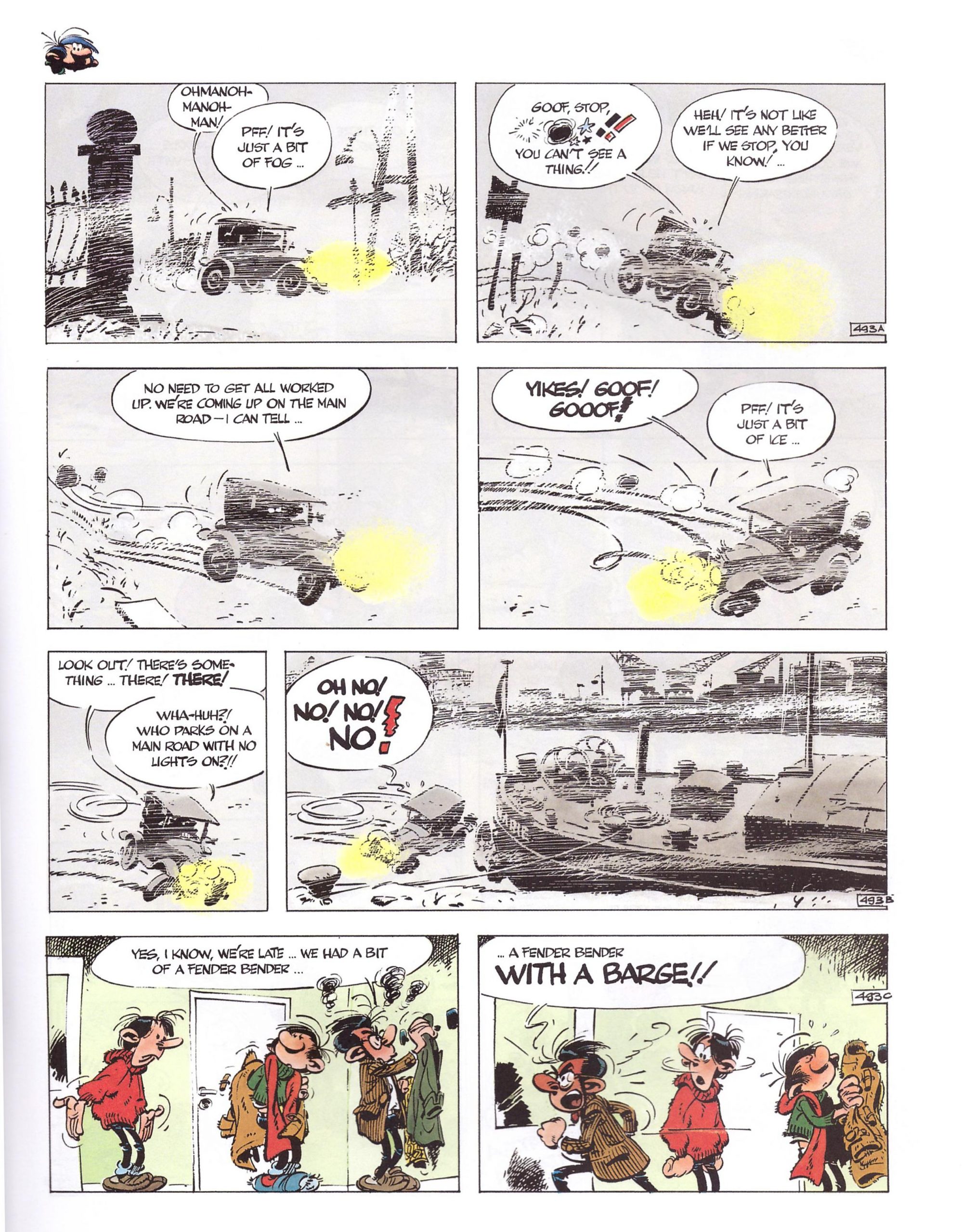 Only four albums in, and English language readers should already know what to expect from Gomer Goof. The peerless purity of André Franquin’s cartooning is the obvious starting point, and by 1968 Franquin was well into his artistic prime. Motion, expressions, poses and designs are all matters of beauty and elegance, with his forever slouching Gomer a masterful study. Almost all the strip’s recurring gags have now been established as well. We can admire Gomer’s ingenuity and creative mind, but we know his latest contraption is going to fail somehow, just as we know that when De Maesmaker turns up with contracts in hand there’s no way they’re going to be signed. The utter joy is in appreciating the ridiculous ways Franquin manages to conform to those expectations.

Introduced last time, the new Managing Editor Prunelle is more likely to take Gomer’s cock-ups in his stride than the previously apoplectic Fantasio, so Franquin introduces a new enemy for Gomer in the form of accountant Bacus. He’s determined to prevent any further blackouts or destruction to the office and its fittings, and keeps a wary eye on Gomer, his purpose really being just as another victim. Fantasio does put in a couple of appearances, one with Spirou, tying them in with Franquin’s penultimate Spirou and Fantasio album Babysitting in Champignac, not as yet translated into English, and presumably being serialised in the same issues of Spirou as these strips.

Gomer’s fault is continual excess. He’ll invent a strawberry crushing machine that shakes the building to its foundations, or a floor polish that’s so efficient no-one can actually walk on the floors without slipping. Much as we can admire Gomer’s tenacity, it’s Franquin’s creativity that stuns. Over a series of one page strips he establishes the disasters caused around the office by Gomer playing with an old fashioned cup and ball game, and the final time he uses it as the basis for a gag he doesn’t even have to draw the disaster. It’s enough to show Gomer, cup and ball in hand standing beneath a massive chandelier. Not every gag is a gem, but even the obvious ones are exceptionally well drawn by one of the greatest ever comic cartoonists, and that makes this collection another essential purchase. We next hit Franquin’s 1969 strips with Goofball Season.