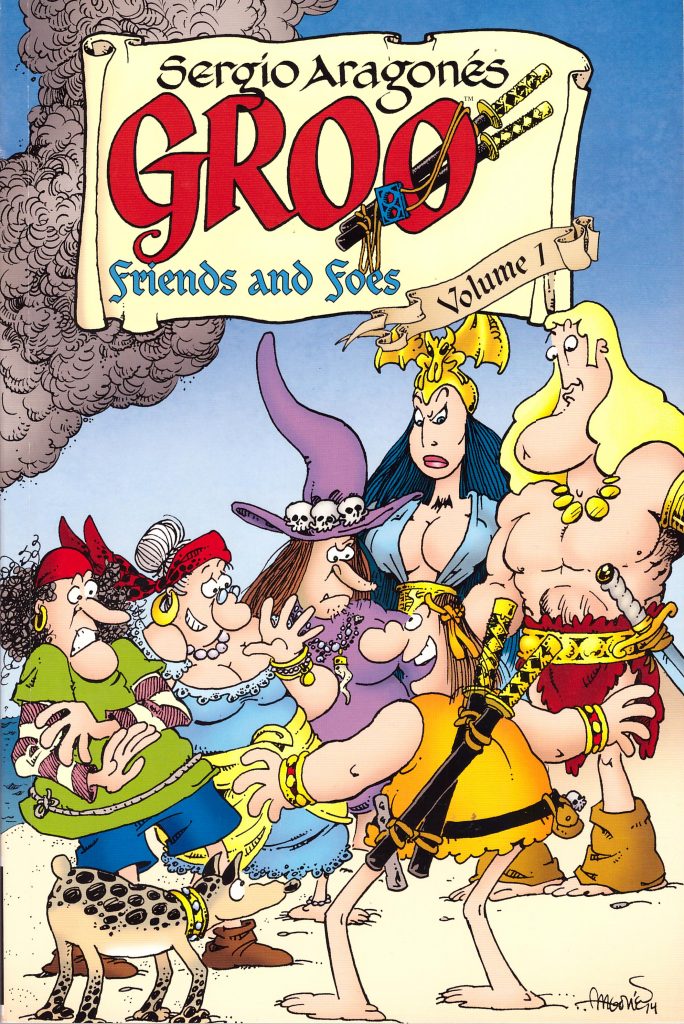 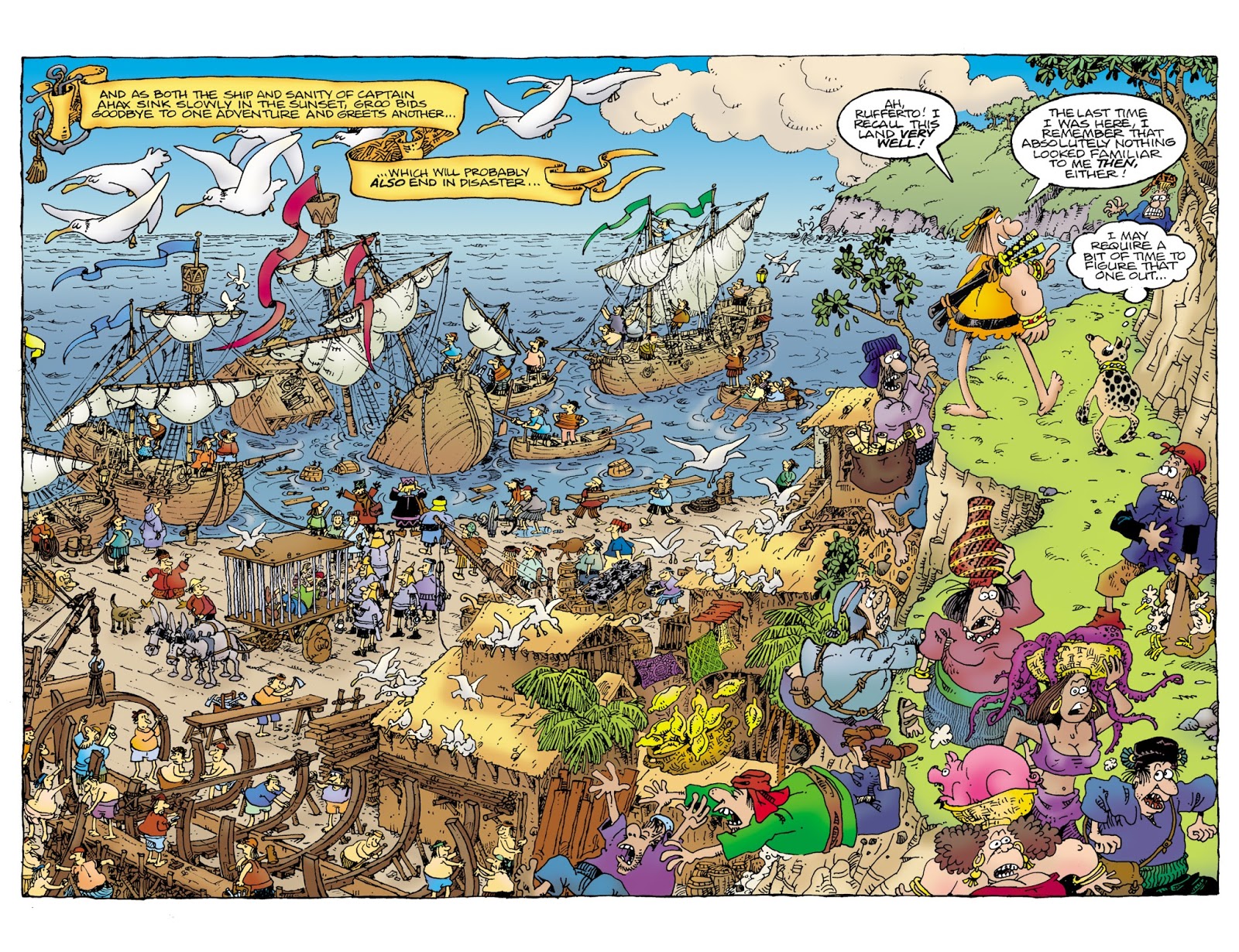 Ambition is generally considered a young man’s game, something for thrusting young bucks with something to prove. After more than thirty years of quality Groo entertainment, Sergio Aragonés and Mark Evanier surely had nothing to prove, yet embarked on their most ambitious Groo story to date, a full twelve chapters, in each of which Groo meets one of his friends or foes. The connecting thread is Kayli, a new character, introduced as a passenger on Captain Ahax’s latest ship, and searching for her father.

Also contributing to Friends and Foes being old home week is that since Groo switched from monthly publication to an annual four issues around the time of the millennium, many of the supporting cast reintroduced over three connected books hadn’t been seen for a decade or longer.

Some of those characters are more limited than others. Captain Ahax is pretty well a one note joke playing off the certainty that Groo will somehow sink any ship he boards. Back in the day Aragonés and Evanier figured it would be funnier if, like the pirates in Asterix, it was always the same Captain whose ships ended up at the bottom of the sea. The writing trick then becomes how to postpone the inevitable while dangling the hope in front of Ahax that he’s actually beaten the odds. Arcadio is similarly one note as a heroic figure with a manufactured reputation, but the creators can play more with his vanity and the pomposity of his dialogue. This isn’t just verbal as Aragonés has him strike some great poses in attempting to look perpetually heroic.

Granny Groo is little more complex, an unrepentant rogue who raised Groo and his sister to add them to her troupe of thieves. She’ll take advantage of anyone, and it’s only Groo who fails to realise that her love for him is only a manifestation of her desire to turn a profit from him. Arba and Dakarba are actually impressive, or might be under other circumstances. These two witches are competent and forward thinking, their only problem being that the man with no wits outwits them every time. Aragonés and Evanier have set a limitation on them, underlining that their reserves of magical power aren’t unlimited, and require replenishing, and their plot’s clever, unleashing the one thing that Groo should technically be unable to defeat. It’s a plan they’ve used before, in their first appearance way back in The Groo Festival, but this time there’s a twist.

As is always the case with Groo, the cartooning is wonderful, and still incredibly detailed. Is there still a hidden message in every chapter? That’s beyond the duty of a reviewer to discover. What has been discovered is that Groo remains as funny as ever, and it’s a treat to see the supporting cast again. Groo becoming reacquainted with his friends and foes continues in volume 2, or alternatively the complete saga is available in a single hardcover.