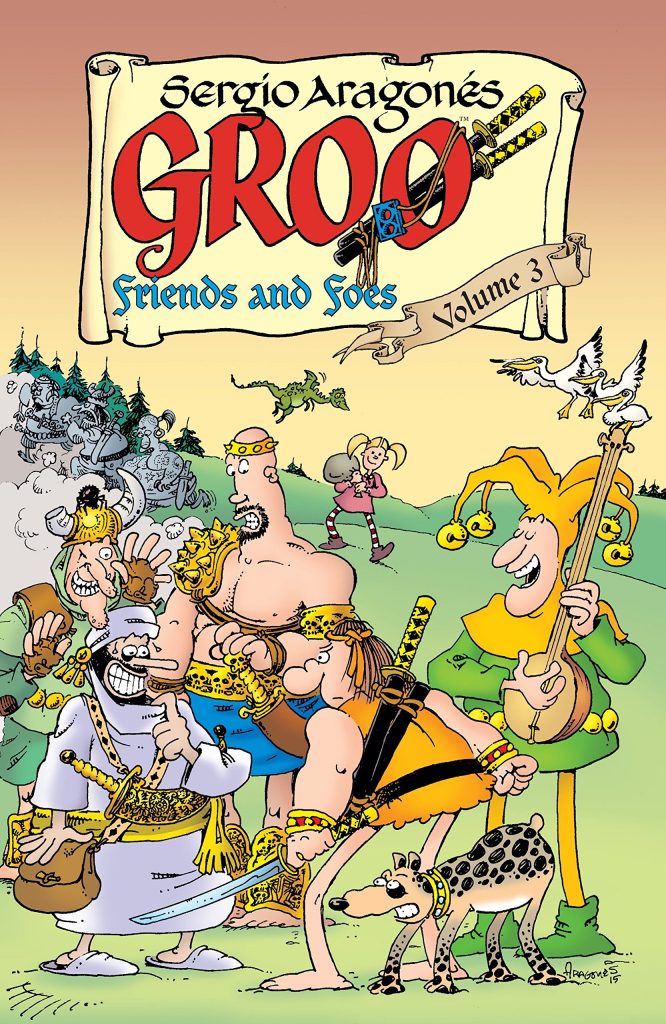 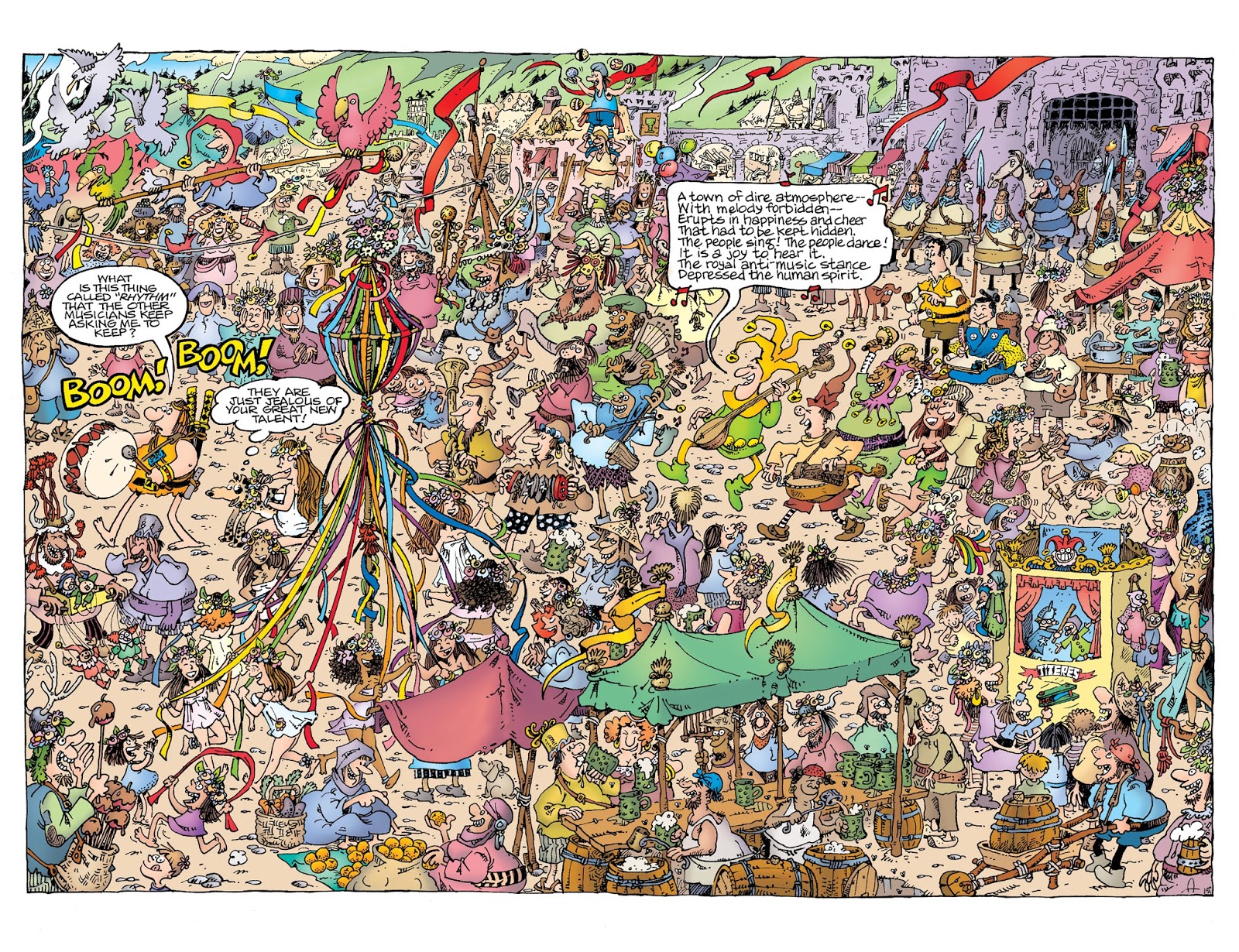 In this concluding volume of Friends and Foes, the emphasis is very much on the foes side, although such is Groo’s poor memory he can never remember whether Taranto is his friend or not (he isn’t), or whether Pal and Drumm tried to trick him last time they met (they did).

Due to the efforts of Weaver in volume 2, the world believes Groo is helping a girl find her lost father (sort of the case), for which there is a great reward (there isn’t). This attracts the attention of con man Pal, never one to let a possible scam slip by. His problem is that Drumm may be strong enough to protect him from people he’s conned, but he’s almost as dim as Groo. All round ruffian and pillager Taranto is a little smarter, but when Groo is the benchmark, that’s not setting the level high. The Minstrel has so far introduced every chapter with a pithy rhyme, but here steps further into the spotlight when he reaches a town where song and rhyming are forbidden by decree of the king.

The ability of Sergio Aragonés and Mark Evanier to weave new scenarios from familiar situations is magnificent, and additionally here events that might have seemed mere whimsy in previous chapters are found to have a purpose. A young girl accompanied by a dragon has seemed a charming homage, what with Game of Thrones being so popular, but we discover here that it wasn’t just random after all.

As Groo has been meeting his friends and foes over previous volumes, so has Kayli, the girl searching for her father, and she’s learned from the likes of Granny Groo and Chakaal, so can deal with dangerous situations. Because it’s the final volume, we also learn the identity of the father she’s been searching for, along with what a fine job Sergio Aragonés and Mark Evanier of hiding the identity in plain sight. It’s a real ‘doh!’ moment.

To have three Groo graphic novels released in a twelve month period is a return to the 1990s, but there’s also the option of a hardback containing all three. Friends and Foes is worth it.