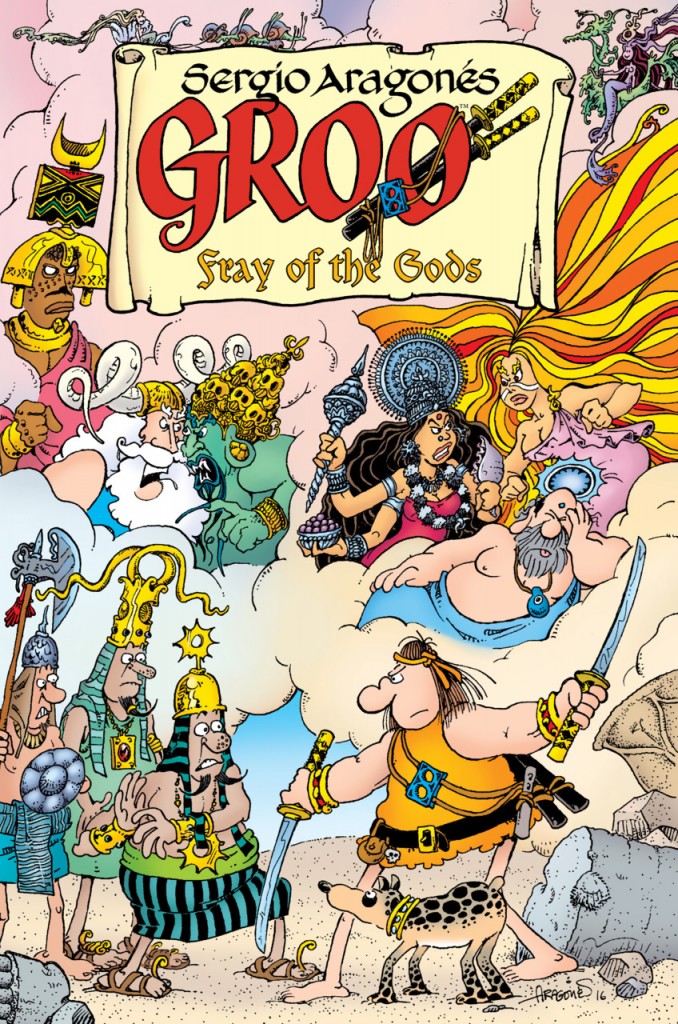 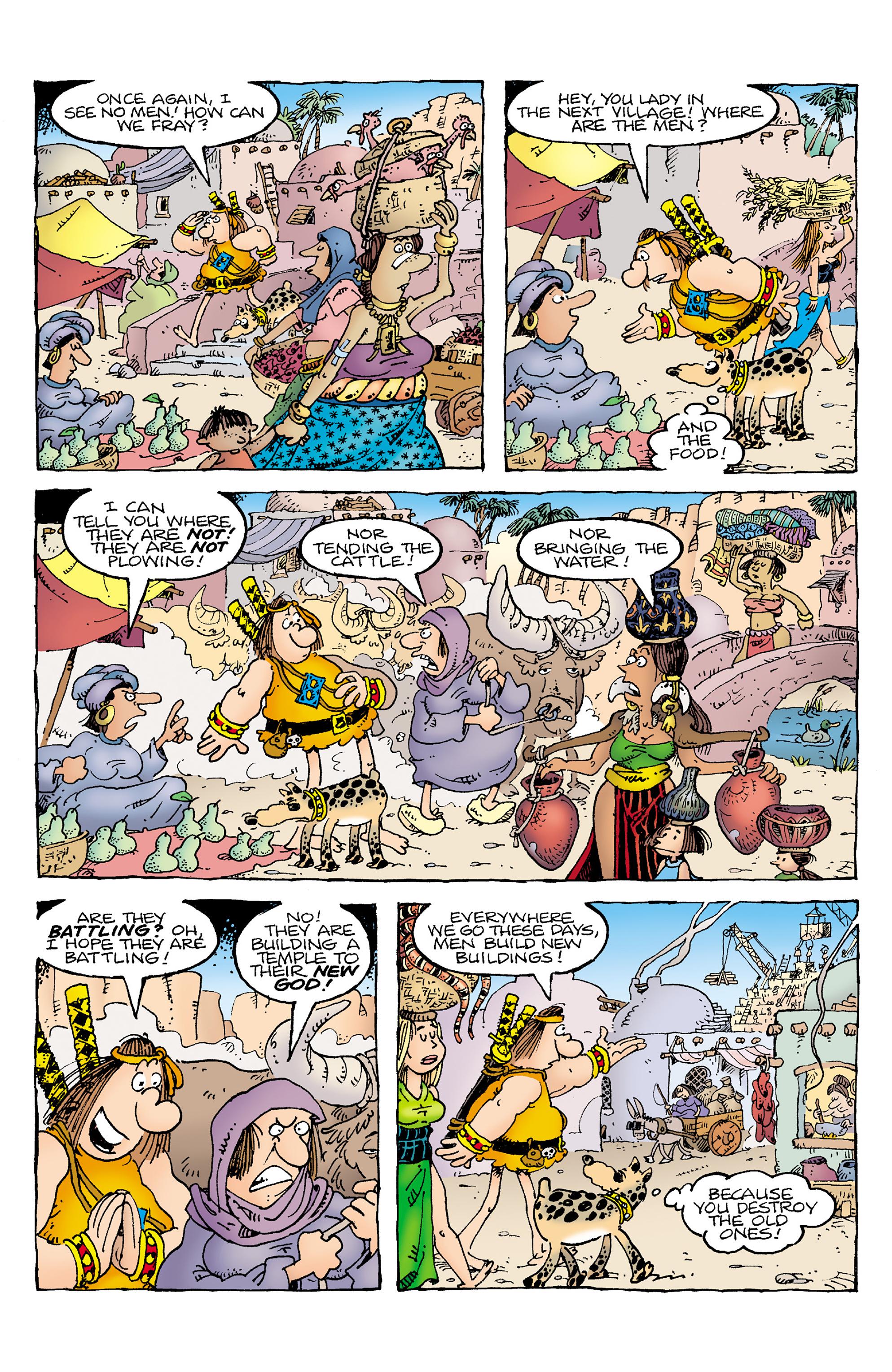 Since moving to an annual presentation Sergio Aragonés has often used his inept barbarian to comment on issues affecting the real world. As a tolerant, compassionate and well-travelled person Aragonés’ views are plain common sense to anyone reasonable, but those with fixed ideas about religion are often very far from reasonable. It’s just as well, then, that the religious commentary is largely in the broadest sense, about scoundrels who would co-opt religion as a means of power, or pervert belief for personal gain. They only touch very slightly on contemporary read world differences of opinion.

Groo’s involvement begins, as it so often does, with arrival in a village followed by a fray. The cause of the fray is two armies representing beliefs in different gods, with Groo, of course, an equal opportunity slaughterer. His formidable application has its usual effect, and before long a pretender to a throne who’s declared himself a god is on his way into exile.

If there’s one characteristic equal to Groo’s ready availability for a fray it’s his prodigious appetite, and while no-one would challenge him while eating, there’s only a limited supply of food in a village. This is tied in with the ambition of the Star God, the celestial manifestation of the earthly king who’s proclaimed himself a god. As his following increases, so does his influence on the celestial plane, causing some consternation there.

As ever with Groo, misunderstanding follows confusion and leads to farce. The phrase ‘hilarity ensues’ might have been minted to describe Groo’s exploits. Aragonés and co-writer Mark Evanier found their groove very early on Groo and have had to refine very little since. The plot elements drop into place with the precision of one cog interlocking with the next, and for all Evanier’s editorial comments about always using the same jokes, there are some very good new ones, not least Groo discovering an enemy he can’t beat (or understand).

Aragonés’ busy gag-packed cartooning is as consistent as the writing. The art can be compared with Groo material from twenty years previously and there’s no sign of decline or change, and give that some honest thought and you’ll find there are remarkably few comic artists you can say that about. Groo’s as good as it’s ever been.