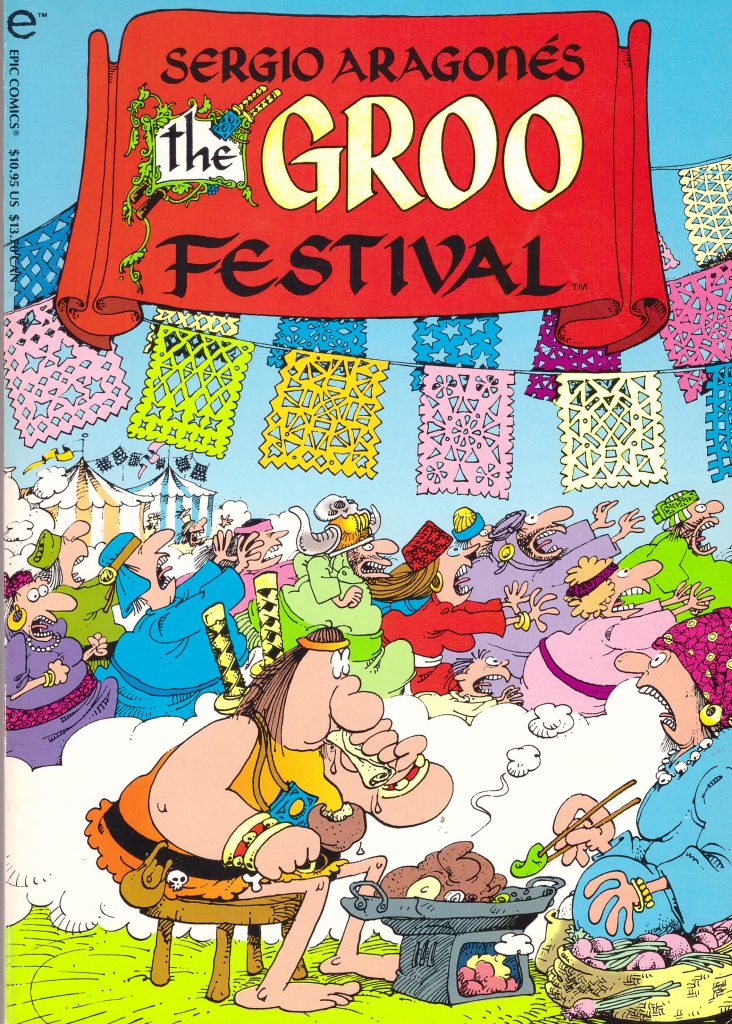 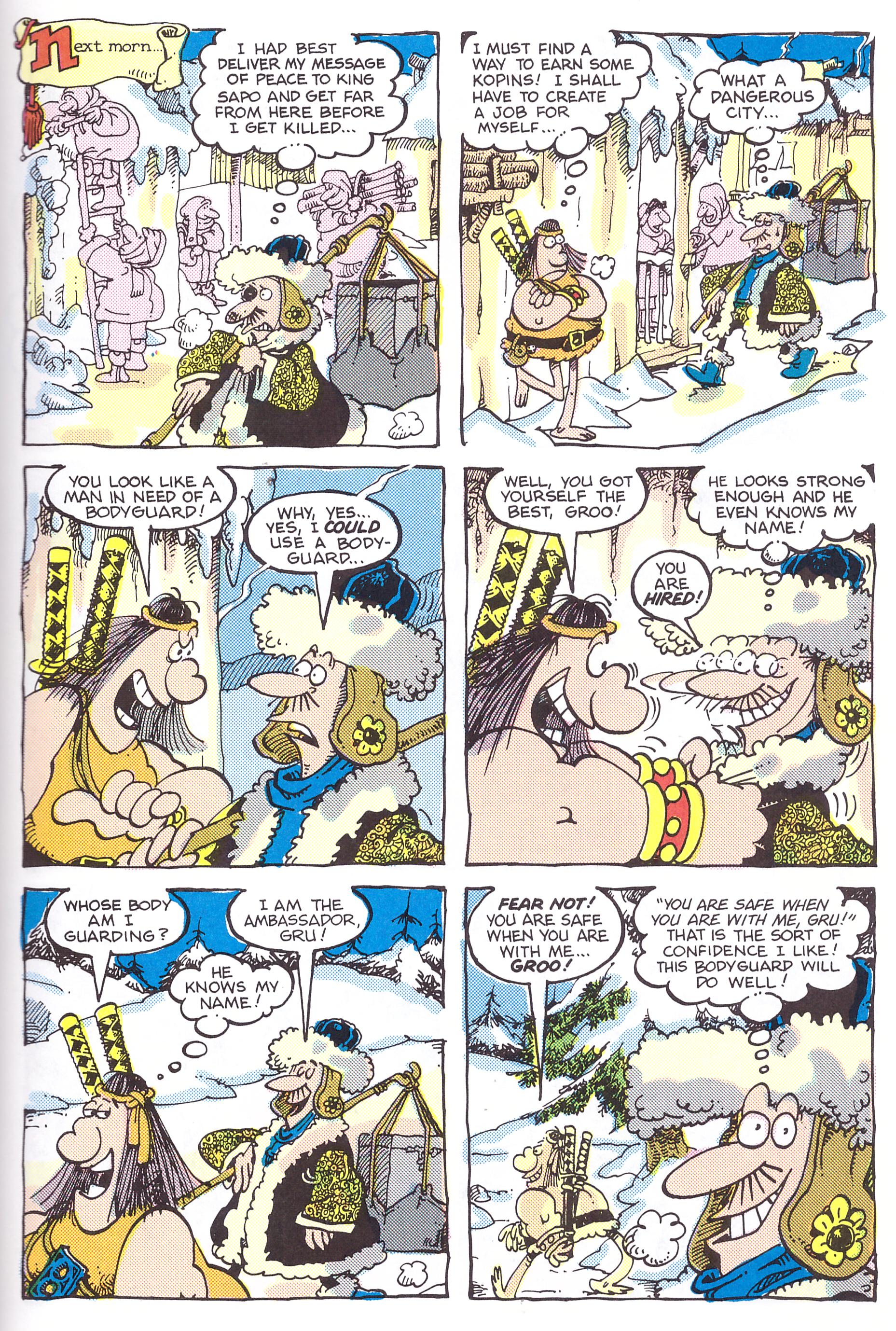 The four stories presented in The Groo Festival represent a richly creative spell for Sergio Aragonés and Mark Evanier, who introduce two pairs of recurring foes for Groo. Arba and Cadarba, not named here, are a pair of witches, and Pal and Drumm (or Pal’n’Drumm as they are in titles, to accentuate the pun), would be seen many times after their 1986 introductions, as would Arcadio, whose first graphic novel appearance was The Groo Carnival.

Another character with the potential for further appearances is also introduced, but was never seen again, an ambassador by trade, Gru by name. Yes, the story plays out exactly as might be imagined, but is nonetheless hilarious for that, cleverly scripted in order that everything would make perfect sense to everyone (except Groo) if the names were just written down, but chaos results from pronunciation. It’s odd that in a series built around the repetition of jokes and the maximising of confusion that Aragonés and Evanier never considered Gru was worth returning.

Being witches you’d imagine Arba and Dacarba would firstly have enough unusual strategies of their own, and also sense enough to avoid Groo. As do so many villains, they see only his strength and how easy he is to manipulate, never thinking for a moment his uncanny incompetence will be their downfall. It’s the same mistake conman Pal makes, here meeting his regular partner Drumm for the first time, and Drumm showing a little more intelligence than he would in later appearances. Their introduction is one of those stories where the greatness is built on anticipation. We know Groo is going to screw up, but you’ve got admire the creative way Aragonés and Evanier arrange that.

Unusually for Groo, where any supporting cast is generally just people Groo bumps into, the Arcadio story is a direct sequel to his previous appearance when a witch turned an entire town ugly. This has a frenetic animated quality as Groo keeps screwing up due to his feeble memory and Arcadio for once actually indulges in genuine heroic deeds, for all the good does him.

By this stage you either love Groo or you’re indifferent, in which case all the praise in the world isn’t going to convince you that his slapstick is first rate. The Groo Garden is next.